Anorexia in Men and Boys: Treatment and Statistics

Even though eating disorders are often associated with youth and femininity, men can also develop unusual thoughts and behaviors involving food and weight. In fact, according to the British eating disorders charity BEAT, about 25 percent of those people diagnosed with an eating disorder are male.

Men can develop almost every single type of eating disorder a woman can get, and that includes anorexia. But men with anorexia may have different signs and symptoms than their female counterparts. These men may need gender-specific treatments in order to both understand and overcome their anorexia concerns. 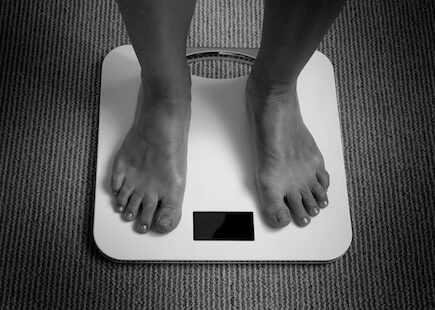 Anorexia often develops during the teenage years, when both boys and girls become vulnerable to the impact of cultural expectations. Teen boys look at their own bodies, and then compare their bodies to the ripped and toned bodies they see in movies and magazines. Often, these young people come up short, and they become determined to change their bodies to make them conform to the culture’s definition of beauty.

In a poll of adolescents, cited by the National Eating Disorders Association (NEDA), researchers found that 33 percent of males used unhealthy behaviors to control weight. These boys may have used exercise, diet changes, or both in order to drop pounds and make their bodies slimmer. Those behaviors could become yet more intense with time.

A teenager who intends to drop a few pounds with exercise could enter a sort of feedback loop. The pounds the boy drops make him feel better about himself, but he might remain convinced that he needs to lose yet more in order to reach his ultimate goal. But losing another pound or two does not seem effective, so the boy sets out to lose more. At this point, the boy is no longer trying to lose weight for health purposes. This is a boy that is consumed with losing weight, and his behaviors may qualify him for a diagnosis of anorexia.

According to NEDA, a body weight that is 15 percent or more below what is expected for a boy’s age and height could qualify him for an eating disorder. But few families of teenage boys pop their children on scales in public places. That means a boy might lose weight at a rapid clip without causing his family any sort of alarm or concern at all.
As a man in recovery from anorexia writing for Vice points out, men and boys with anorexia may be much thinner than they should be, but the shape of a male body can help to mask the issue. This man was told that he was “well chiseled” during the intense phase of his anorexia. His muscles stayed in place, and he had height and good bone structure, so his weight loss wasn’t readily apparent to others.

But there are many behaviors associated with anorexia that people can and do spot in the men and boys they love. The National Eating Disorders Collaboration says those warning signs can include:

Any man could develop these warning signs, and when they appear, any man who has them should be encouraged to get help. But there are some men who have a higher risk of developing anorexia, when compared to other groups of men. Families of men like this might need to be a little more aware of anorexia habits, so they can step in when those habits appear.

Men who identify as gay have traditionally been associated with the development of anorexia. NEDA reports that among those with eating disorders, 42 percent identify as gay. Some say that gay men are overrepresented in studies of eating disorders, as there is an awareness in the gay community of disordered eating behaviors. That awareness could lead more gay men to enter treatment. So researchers might think that being gay is a risk factor for anorexia when being gay is simply a risk factor for getting treatment for anorexia.

But regardless, there are some aspects of gay male culture that could boost a man’s risk for anorexia. For example, the fetishized gay male body is traditionally thinner and leaner than the male body revered in straight culture. Gay men may come to believe that they must be on the lean side in order to attract other gay men, and they may resort to unhealthy behaviors to achieve that body size.

Clearly, there are risk factors associated with being male and gay. In addition, there are other risk factors that make certain men more likely to develop eating disorders.

For example, some men face severe abuse early in life. They may be taunted and teased about weight when they were very young boys, or they may have been targets of sexual abuse or sexual harassment early in life. These abusive incidents can result in a feeling of lifelong victimization and a loss of control. Anorexia can spring from those roots. Boys and men who change their diets might feel as though they are in control of how others perceive them, maybe for the first time, and that power of anorexia may become a little addictive. Changing body shape or size can also make a man feel as though he isn’t subject to the abuse he felt when he was thicker, and that can be empowering, too.

NEDA also reports that participation in some types of sports could result in the development of male anorexia.

These types of athletes could be at risk:

To an outsider, anorexia can seem uncomfortable. Limiting food intake to the point of starvation, or exercising so excessively that there is no time for activities involving work, love, or family just is not something most people would sign up for. But men with anorexia can have a completely different take on what their behaviors mean, and how engaging in those behaviors makes them feel.

For example, a man interviewed for US News and World Report suggests that his anorexia gave him a sense of power, in the midst of a life that felt very hard to control. He had mounting bills, he faced a difficult job market, and his studies were not going as planned. All of those stressors felt insurmountable, but he could control how little he ate. When he managed to eat nothing at all, he felt as though he had done something worthwhile and important. In a way, his eating disorder was the only think about his life that he was proud of.

While women might have a little alarm bell that starts to ring when they develop unusual behaviors involving food and weight, men may not have those ingrained warnings. As an article in New York Magazine points out, about 70-80 percent of men with anorexia get no treatment at all, partly because men are unaware of what anorexia looks like. They are not exposed to lessons about anorexia from a young age, so they don’t see the signs in themselves when they appear.

That means men living with anorexia may be deeply troubled, but they may be completely unable to identify why they feel that way. They may not be hiding their behaviors as much as simply misunderstanding them. That sense of misunderstanding could keep them out of the treatment programs they need in order to recover.

While men may not be aware that their behaviors fall into the spectrum of anorexia, it seems clear that professionals are learning more about how anorexia manifests in men. These professionals are working hard to ensure that men get the help they need.

For example, the National Association of Anorexia Nervosa and Associated Disorders reports that one in four children referred to an eating disorders professional for help is male. The website Mental Healthy reports a 66 percent rise in male admissions to eating disorder treatment programs in England within the last 10 years.

Men using anorexia as a method to deny homosexual feelings might need therapy that’s specifically designed to help them accept their thoughts and resolve whatever conflicts those thoughts might bring up. These are not men that will recover in an eating disorder program that revolves around body image. These are men who need to deal with the trauma and taunting that keeps them from accepting their thoughts as healthy and acceptable.
Similarly, men who use exercise as the sole means of controlling weight may not benefit from women’s programs that tend to focus on starvation techniques. These men may not need to learn how to pull together a healthful diet, and sit down and eat a meal until it is gone. These men might need to learn more about setting fitness limits and accepting their bodies as they look right now. That might not be the sort of help they get in a program for women.

Disclaimer: Facilities in the American Addiction Centers family do not treat anorexia, but if you come to us for another issue, we can refer you to programs that can help.

Last Updated on March 18, 2021
Share
Editorial Staff
The editorial staff of American Addiction Centers is made up of credentialed clinical reviewers with hands-on experience in or expert knowledge of addiction treatment.
Related Topics
Related Tags
statistics
Don’t wait. Call us now.
Our admissions navigators are available to help 24/7 to discuss treatment.
Why call us?
Get addiction help now (24/7 helpline)We’re here for you every step of the way.