How Bad Is Acetaminophen for the Liver?

Acetaminophen, commonly recognized by the brand name of Tylenol, is an over-the-counter pain reliever and fever reducer. It is also an active ingredient in many cold and flu medicines. It is used to treat simple conditions such as headache, arthritis, toothaches, colds, fevers, and muscle aches and pains. 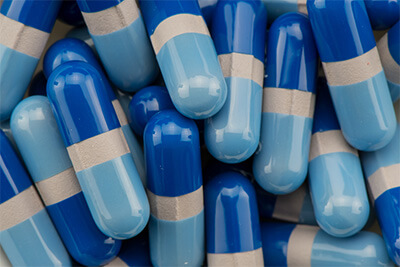 Acetaminophen was approved for use by the Food and Drug Administration in 1951. Even though it has a long history of being widely used, experts do not know exactly how acetaminophen works on the body. It is thought to reduce the amount of chemicals in the brain that cause inflammation and swelling.

Additionally, it reduces the sensation of pain by elevating one’s pain threshold. The part of the brain that regulates heat is impacted by acetaminophen, as it is told to lower the body’s temperature when it is too high.

In general, acetaminophen is a well-tolerated drug, so few side effects are frequently experienced. Normal side effects of the drug include nausea, stomach pain, loss of appetite, headache, yellowing of the skin or eyes, and dark urine.

While most people don’t have problems with acetaminophen when taken as directed, it is possible to experience serious adverse reactions. An allergic reaction marked by difficulty breathing, hives, severe itching, peeling or blistering skin, and swelling of the face, lips, throat or tongue are all reasons to seek immediate medical attention.

It is possible to experience acetaminophen poisoning in the form of severe liver damage when too much of the drug has been consumed. Whether intentionally or accidentally, acetaminophen overdose requires immediate medical attention to prevent further damage to the body. Symptoms of liver damage include:

Further complications can arise with acetaminophen as it interacts with other drugs. Antibiotics, antifungals, sulfa drugs, nonsteroidal anti-inflammatory drugs, and birth control pills, as well as medications for the treatment of high blood pressure, cancer, high cholesterol, arthritis, HIV/AIDS, seizures, and psychiatric disorders can all be affected by acetaminophen.

Acetaminophen as a Recreational Drug

Recent studies suggest that acetaminophen isn’t addictive and people don’t take it to get high. It is, however, an active ingredient in many painkillers, such as Vicodin or Percocet, which are abused for their highs. It is the acetaminophen contained in these drugs that is often the most damaging.

Overdose from acetaminophen causes about 60,000 people each year to go to the hospital, several hundred of which die from associated liver failure.

Acetaminophen is most commonly misused as a recreational drug in conjunction with other drugs. On its own, acetaminophen is widely accepted to be a safe drug and is easily accessible.

More potent forms of acetaminophen, however, such as Tylenol 3, can only be obtained through a doctor’s prescription, as it also contains a significant amount of codeine, another painkilling drug. Acetaminophen alone is not particularly habit-forming, but the codeine in Tylenol 3 can lead to dependency.

The codeine in Tylenol 3 can cause feelings of euphoria, which leads some people to misuse the drug. Tylenol 3 has also been shown to enhance the effects of other drugs, such as narcotics, alcohol, general anesthetics, tranquilizers, sedative-hypnotics, and other central nervous system depressants. Combining acetaminophen with any of these drugs increases the risk of experiencing the adverse side effects of each drug.

In addition to the complications posed by acetaminophen abuse, chronic overuse of painkillers can lead to physical and psychological dependence, as well as the associated withdrawal symptoms when drug use is stopped. 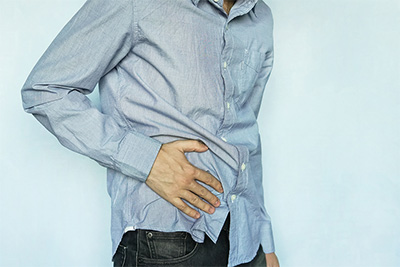 Healthcare professionals warn against overuse of acetaminophen. An overdose can cause severe liver damage and even death.

Safe dosages for adults include no more than 1000 mg taken at one time or no more than 4000 mg taken within a 24-hour period. The recommended therapeutic dose of acetaminophen ranges from 325 mg to 625 mg, depending on the person and condition being treated. Any amounts greater than these can cause serious side effects. Additionally, mixing acetaminophen with other substances can cause fatal overdoses.

Acetaminophen toxicity, also known as acetaminophen overdose, is a well-known cause of acute liver failure. A person may knowingly take more of the drug than is safe, or they may accidently consume too much acetaminophen, which can happen when taking multiple cold medicines that each contain acetaminophen.

As the mostly commonly used drug in the United States, acetaminophen is hard for many people to imagine as a substance of abuse. Used for everyday treatment of common aches and pains, the over-the-counter accessibility of the drug makes it a prime candidate for self-medication. When used as directed, acetaminophen is safe and unlikely to cause adverse side effects. When misused or overused, however, acetaminophen toxicity can quickly lead to liver damage.

Liver damage associated with acetaminophen use sends thousand of Americans to the hospital each year. The side effects of acetaminophen use are rarely permanent, but if not addressed appropriately, they can lead to serious liver injury and even death.