Can You Get High on Dimenhydrinate Dramamine? 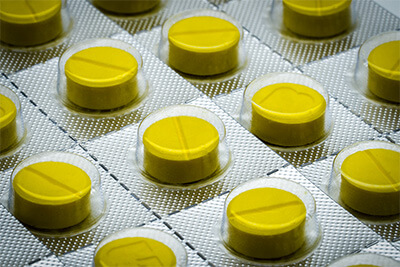 Dramamine is available in a tablet, liquid, or chewable tablet form. The drug is considered safe when used as directed, but it is not without risks. Side effects of Dramamine include:

Some people are allergic to the drug and could experience a rash, difficulty breathing, hives, swelling of the mouth, or chest tightening in reaction to taking the drug. Drinking alcohol in conjunction with Dramamine could increase the risk for experiencing negative side effects.

Can Dimenhydrinate Be Abused?

A study from Neuroscience and Biobehavioral Reviews notes that dimenhydrinate may be abused for recreational purposes as well as by psychiatric patients seeking relief from their symptoms. Animal studies have also confirmed the abuse potential of antihistamines.

People may abuse dimenhydrinate or Dramamine by ingesting large doses in order to produce psychotropic effects such as hallucinations or euphoria. The drug has become popular with teenagers who use the drug partially because of its availability as an over-the-counter drug that can be abused in order to get high. The organization Consumer Med Safety notes that dimenhydrinate is one of the top five over-the-counter medications that are likely to be abused by teens and young adults.

The drug may be taken at dosages of 800–1250 milligrams to produce a hallucinogenic effect. It may also be taken in combination with alcohol to produce a sedative effect, which causes a heightened risk of dangerous side effects.

Some people have misused Dramamine to self-medicate due to its anti-anxiety effect. This calming effect is due to its sedative properties, which can be an appealing quality among people who suffer from anxiety disorders. However, as with all drug combinations, misuse can result in increased risks for associated negative side effects and addiction.

Dramamine can cause dizziness, sedation, or lightheadedness, which can all be exacerbated by intentional overdose or misuse of the drug. Using alcohol in conjunction with Dramamine may amplify these effects, increasing the risk for overdose.

The combination of alcohol and Dramamine can have a toxic effect on the liver. The use of Dramamine in conjunction with opioid pain medications and other medications for anxiety or depression can also increase the risk of negative side effects.

Dramamine does carry a risk of overdose. As people who abuse Dramamine take the drug in much higher doses than recommended, overdose is a serious risk for those who abuse the drug. Serious potential effects of Dramamine overdose include:

Dramamine can cause negative interactions with many different drugs, so you should always check with your doctor before taking Dramamine if you are taking any other medications. Long-term risks associated with Dramamine use include heart issues, risk of stroke, kidney damage or failure, and stomach ulcers or bleeding.

Because of its potential for abuse, some jurisdictions have elected to initiate protocols to distribute the medication from behind the pharmacy counter; however, this is not a universal regulation.

If you have taken Dramamine and experience fever, chills, hallucinations, mental status or mood changes, elevated heart rate, difficulty breathing, or swelling of the mouth, skin, or tongue, you should seek medical help immediately, as you may be having an allergic reaction or an overdose.

Find Addiction Rehab Near Me 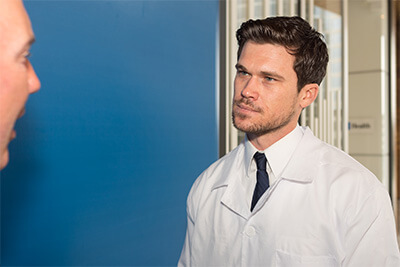 It is important not to underestimate the dangers of dimenhydrinate abuse. Dramamine can become addictive, resulting in the need for treatment. Depending on the length and severity of an individual’s symptoms and risks, medically supervised detox may be required. A qualified addiction specialist can evaluate an individual’s need for medically monitored detox, depending on the person’s level of use, whether or not they were abusing other substances in addition to Dramamine, and how long the substance misuse has been ongoing.

People who have developed addictions to Dramamine may benefit from inpatient or outpatient therapy to address the onset and progression of their addiction. Treatment may involve individual, group, or family therapy focused on the origins of the addiction and will teach individuals with addictions how to build a sustainable recovery plan.

As the medication is still available as an over-the-counter drug, some people may underestimate the safety risks involved in misuse of Dramamine. More research is needed to fully understand the complete effects of abuse of this substance.