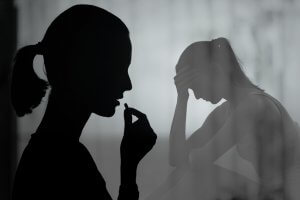 Learning about addiction and substance abuse for anyone can be difficult and awkward at times. But the working class deals with a few specific issues which can have serious impacts on the company they work for.

It’s important for everyone to understand white-collar drug addiction and substance abuse so you know how to help someone who is struggling, whether it’s an employee or yourself.

The middle to upper working class deal with a great amount of stress, regardless of their industry. While many are able to cope and find ways to relieve the pressure on their own, others have taken another path. The most common white-collar substance abuse problems revolve around alcohol, pills, and illicit drugs.

While statistics related to alcohol abuse vary among the different industries, it tends to be the most common issue amongst working professionals. As an example, more than 1 in 5 legal professionals such as lawyers and judges have been reported to have a drinking problem. Along those same lines, 9% of management professionals, 9% of real estate agents, and 4% in healthcare, all have issues with alcohol as well.

A close look at the numbers show that 21% of lawyers struggle with alcohol abuse, making the legal field one of the most prominent sources of addiction. White-collar substance abuse is also common in “C-Suite” management professionals such as CEOs, CFOs, and others, about 9% of which have issues with alcohol.2

And while the distinction between white-collar and blue-collar workers in the medical field is a bit fuzzy, more than 4% of healthcare professionals consume heavy doses of alcohol.

Other working professionals such as real estate agents, IT workers, and people in finance range between 7%-9% when it comes to alcohol abuse.

Opioids like OxyContin, Vicodin, Fentanyl, Xanax and sleeping pills like Ambien have also made their mark on white-collar professionals. Becoming more easily accessible each and every year, workers resort to these pills for stress relief, relaxation, or to get some sleep at night.

In recent years, more people have died from opioid-related overdoses than from automobile accidents, leading President Trump to declare the opioid epidemic a public health emergency in 2017. That same year, more than72,000 overdose deaths were reported, which was 10% higher than the year before.3

Prescription drug use has increased and many employers have seen negative impacts. Failed pre-employment drug screening has worsened the impact of the labor shortage for these employer.4

Illegal drugs have also become a major problem with substances like heroin frequently finding their way into white-collar workers’ hands. Statistics show use by working professionals who make $50,000 or more per year has risen by more than 60% since 2002.5

Though less common than alcohol abuse and prescription drug use, illegal substances like heroin and cocaine have majorly affected this class of employee over recent years. The CDC has reported that among individuals making more than $50,000 a year substance abuse of illicit drugs has risen by around 60%1 over the past couple of decades.

More than 16 million Americans over the age of 18 are considered depressed, nearly 8 million of which turn to drugs or alcohol for relief.² And white-collar substance abuse makes up a high percentage of these individuals.

A study that was recently conducted by the Center for Talent Innovation found that around 30% of the college-educated workforce has a disability, this may include mental health condition such as depression.6

With approximately 70% of professional businesses having reported employee issues with prescription drugs7 or alcohol abuse, almost three out of every four companies are seeing consequences that stem from these problems.

The negative stigma of addiction often prevents many people to get help when they need it most. The fear of losing their job or dampening their reputation pulls them away from any desire to find treatment options. And others may not even be convinced they have a problem.

But employees assistance programs and professional treatment centers for white-collar substance abuse are a great place to start when someone is ready to start taking steps in the right direction.

Priscilla Henson, MD
Medical Reviewer
Dr. Priscilla Henson is a Resident Physician specializing in Emergency Medicine at a community hospital in central California. She also serves as a m … Read More
Read Our Editorial Policy
Related Topics
About The Contributor

Priscilla Henson, MD
Medical Reviewer
Dr. Priscilla Henson is a Resident Physician specializing in Emergency Medicine at a community hospital in central California. She also serves as a m … Read More
Read Our Editorial Policy
Related Topics
Don’t wait. Call us now.
Our admissions navigators are available to help 24/7 to discuss treatment.
Get addiction help now (24/7 helpline)We’re here for you every step of the way.