What Is Psychological Dependence?

All psychological and emotional processes have a physiological basis, and all complicated behaviors (behaviors that are not simply reflex actions) have a significant emotional and psychological component. The old dualistic separation of mind and body is a myth and an unrealistic way to view nearly any type of behavior. This includes behaviors associated with substance use disorders and process addictions (e.g., compulsive gambling).

Any designation of something as being “purely physical” or “purely psychological” reflects a misunderstanding of behavior in general. This applies to disease model concepts of addiction that claim that “addiction is not a choice” because individuals with substance use disorders do make choices regarding their substance abuse.  In addition, the alternative extreme viewpoint that “addiction is a choice” is also equally invalid because individuals with substance use disorders are driven by a number of physiological processes that influence their behavior in a number of contexts, and it would be a misconception to infer that anyone “chooses to become an addict” in the same way that few people would argue that most smokers who develop cancer chose to get cancer. Thus, when attempting to understand the aspects associated with the development of addictive behaviors, trying to do so from either extreme viewpoint is unrealistic and not supported by research. This includes the notions of physical dependence and psychological dependence. There is no such thing as pure physical dependence or pure psychological dependence.

What Is Psychological Dependence? 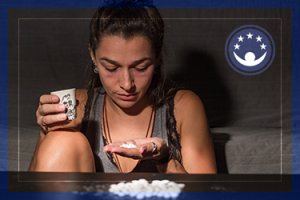 The term psychology is generally meant to refer to behavioral processes that relate to the emotions or the mind. The term psychological dependence is generally meant to describe the emotional and mental processes that are associated with the development of, and recovery from, a substance use disorder or process addiction. However, there can be no total separation of emotion and cognition from physiology. To imply that “psychological dependence” is not as serious as “physical dependence” represents a myth; in reality, these two designations do not exist as mutually exclusive categories and therefore cannot be contrasted as if they exist separately from one another.

In addition, even symptoms that are considered to be primarily psychological in nature, such as cravings, have a large body of empirical evidence that theorizes the physiological basis and physiological processes that are associated with them, whereas both the symptoms of physical dependence (physical tolerance and physical withdrawal) also have significant empirical evidence to associate these processes with a number of psychological variables that can affect their presentation.

Substances associated with the development of strong physical dependence typically include:

Numerous drugs of abuse are described as having both physical and psychological withdrawal symptoms and fostering both forms of dependence.

The Treatment of Psychological Dependence

One very important distinction that can be made regarding the difference between drugs that are considered to result in physical versus psychological dependence is that the withdrawal process from some of the drugs that are considered to be strong candidates for physical dependence, such as alcohol, benzodiazepines, and barbiturates, can result in the development of potentially fatal seizures. However, this condition does not generally occur with withdrawal from opiate drugs, which are also considered to be extremely physically addicting.

The recovery process for individuals who have developed substance use disorders to these substances should be strictly monitored by a physician or psychiatrist who specializes in addiction medicine to identify any potential seizure activity and immediately address it.

Nonetheless, there are reports of seizures occurring in individuals recovering from other substances as well, and even though these instances may be rare, the overall approach to treating any substance use disorder should consider an initial program of physician-assisted withdrawal management. This approach should always be considered because initial recovery from any substance of abuse can be associated with significant emotional and physical distress that can lead to any number of potentially dangerous situations for the individual, such as an increased probability to overdose during a relapse, to become involved in accidents, or even to become suicidal.

In essence, long-term treatment for individuals who have “psychological addictions” or “psychological dependence” compared to individuals who have developed “physical addiction” or “physical dependence” should not differ significantly in terms of the overall plan of recovery. These individuals should still be thoroughly assessed, followed by a physician, treated for any co-occurring issues, be involved in substance use disorder therapy as the main component of the recovery, get involved in social support groups, get support from family and friends, and get involved in other adjunctive therapies that can contribute to their recovery given their own personal circumstances. 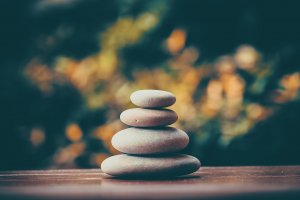 The separate notions of physical dependence and psychological dependence are artificial and represent a myth regarding addictive behaviors. This myth is actually detrimental to the understanding and treatment of any substance use disorder.

Psychological dependence is associated with numerous emotional and cognitive symptoms, whereas physical dependence is typically associated with the development of tolerance and withdrawal symptoms that are not primarily emotional or cognitive in nature. However, understanding addictive behaviors leads to the conclusion that this artificial designation is based on invalid notions of dualism and that addictive behaviors represent the interplay of psychological and physical mechanisms. The treatment of any addictive behavior should be holistic in nature and consider all empirically validated treatment options that are appropriate for the individual in recovery.

Last Updated on October 19, 2021
Share
Editorial Staff
The editorial staff of American Addiction Centers is made up of credentialed clinical reviewers with hands-on experience in or expert knowledge of addiction treatment.
Related Topics
Related Tags
treatment
Don’t wait. Call us now.
Our admissions navigators are available to help 24/7 to discuss treatment.
Why call us?
Get addiction help now (24/7 helpline)We’re here for you every step of the way.