Bullying remains a complicated and devastating epidemic for young Americans, with some reports suggesting that a staggering 28% of US students in grades 6–12, and 20% of students in grades 9–12 have experienced some form of bullying at school.1 Long-term bullying is associated with a variety of adverse consequences, including depression, anxiety, health complaints, and diminished academic achievement. Moreover, bullying can contribute to the risk of suicide and substance abuse.2

Bullying isn’t just traumatic in childhood, though, and it’s not a passing phase. Research shows bullying and harassment can cause adult symptoms of post-traumatic stress disorder (PTSD).3 In fact, one study examining mental health in college students found experiencing bullying to be the strongest predictor of developing PTSD symptoms. This surpassed physical abuse, neglect, and exposure to community violence.4 Another literature review examining 29 relevant studies on bullying and harassment found that 57% of victims scored above the threshold for meeting PTSD criteria.3

Why Is Bullying or Harassment So Harmful?

When you are a victim of bullying or harassment, you can experience a wide range of emotions, ranging from mild embarrassment to extreme fear as a result of being in danger where your safety is compromised. No matter the situation, however, it never feels pleasant to be attacked or criticized by your peers. Bullying is a distinct social stressor because it represents a systematic form of interpersonal aggression coupled with intense feelings of powerlessness and defenselessness.5 Victims of bullying may grow to feel like they could be attacked or criticized at any time and may come to question who they can trust within various interpersonal dynamics. Even if the abuse stops, they may live in anticipation and fear, waiting for the next incident to occur. This combination of uneasy and restless feelings can make it difficult for victims to focus on their school or work, which may lead to performance decline, isolation behaviors, and low self-esteem.5,6

Moreover, targets of bullying are at a high risk of developing mental illnesses, such as depression and anxiety disorders.6 While research continues to emerge and unfold about the long-term impact of bullying on a person’s psychosocial behavior, studies show that as many as 75% of bullied victims report higher likelihood to develop mental illness.3 Someone who was bullied is also more likely to develop problems with substance abuse as well, from drinking to marijuana use to harder, illicit drugs.2

How Does PTSD Develop as A Result?

When a person is repeatedly bullied or harassed, they experience continued negative reinforcement, systematic abuse of power, and ongoing intimidation and emotional pain. And those who are bullied as children tend to have a greater risk of being bullied in their adult lives.5 The characteristic symptoms that develop as a result of bullying (feelings of powerlessness, helplessness, anger, fear) are also strongly correlated with that of PTSD, making it more likely that a person who was bullied would develop the disorder.

Persistently experiencing the event means having nightmares or flashbacks associated with the bullying. Memories flood the person’s mind at inconvenient times and are distressing and unwanted. Or, when a person sees someone who reminds them of an old perpetrator, they may feel their chest tightening or their stomach clenching.5

And they may try and avoid social situations where they will be targeted or victimized in some fashion or stay away from certain places or events where the bullying or harassment happened in the past. It does not matter whether they are experiencing real or perceived danger, what matters is that they experience a general sense of feeling unsafe and threatened.5

The presence of these symptoms can interfere with other areas of functioning, including a person’s interpersonal dynamics and academic and occupational success.

While some PTSD symptoms look similar in children and adults, children may engage in repetitive, trauma-specific play movements (e.g., using dolls to show the bullying or drawing out a scene with crayons). They are also likely to exhibit and complain of somatic symptoms, such as stomach and head pains. Due to cognitive capacities, however, most children also do not always describe their avoidance tendencies as such, since they don’t necessarily recognize that’s what it is.5

All PTSD diagnoses require the experiencing or witnessing of a traumatic event.7 However, with most forms of bullying and harassment, the trauma occurs in a cyclical or chronic manner. But regardless of the type of trauma, a person’s cognitive perception of themselves, others, and the world around them is often disrupted and even destroyed.5

While anyone can be susceptible to bullying, research shows that different socioeconomic backgrounds may impact workplace harassment. For example, victims are more likely to have less powerful occupational positions, lower to no higher education, and lower household incomes. However, other research shows that people with opposite traits (higher levels of authority, education, and income) are also susceptible to workplace harassment.7

In children, both males and females have equal chances of experiencing physical bullying (e.g., being pushed, slapped, or hit). However, in terms of relational aggression (emotional bullying or teasing), females are at a greater risk.8 In terms of race, as many as 24% of white students ages 12–18 report bullying, which is significantly higher than Asian students (9%) and somewhat higher than black (20%) and Hispanic (19%) students.8

Cyberbullying is becoming a big problem too, especially among children and adolescents. With technology making it increasingly easier to reach out and connect with peers, there are more opportunities for potential harassment, especially from anonymous perpetrators. As a result, bullying, harassment, and subsequent PTSD can exist in all ages and demographics.1

How to Treat It

There is not one single cure for PTSD, but there are several evidence-based treatment methods that can help reduce or eliminate the distressing symptoms associated with trauma. The efficacy of these methods largely depends on the severity of the symptoms, the person’s capacity to use positive coping skills, and their existing support system.

It is always recommended that people seek out trauma-informed care when getting professional support.

Trauma-informed approaches can be implemented in any type of service setting and don’t necessarily refer to a set of specific interventions, but an overarching perception of treatment. In general, this approach recognizes the survivor’s need for mutual respect, information, and a sense of hope for their recovery. Treatment professionals should also understand the interconnection between trauma and other related issues, such as interpersonal problems, work or school issues, and mental or physical illness.

Victims of chronic bullying may be at increased risk of problematic alcohol or drug use and may benefit from simultaneous management of such issues. If there are co-occurring substance abuse issues, it is important to find a clinician who is trained and experienced in treating both trauma and addiction.

Many people benefit from complementary therapy methods that help improve their sense of self-esteem and well-being. Because bullying and harassment can severely impact a person’s confidence, it is essential that they learn the appropriate tools for rebuilding a positive perception of themselves.

If you or a loved one is struggling with PTSD or the residual struggles associated with harassment or bullying, help is available, and there are several settings that provide trauma-informed treatment.

While there isn’t a one-size-fits-all approach to care, feeling supported and understood by a trusted professional can make a world of difference in helping you heal your pain and move toward a happier and more fulfilled life. 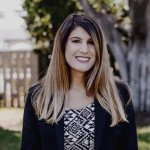 Nicole Arzt, M.S., L.M.F.T.
Author
Nicole Arzt, M.S., L.M.F.T., is a licensed marriage and family therapist specializing in providing psychotherapy to individuals, families, and groups … Read More
Read Our Editorial Policy
Related Topics
Related Tags
co-occurring disorders
Are you covered for addiction treatment? Find your insurance.
Check My Insurance
Do you have insurance?
Don’t wait. Call us now.
Our admissions navigators are available to help 24/7 to discuss treatment.
Get addiction help now (24/7 helpline)We’re here for you every step of the way.