Long-Term Use and Severe Addiction of Valium

According to the New England Journal of Medicine, this product was once promoted as a “wonder drug”that could safely relieve a wide range of problems, from clinical anxiety to job stress, menopausal symptoms, and marital conflicts; however, the potential health hazards of Valium ” including the potential for abuse and addiction ” are now more apparent to the public.
Diazepam, which is sold under the trade name Valium, is a prescription drug that is used to treat anxiety disorders, sleep disorders, seizures, muscle spasms, alcohol withdrawal, and restless leg syndrome. The U.S. Drug Enforcement Administration classifies Valium as a Schedule IV narcotic, meaning that it is less addictive than drugs like heroin, cocaine, or methamphetamine. However, the widespread availability of Valium, and the pleasant calming effects that it produces, have made diazepam a common drug of abuse. Long-term use of diazepam can lead to chemical dependency and, eventually, to severe addiction.
Understanding the health complications of Valium addiction may encourage nonmedical users of this drug to reach out for help. 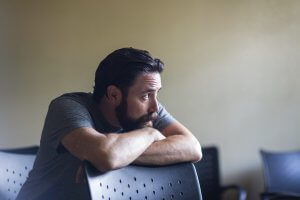 The central nervous system is continuously transmitting electrical signals through the brain and nerves to control our movements and influence our reactions to the world around us. When these electrical signals become overactive, abnormal movements such as tremors, seizures, or convulsions can occur. Psychologically, this abnormal activity can make individuals feel anxious or restless, or prevent them from sleeping.

When taken as directed, Valium is usually more helpful than harmful. However, long-term use or abuse of this medication can interfere with normal functions of the central nervous system, causing symptoms such as:

Ironically, many of the symptoms of long-term Valium abuse, such as anxiety and sleeplessness, are the same concerns that the medication was prescribed to treat. If overuse of the drug continues, these symptoms are likely to get worse. Users may experience dangerous, even fatal, seizures, along with extreme anxiety, agitation, memory loss, and exhaustion. As a long-acting benzodiazepine, Valium remains in the system longer than short-acting drugs in the same family, such as alprazolam (Xanax) or lorazepam (Ativan). This means that Valium can have a lingering effect on the body and brain, and that the symptoms of long-term abuse or addiction may be more severe.

According to the U.S. Food and Drug Administration, clinical studies have not confirmed the effectiveness or safety of Valium when the drug is taken for more than four months.Valium and other benzodiazepines are usually recommended for short-term use because of their potential for abuse and rebound side effects.

Chemical dependency and addiction are two of the most serious effects of Valium on the brain. Once the central nervous system has adjusted to the use of diazepam to regulate electrical activity, the user may need higher doses of the drug to achieve the same positive effects. This response is known as tolerance, and it can eventually lead to dependency.
According to the Center for Substance Abuse Research at the University of Maryland, tolerance usually occurs within six months after the user has started taking Valium. In some users, tolerance and dependency evolve into addiction, a chronic and compulsive need for the substance in spite of its negative effects on one’s health. Individuals looking for signs of Valium addiction should be alert to the following changes in their loved ones:

Severe Valium addiction affects the body as well as the brain. In chemical dependency, the brain and/or body need diazepam in order to perform their daily functions. Quitting Valium, or cutting back on the dose too quickly, can result in benzodiazepine withdrawal, an unpleasant and potentially dangerous condition. Without Valium, addicted users may feel agitated, restless, or anxious. They can experience physical as well as psychological symptoms, including:

Even though withdrawal symptoms can be distressing, quitting Valium too quickly can be even more dangerous. Long-term users who suddenly stop taking Valium are at risk of seizures. A slow, physician-monitored reduction in the dose of Valium, known as medical detox, can help prevent seizure activity and other unpleasant or dangerous symptoms of withdrawal.

Valium Abuse and the Family

In addition to its effects on the individual, Valium abuse threatens the health and stability of relationships and families.

For someone struggling with addiction, getting and using the drug become compulsive activities that take precedence over anything else. Even when job performance, financial status, and the quality of close relationships begin to suffer, an addicted person is incapable of quitting. One of the primary symptoms of addiction is the inability to remain abstinent from the drug, no matter what the consequences for one’s health or welfare may be.

Counseling the family members of an individual with Valium addiction is one of the top priorities of substance abuse treatment. Family members need education about the disease of addiction, as well as advice on establishing a healthy home environment that supports sobriety. In households where someone is a long-term Valium user, there may be problems with communication, difficulty setting limits on behavior, and a loss of trust between spouses or partners.

The children of parents with Valium addiction may end up assuming a caretaking role, providing emotional support for parents with anxiety disorders and substance abuse issues. These children can be taught to take a more age-appropriate role within the family, while adults receive education and counseling on the parenting role. Professional rehab programs offer a structured environment for recovery from Valium addiction, as well as a support network for addicted individuals and their loved ones.

Editorial Staff
Author
The editorial staff of American Addiction Centers is made up of credentialed clinical reviewers with hands-on experience in or expert knowledge of ad … Read More
Read Our Editorial Policy
Related Topics
Related Tags
benzodiazepine
side effects
Are you covered for addiction treatment? Find your insurance.
Check My Insurance
Do you have insurance?
Don’t wait. Call us now.
Our admissions navigators are available to help 24/7 to discuss treatment.
Get addiction help now (24/7 helpline)We’re here for you every step of the way.