Long-Term Side Effects of Adderall Use

What is Adderall & How Does it Work?

Adderall (amphetamine-dextroamphetamine) is a prescription medication composed of amphetamine and dextroamphetamine. It is primarily used in the treatment of attention deficit hyperactivity disorder (ADHD) and narcolepsy. At the neurological level, Adderall binds to norepinephrine and dopamine receptors in the brain as well as epinephrine receptors in the adrenal gland. As a result, there is an increase in the level of “feel-good” chemicals in the brain, which improves the individual’s concentration, alertness, and focus but also causes euphoria.

Adderall Statistics & Use in the United States 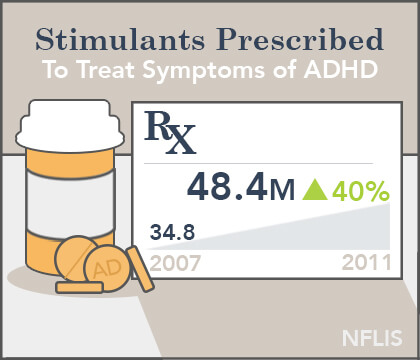 This represents an almost 40 percent rise in these prescriptions since 2007, the Drug Enforcement Agency (DEA) states. ADHD is one of the most common childhood neurobiological disorders. The Centers for Disease Control and Prevention (CDC) reported that as of July 2015, almost 10 percent, or close to 6 million, American children between the ages of 4 and 17 had been diagnosed with ADHD at some point in their lifetimes.

AAC is in-network with many insurance providers. Addiction treatment can be free depending on your policy. 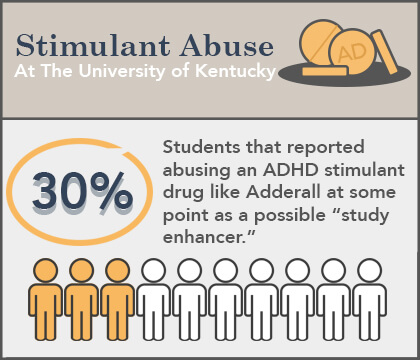 As prescriptions for Adderall rise, so may its potential for diversion and nonmedical use, which increases its health risks too. Adderall is abused as a “smart drug” across college campuses. It may be abused by students to combat pressures of higher education, as students perceive it will help them get better grades because they can stay up and study for longer.

A study at the University of Kentucky found that 30 percent of its students had abused an ADHD stimulant drug like Adderall at some point as a possible “study enhancer,” CNN reports.

Adderall also suppresses the appetite and may also be abused as a weight loss drug. Other times it may be used in conjunction with other drugs or alcohol recreationally, or to get “high.” Mixing Adderall with other substances can be very dangerous and may more easily result in a life-threatening overdose or negative interaction between the substances.

Adderall’s side effects include: physical damage to the brain, internal systems, and organs.

How Extended Adderall Use Affects the Brain

Stimulants increase concentration and energy levels while decreasing the need for sleep and suppressing the appetite. Adderall increases the activity of several neurotransmitters, such as serotonin, norepinephrine, and especially dopamine. Over time, the changes in dopamine activity can impact our brain’s reward center, and alter our ability to experience pleasure without the chemical support of continued amphetamine use.. The more often Adderall is taken, the more ingrained these changes become. A tolerance to the drug may form, and more Adderall may be needed at each dose in order to feel the same desired effects.

As Adderall leaves the bloodstream, withdrawal symptoms and drug cravings may occur, indicating a physical and emotional dependence on the drug. The way in which Adderall is abused, along with the amount and duration of abuse can affect the dependence level to the drug. Crushing the pills and then injecting or snorting them, for example, sends the drug into the brain more rapidly than ingesting them whole and having them enter the bloodstream via the digestive tract. As a result, injecting or snorting the crushed pills increases the chances for a life-threatening overdose and the potential for addiction. Addiction is a disease that affects each person individually, and environmental and biological factors may also play a role in its onset.

Someone who is dependent on Adderall may have trouble sleeping and concentrating, notice a lack of motivation, and feel depressed, irritable, lethargic, or fatigued when it is removed from the body. Abusing amphetamines like Adderall may raise the risk of aggression and suicidal thoughts, according to ABC News. For someone who has been abusing Adderall for an extended period of time, the emotional aspect of withdrawal may be the most noticeable side effect. Natural production of dopamine is reduced, causing low moods and trouble feeling pleasure without the drug.

In some cases, Adderall and other prescription stimulants have been reported to cause psychosis and schizophrenia-like symptoms, such as paranoid delusions, hallucinations, and other behavioral or mood disturbances, according to the journal Molecular Psychiatry. Anxiety and panic attacks may also be triggered by long-term use of an amphetamine stimulant or during Adderall withdrawal. The U.S. Food and Drug Administration, or FDA, even prints warnings on Adderall labels about potential negative psychiatric side effects. Symptoms may be heightened in someone with a history of mental illness or an underlying mental health disorder, such as bipolar disorder or schizophrenia.

Physical Side Effects of Adderall 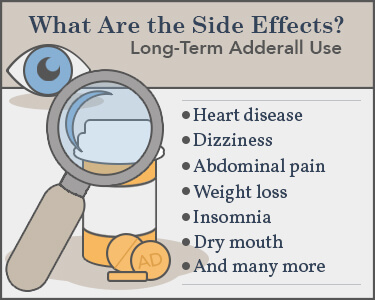 Stimulants like Adderall raise body temperature, heart rate, and blood pressure, and repeated use or abuse, particularly in high doses, can create a range of medical issues from a stroke to a seizure to a heart attack.

Adderall can cause damage to the heart and cardiovascular system when used for a prolonged period of time, especially when used in excess. The most common ADHD medication cardiovascular problems reported are hypertension (high blood pressure) and tachycardia (irregular heart rate), as published by Brain and Body. Sudden cardiac death may also be a potential side effect of Adderall.

The heart muscle may be weakened with prolonged stimulant abuse, leading to more complications. Changes in the brain, as well as mood and behavior issues related to prolonged Adderall abuse, may also continue unless the drug is safely removed from the body.

Detox from Adderall is not sufficient treatment, however. It must be followed with a substance abuse treatment program to help prevent relapse and support long-term recovery.

Last Updated on June 30, 2022
Share
Amanda Lautieri, B.A.
Amanda Lautieri is a Senior Content Editor at American Addiction Centers. She has more than 10 years of professional editing experience that includes working as a web editor for several major online publishers and editing medical content ranging from academic texts to online training and re-certification courses for emergency medical service responders.
Read Our Editorial Policies
Related Topics
Related Tags
side effects
stimulants
Don’t wait. Call us now.
Our admissions navigators are available to help 24/7 to discuss treatment.
Why call us?
Get addiction help now (24/7 helpline)We’re here for you every step of the way.