Since the majority of adult women use birth control and also drink alcohol, some may be concerned about whether drinking alcohol impacts the effectiveness of their contraception efforts.

This article discusses how alcohol may affect birth control, explores whether it is safe to drink alcohol on birth control, and reviews things that woman may want to consider when using both alcohol and contraceptives.

How Does Alcohol Affect Birth Control?

Overall, alcohol has not been found to reduce or change the efficacy of birth control; however, it’s important to remember that alcohol can impair a person’s judgement and may alter behavior as a result. This may interfere with any form of birth control that requires consistent compliance and consumption. For example, being under the influence of drugs or alcohol may make a person forget to take a pill or change a ring.  Alcohol use may also lead to the ineffective or inconsistent use of condoms, which not only increases the risk of unplanned pregnancy but also of sexually transmitted infections. Binge drinking problems and risky drinking, according to one study, increased the odds of ineffective contraception (whether it was a condom or a scheduled pill) by 1.7 times.

Another way intoxication may affect birth control is if you vomit after drinking too much within two hours of taking your pill, it may not have the chance to be absorbed by your body, and this may reduce its effectiveness.5 On the other hand, birth control can affect a person’s tolerance to alcohol. In fact, hormonal birth control can slow down the rate at which alcohol leaves the body and cause a person to feel the effects of alcohol longer.6 As they continue to drink, alcohol accumulates in the body and increases their blood alcohol level.6

In addition, heavy alcohol intake, including binge drinking is associated with greater risk of developing medical complications affecting the blood, such as blood clots in the lungs or legs.7 Some women may also be at higher risk for developing a blood clot while using hormonal birth control, so heavy or binge alcohol might increase that risk.8 Overall, drinking heavily while also taking birth control or other medications should always be discussed with a physician.

Is It Safe to Drink Alcohol on Birth Control?

In general, it is safe to drink alcohol while on birth control, however, there are some important considerations to be aware of. Alcohol has been found to leave the body slower in women on birth control.9 For instance, alcohol may interfere with a person’s ability to think clearly and move with coordination, and this may cause a person to misuse or even neglect to use contraceptives such as condoms.10,11 This may not only increase their risk of pregnancy but can also increase their chance of acquiring sexually transmitted diseases and infections (STDs/STIs).

If you take birth control pills, drinking too much may cause you to forget or miss taking one of your pills. Though missing one dose may not cause too much of an issue, as long as you take the missed pill as soon as possible, missing multiple doses can cause your birth control to be ineffective and lead to pregnancy.12 If you become pregnant and continue to drink, you could be placing your unborn child at risk for developing serious medical complications.13

Types of Birth Control & Alcohol’s Influence on their Effectiveness

There are many forms of birth control available to help prevent pregnancy, and several are at least 99% effective. Abstinence from sex is the only 100% effective way to ensure that you do not become pregnant.3,14 Some of the common types of birth control, along with their rates of effectiveness, include:5,14

What to Consider when Drinking on Birth Control

Whether you are already using contraception or trying to find one that works for you, it is important to talk to your doctor or pharmacist to ensure proper use. Your doctor or pharmacist will be able to answer other questions you may have about other potential risks of drinking alcohol while on birth control, for example if you have any underlying health issues such as liver disease or blood clots.4 It is also important when choosing to drink alcohol that you consider the safety, availability, and accessibility of your birth control since alcohol use may lead to noncompliance with contraception requiring daily or weekly attention or ineffective contraception device use.11 Although alcohol does not typically reduce the effectiveness of contraception, drinking too much, whether in one sitting or over time, can have a serious impact on someone’s health. 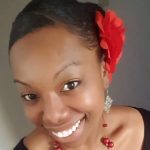 Charity Anderson, MPS, CPS
Author
Charity Anderson is a prevention specialist and freelance writer with over ten years of experience supporting vulnerable communities. After spending … Read More
Read Our Editorial Policy
Related Topics
Are you covered for addiction treatment? Find your insurance.
Check My Insurance
Do you have insurance?
Don’t wait. Call us now.
Our admissions navigators are available to help 24/7 to discuss treatment.
Get addiction help now (24/7 helpline)We’re here for you every step of the way.