The Fallout Legal Consequences of Alcoholism

What Are the Legal Consequences of Alcoholism

Over 10,000 people die every year due to drinking-and-driving accidents, but that’s not the only consequence that comes with driving under the influence (DUI). Legal consequences can include:

If the DUI results in a manslaughter conviction, consequences can include the loss of:

Driving while under the influence of alcohol can lead to legal consequences in the form of a DUI, fines, court-ordered treatment, jail time, job loss and more. One of the greatest hazards of drinking is that one’s intention, such as simply having a good time, can get lost once the intoxicating effects take hold. One of the most common legal problems associated with drinking is a DUI (driving under the influence) arrest. In some jurisdictions, the term used may be driving while intoxicated (DWI) or operating a vehicle while intoxicated (OWI).

According to DUI arrest research collected in 2014, the following is a sample of the number of DUI arrests made in the state indicated: 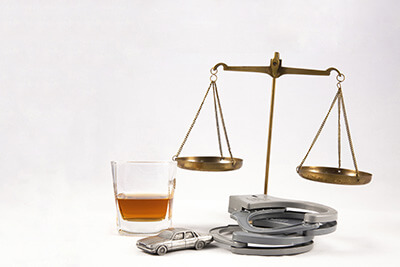 Drinking and driving laws are set by individual states, and consequently, penalties vary among the different jurisdictions. DUI can lead to fatalities, the most tragic unintended consequence of drinking and driving. According to research on DUI deaths, each year almost 11,000 people pass away due to drinking-and-driving-related accidents. The rate is on the decline, but mainly due to increased car safety measures and not a reduction in the prevalence of drinking and driving. Reports show that 33 percent of individuals arrested for DUI are repeat offenders.

To illuminate the potential consequences, consider as an example California’s minimum DUI penalties for a first conviction (absent bodily injury or death):

In addition, arrested drivers may have their cars impounded under state law. In most cases, only repeat offenders will have their cars impounded. Vehicle impoundment usually occurs through a separate administrative process and not as a penalty in the criminal court case. In general, a car can be retrieved after the payment of fines and administrative fees. After a DUI arrest, in some cases, the police may permit a sober passenger to drive the car to a safe place. However, a sober passenger will usually need a good reason for having allowed the intoxicated driver to take the wheel in the first place. Absent such a reason, the passenger may be arrested for reckless endangerment.

States may require people convicted of a DUI to install an ignition interlock in their cars. An ignition interlock device is a breathalyzer device attached to the car that is able to analyze the driver’s blood alcohol content (BAC). The device can block the driver from starting the car if a BAC (of a predetermined limit) is detected. Across all states, a BAC of 0.08 or greater is considered intoxication for legal purposes, however, the ignition interlock device’s limit may be lower. States usually require the driver to pay for the installation and lease of the device. Installation can cost approximately $100, and monthly maintenance roughly ranges from $50-$100 but can be higher in some cases. 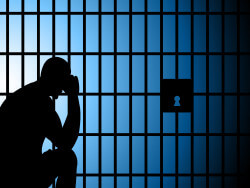 If alcohol is related to another type of crime, such as battery, the governing criminal laws for the charge will determine the amount of jail time, if any.

Vehicular manslaughter or vehicular assault (injury but no death) brings some of the most severe outcomes, and it is always a possibility when driving drunk. The sentencing laws for vehicular manslaughter vary considerably from state to state, and case-specific facts are usually relevant to the length of incarceration. For instance, in California, a person convicted of vehicular manslaughter may serve anywhere from zero to 10 years in prison. California recognizes at least two different charges, Gross Vehicular Manslaughter While Intoxicated and Vehicular Manslaughter While Intoxicated, with the former carrying a more severe sentence (4-10 years in the state prison) than the latter (up to one year in the county jail or at least 16 months in the state prison).
Although a life sentence is unlikely, manslaughter is a felony crime that results in the convicted person facing the loss of certain public benefits. Manslaughter is an extreme example of a felony, but depending on the jurisdiction, a DUI may progress from a misdemeanor to a felony if it is a repeat offense. Benefits that can be lost after a felony conviction include government financial aid for college, voting rights, public welfare benefits, public housing, traveling abroad rights, jury service, the right to bear arms, employment in certain fields, loss of professional licensing, and parental rights. Even short of having a felony on one’s criminal record, a DUI conviction can directly or indirectly lead to a host of different types of losses.

Persons convicted of a DUI or another alcohol-involved crime, such as battery, may face the risk of job loss, depending on the type of position held and terms of employment. In many cases, the employer has the right to terminate employment. It is important to keep in mind that civil rights and employment laws protect Americans from employer practices, such as unfair bias, but employment laws are not generally a guarantee of the right to work or keep a job.In the eyes of the law, work is generally seen as a contractual relationship (even if there is no paper contract in existence) between an employer and employee. Employees who have an actual contract in place with their employer are best advised to review the contract to learn if there is a mandatory firing clause. It is more likely that if there is such a clause, the firing will happen as a result of a conviction and not just an arrest.

Certain transportation jobs, such as commercial vehicle drivers, taxi drivers, and aircraft pilots will understandably risk job loss if convicted of an alcohol-related offense, especially a DUI. If the DUI occurs while on the job, it can also be construed as gross misconduct, and the employee may lose the right to state unemployment insurance. As these individuals hold commercial driving licenses, the issuing agency may initiate an administrative process (separate from the criminal process) to revoke the individual’s commercial license. The loss of the license extends beyond the specific job and in effect revokes the privilege of being employed anywhere that the commercial license is required at least temporarily. The individual may have an opportunity to regain the license, such as by attending rehab and meeting other requirements.

Professionals, such as attorneys, doctors, and accountants are members of associations that issue them licenses to practice their trade. In the event of a DUI conviction, or other alcohol-related conviction, the license-issuing agency has the right to revoke the professional member’s license. In this way, a DUI conviction can cause people to not only lose their specific jobs, but also their livelihoods (at least temporarily). Although agencies that issue professional licenses may work with the professional member to reinstate the license, the agency has the discretion to permanently revoke the license.In some cases, a DUI or alcohol-related conviction can reflect poorly on one’s character and lead to job loss for this reason. For instance, high school teachers are held to a high professional standard because they are role models for youth. A school district could decide to immediately terminate convicted teachers or at least not renew their teaching contracts. There can also be fallout publicly; in some locales, especially small ones, word can spread quickly that a teacher or other respected professional in the community has been arrested or convicted for an alcohol-related offense.

In some instances, people may lose their employment indirectly due to their DUI or alcohol- involved arrest. For example, individuals may not be able to fulfill their work requirements in order to attend ongoing court hearings, serve community service, or attend an alcohol treatment program. The employer would have the right to terminate the employee on the grounds of inability to perform job duties. In some instances, state unemployment may not be granted.

DUI and Loss of Child Custody

It is important to note that the court’s referral of the custodial parent to an outpatient or inpatient alcohol treatment center does not necessarily result in the children being removed, provided the parent can make adequate arrangements for their care.

The goal of child protective services agency is to keep families together, and social workers will generally work with custodial parents to ensure this can happen, provided the children are safe. 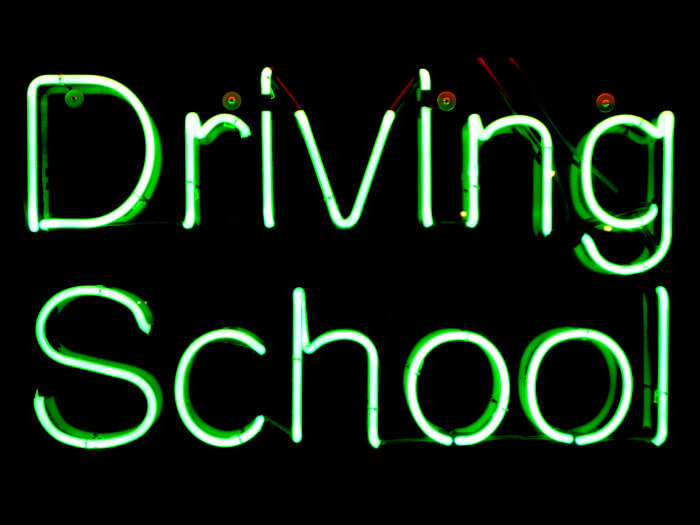 DUI classes are based largely on the premise that drivers who know better drive better. A judge may order a person convicted of a DUI to attend DUI classes as part of an agreement to reduce the time of the driver’s license suspension or as a condition of probation. In some states, even if the judge does not order DUI educational classes, the department of motor vehicles may require them. States commonly require even first-time offenders to complete DUI education before their licenses can be reinstated. Failure to complete DUI educational programs may result in loss of the license as well as additional penalties.

DUI classes teach convicted drivers about the true consequences of driving under the influence and can provide practical education, such as helping these drivers to devise strategies to socialize or safely consume alcohol without involving driving. The time requirements and intensity of the DUI educational programs depend on factors such as the severity of the case (such as the BAC at time of arrest) and age of the convicted driver (whether over or under 21 years of age). DUI education is not a punishment, but rather an opportunity for drivers to regain driving privileges while at the same time learning to be better drivers.

During DUI court proceedings, the defendant driver will be required to undergo an alcohol abuse assessment with a qualified court-appointed counselor. The counselor will review the court’s records on the case and provide the convicted driver with a thorough screening process in order to make the appropriate treatment recommendation.

The counselor will consider factors, such as: 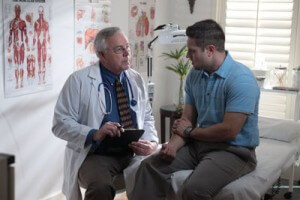 The court, based in part on the counselor’s recommendations, can refer the convicted driver to a host of different types of programs, ranging from one to two sessions to multicomponent rehab programs that can last weeks or months. In the most severe cases, the court may order the individual to an inpatient treatment program.

While a court may order a person to a structured rehab program, in some cases, the referral may be to local community services alone, such as Alcoholics Anonymous meetings. Where available, courts may require convicted drivers to attend presentations by injured survivors of DUI accidents or loved ones of individuals who passed away as a result of a DUI crash (these presentations are sometimes referred to as “victim impact panelsâ€). In addition to treatment, courts may place the convicted driver on probation.
Last Updated on February 14, 2020
Share
Related Topics
Related Tags
alcohol
side-effects
Don’t wait. Call us now.
Our admissions navigators are available to help 24/7 to discuss treatment.
Why call us?