Is Ativan Safe During Pregnancy?

The U.S. Food and Drug Administration places Ativan in Category D, which means that the drug has the potential to cause birth defects and health problems in developing babies, but that the drug might be required for some women with serious medical problems. Women with severe anxiety that cannot be treated with other medications, for example, might be encouraged to keep taking Ativan during pregnancy, under the close supervision of a doctor. 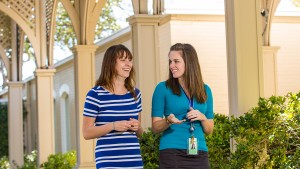 Treating anxiety during pregnancy can be challenging, especially if the mother has been using psychiatric drugs that could threaten her health or the health of her baby. Ativan, or lorazepam, belongs to a class of tranquilizing medications called benzodiazepines, which are among the most commonly prescribed psychiatric drugs in the US. Ativan is classified Category D drug by the U.S. Food and Drug Administration, which means that although research shows that the medication poses risks to developing infants, it may still be advisable to prescribe the drug to pregnant patients in certain cases.

Ativan is a central nervous system depressant that is prescribed to treat several serious conditions of the brain and nerves, including anxiety, insomnia, seizure disorders, muscle spasms, and alcohol withdrawal syndrome.

Ativan is also administered in hospitals or surgical centers to help patients relax before surgery. Like other drugs in the benzodiazepine family ” diazepam (Valium), alprazolam (Xanax), and clonazepam (Klonopin), to name a few ” Ativan has the potential to be addictive. Although Ativan is safe for most adults, use of this medication should be approached with great caution in pregnant women, especially those who have a history of substance abuse or addiction.

Risks vs. Benefits of Ativan

Weighing the risks and benefits of Ativan use in pregnancy should be a collaborative activity involving the physician, the patient, and her partner or spouse. While lorazepam does present the possibility of certain complications and birth defects, leaving anxiety untreated can also have negative repercussions for a pregnant woman and her baby. American Family Physician estimates that approximately half a million pregnant American women suffer from psychiatric disorders during their pregnancy. Many anxiety disorders, including generalized anxiety disorder, panic disorder, social anxiety disorder, and agoraphobia, are more common in women than in men. Pregnancy can trigger anxiety symptoms or make anxiety worse, especially in women who don’t have a strong social support network or who are faced with financial or social stress.
If anxiety is not addressed, it may increase the risk of noncompliance with health recommendations or self-destructive behavior, such as smoking and alcohol abuse. Pregnant women struggling with mental illness may be less likely to follow nutritional guidelines, take prenatal vitamins, or attend their prenatal checkups. American Family Physician adds that complications with pregnancy, such as premature delivery and miscarriage, are also more common among pregnant women with anxiety disorders. Finding an alternative to Ativan and other potentially harmful drugs may be the most effective way to ensure a healthy pregnancy.

Research has not established a strong relationship between Ativan use and serious complications of pregnancy, such as premature labor or damage to the placenta. The Organization of Teratology Information Specialists (OTIS) states that a limited number of studies have shown that Ativan may increase the risk of preterm labor and low birth weight; however, more research is required to verify these results. There is an association between low birth weight, complications, and maternal anxiety, making it important to identify and find safe interventions. However, Ativan is not recommended during pregnancy, especially during the first trimester, when the fetus is at a vulnerable developmental stage. A slightly higher-than-average risk of birth defects has been reported with Ativan, as well as a risk of postnatal complications for the infant. Because small amounts of Ativan are passed from mother to baby in breast milk, the medication is also not advised for breastfeeding women due to a risk of over-sedation in the infant, notes Drugs.com.
Most of the health risks of Ativan affect developing infants and newborn babies. Lorazepam has been associated with a slightly higher than average (0.7 percent) risk of cleft lip and cleft palate in newborns, according to the National Institute on Drug Abuse. This birth defect occurs during the first three months of pregnancy, which indicates that Ativan may be safer for use in the second and third trimesters. However, there is still a risk of drug withdrawal in infants whose mothers have been using Ativan. Some of the most common signs of lorazepam withdrawal in newborn babies include:

In a few cases, seizures have been reported in infants who were withdrawing from the effects of benzodiazepines, but these incidents are rare. Serious signs of Ativan toxicity are more common in babies whose mothers are heavy users of this drug. Women who take Ativan with alcohol, opiates, or street drugs during pregnancy increase the risk of complications with pregnancy, premature delivery, low birth weight, and birth defects even further.

Prescription drug abuse is a growing problem in the US, and pregnant women have also been affected by this trend. Although Ativan abuse poses serious health risks to a pregnant woman, stopping the drug too quickly could also cause harmful side effects, such as seizures, hallucinations, and agitation.Pregnant women should consult a healthcare provider before quitting Ativan or reducing the dosage. To minimize the risks of drug withdrawal, the dose of the drug should be cut down gradually, a process known as a drug taper. Tapering off the drug, rather than stopping it all of a sudden, allows the central nervous system to adjust slowly to the absence of the drug. Discontinuing Ativan abruptly can trigger abnormal activity in the brain and nerves, causing convulsions and seizures.
The 2013 National Survey on Drug Use and Health states that 5.4 percent of pregnant American women were current users of illegal drugs in 2012-2013, while 0.4 percent reported that they were heavy drinkers and 15.4 percent stated that they used tobacco. During pregnancy, women need the support of compassionate professionals who understand that addiction is a disease. Professional detox and rehab programs provide the most effective ways to clear lorazepam and other drugs from a client’s system without endangering her health. Detox programs offer round-the-clock supervision and support to keep clients medically stable as they prepare to take the next steps in rehab.

Safe and effective therapeutic modalities for women during pregnancy include:

Pregnancy shouldn’t be a stressful time of life, but for many women, the experiences surrounding pregnancy and childbirth are emotionally trying.

Unfortunately, many pregnant women do not report their symptoms to a healthcare provider or loved one, and many do not receive treatment. Women who are currently abusing prescription drugs like Ativan, or who are at risk of substance abuse, can benefit from active intervention by friends, family members, or healthcare providers.

Editorial Staff
Author
The editorial staff of American Addiction Centers is made up of credentialed clinical reviewers with hands-on experience in or expert knowledge of ad … Read More
Read Our Editorial Policy
Related Topics
Related Tags
benzodiazepine
pregnant
Are you covered for addiction treatment? Find your insurance.
Check My Insurance
Do you have insurance?
Don’t wait. Call us now.
Our admissions navigators are available to help 24/7 to discuss treatment.
Get addiction help now (24/7 helpline)We’re here for you every step of the way.