Ativan and Alcohol – Dangers of Mixing The Two Substances 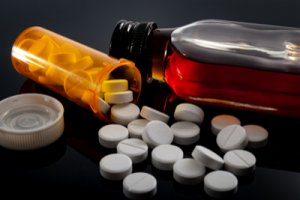 Even though Ativan is a prescription medication, it can be abused. One of the substances often abused with benzodiazepines such as Ativan is alcohol.

This combination is dangerous because Ativan and alcohol both depress the central nervous system and can lead to slowed breathing, extreme drowsiness, coma, and death.

If you’ve been prescribed Ativan, consider refraining from alcohol while you are taking the medication.

How Does Alcohol Work?

When alcohol is consumed, it passes from the digestive tract into the bloodstream, where it is transported throughout the body, including to the brain.1

Alcohol use is also associated with increased dopamine activity in the brain. This increase in dopamine is accompanied by a sense of pleasure and reward, which can reinforce drinking behavior.1

How Does Ativan (Lorazepam) Work?

Ativan (lorazepam) is a benzodiazepine. This class of drugs includes (among others):

Like other benzodiazepines (and alcohol), Ativan works by increasing the effect of the inhibitory neurotransmitter GABA. It binds to a distinct site on GABA receptors throughout the central nervous system, which results in increased GABA-mediated receptor activation, heightened inhibition of nerve signals, and decreased nervous excitation in the brain.3

Ativan is prescribed for the management of anxiety and, less frequently, for the short-term treatment of insomnia. It also may be used to treat seizures or administered as an IV sedative before anesthesia. It is usually taken as an oral tablet, but it can also be delivered via injection.4,5


What Are the Effects of Mixing Ativan and Alcohol?

Ativan is a Schedule IV controlled substance, and its use can lead to abuse and dependence. Though benzodiazepines such as Ativan can be abused on their own, they are often abused with other substances, such as opioids and alcohol. In studies, 3% to 41% of alcoholics state that they abuse benzodiazepines to heighten the effects of alcohol or lessen the effects of withdrawal.4,6

Because Ativan and alcohol have similar effects on the brain and body, ingesting both within the same timeframe can heighten those effects, sometimes with deadly consequences. They both inhibit the central nervous system and can lower heart rate and breathing. The effects of the two combined can be greater than if they were consumed alone. The combination can cause severe drowsiness, breathing problems, coma, and death.4,7

Benzodiazepines can also be prescribed to manage alcohol withdrawal.5 People undergoing such withdrawal management may be at particular risk of overdose if they resume drinking.

How Is an Overdose of Ativan and Alcohol Treated?

An overdose requires immediate medical attention. Call 911 if you suspect a potential overdose in yourself or someone nearby.

Treatment for an Ativan overdose includes monitoring of vital signs as well as airway maintenance and breathing support, if needed. Norepinephrine may be administered for blood pressure support, in the event of severe hypotension. Emergency room staff may perform gastric lavage (stomach pumping) or give the person activated charcoal, which can prevent further absorption of any drug already taken orally.4

Flumazenil, a benzodiazepine receptor antagonist, can reverse the effects of an Ativan overdose. It may be used as part of overdose treatment. However, there is a risk of seizures, especially in people who have been taking Ativan long term.4

Treatment for an alcohol overdose includes:10

The best way to avoid overdose is to stay away from alcohol when taking Ativan. When taken together, the effects of both substances are exacerbated and can be fatal.

If you are abusing Ativan, alcohol or other drugs, seek help today. Addiction recovery programs can help you safely detox and set you on the path to recovery.

Dan Wagener, M.A.
Editor
Dan Wagener is a Senior Web Content Editor at American Addiction Centers.
Read Our Editorial Policy
Related Topics
Related Tags
alcohol
benzodiazepine
Are you covered for addiction treatment? Find your insurance.
Check My Insurance
Do you have insurance?
Don’t wait. Call us now.
Our admissions navigators are available to help 24/7 to discuss treatment.
Get addiction help now (24/7 helpline)We’re here for you every step of the way.