Do Benzodiazepines Cause a High or Euphoria?

Benzodiazepines are a type of prescription drug commonly prescribed to treat mental health disorders like anxiety and insomnia. These medications interact directly with mental pathways that affect an individual’s reward and memory responses, providing a sedative effect.

However, when these medications work in the brain, they also cause a mild to moderate sense of euphoria that can lead individuals to abuse the drugs, either for increased treatment effects or for recreational use. As a result, benzos can lead to addiction and connected difficulties requiring addiction treatment.

Benzodiazepines – sometimes referred to as benzos – are sedative medications generally used to treat conditions like anxiety, some forms of depression, and insomnia, as described by Medical News Today. Starting with their development in the early 20th century, they quickly gained popularity until they became one of the most commonly prescribed drug types in the country.

As with many drugs that have psychoactive effects, people quickly began to note the euphoria that resulted from taking these common medicines. Over time, benzos have become popular, not just as medications used to treat legitimate health conditions, but also as recreational drugs used to provide a euphoric experience or “high.” Whether through this recreational abuse or through abusing the drugs for their treatment effects, benzos have the potential to cause tolerance, dependence, and addiction.

How Benzos Work in the Body

While some of the action of benzos in the body is still not fully understood, it is known that these drugs interact with the GABA (gamma-aminobutyric acid) system in the brain. As described by the Ashton Manual, this neurochemical pathway works to inhibit the action of other neurotransmitters in the brain, such as norepinephrine and dopamine; this slows the body’s overall responses to stimuli, as well as slows heart rate and breathing, relaxes muscles, and eases racing thoughts and stirred emotions. The overall effect is mental and physical sedation and relaxation, which is why these drugs are effective in treating conditions like:

What Is the Difference between Different Types of Benzos?

While all benzos work on the same basic neurochemical pathways, they can work in different ways depending on the formulation. For this reason, some of these medications may be more appropriate for treating short-term anxiety or panic attacks, while others can aid in treating insomnia problems. Still others can help prevent seizures or ease some symptoms of depression. Based on these various actions, benzos are classified to some degree by “subtypes” correlating to the GABA receptors that mediate the body’s response, as described by Trends in Neuroscience. Generally, these subtype receptors include:

There are also beta 3 and gamma 2 subtypes, which appear to be implicated in all of the above responses, including the potential for developing an addiction, particularly for the gamma subtype.

Another difference between different types of benzos has to do with how long they stay in the body to do their work. For example, short-acting benzos may be used to treat intermittent anxiety issues or other short-term, non-chronic conditions; on the other hand, long-acting benzos may be prescribed when a chronic mental health disorder needs to be treated over a long period of time, with a consistent concentration of the drug in the body.

Some of the more popular, specific types of benzos are discussed below.

The National Library of Medicine describes Xanax as a short-acting benzo that is mostly used to treat short-term or intermittent anxiety or panic disorders. It is often also prescribed to help with anxiety that occurs with mood disorders such as depression. This medication has a high affinity for gamma 2 subtype receptors, and it is considered to be highly addictive.

Valium is a common benzo that has become familiar in popular culture through movies and television. According to a fact sheet from the National Traffic and Highway Safety Administration, this long-acting medication is used to treat anxiety and provide sedation, as well as to help manage some disorders related to muscle spasms or seizures. In addition, diazepam may be used to help treat withdrawal from alcohol in people struggling with alcoholism.

Diazepam has a lower affinity for gamma 2 receptors than some other benzos. If tapering from a short-acting or low-dose benzo is required during addiction treatment, diazepam is often used as a substitute for the short-acting benzo because it is more easily able to be tapered accurately over time.

Ativan is a short- to middle-term benzo, like Xanax. It is also used to treat anxiety issues but can also be applied to insomnia, seizure disorders including severe seizures, or mania. Sometimes lorazepam is provided before surgery as a sedative, according to Healthline. Lorazepam has a high gamma 2 receptor affinity, and it is considered to be highly addictive.

The Encyclopedia of Mental Disorders indicates that Klonopin is more sedating than Xanax, making it a potent treatment for more severe anxiety disorders, panic disorder, and PTSD. It is often also used to treat epilepsy, social phobias, and mania.

On the other hand, clonazepam has been shown to trigger depression in some people when using it, and it puts people who take it at a higher risk of experiencing suicidal thoughts or attempts.
A large number of additional benzodiazepine types exist for different therapeutic effects. However, all are considered to have the potential to result in tolerance, dependence, and addiction. 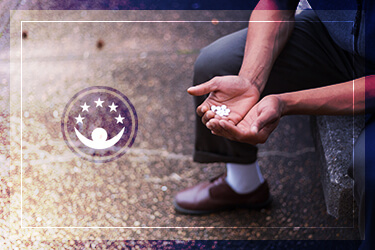 In recent years, it has become well-known that benzodiazepines are highly addictive. In fact, the Royal College of Psychiatrists states that four out of 10 people who take benzos for longer than six weeks will become addicted to the drugs. This is because of the swift way that these medications alter the dopamine and GABA systems, enabling tolerance to develop in a short time.

Tolerance is a state in which the brain’s systems adjust to the presence of a drug, making the drug less effective in managing symptoms. When this happens, some people will begin taking more of the drug or will take it more often to try to recover the original effect. Instead, what ends up happening is an upward spiral that results in further tolerance, additional increases in dosage, and, eventually, an inability to function without the drug. This combination of dependence and tolerance is thought to be what results in the person becoming addicted to benzo use – the state in which the individual is no longer able to control use of the drug.

It is possible – and important – to treat addiction to benzodiazepines. While benzo abuse and addiction are not usually fatal on their own, many people who abuse benzos branch out to using other substances, such as alcohol or opioids; these combinations can quickly result in severe health consequences or even death.

Quitting benzos is not just a matter of stopping use. In fact, quitting benzos “cold turkey” can be a risky venture because these drugs have a potentially dangerous withdrawal syndrome that can result in:

Because of this risk, a person who is trying to stop use of a benzodiazepine – even a short-acting benzo like Xanax – should get professional support in tapering off the drug. Professionals experienced in treating benzo abuse and addiction may be able to substitute a longer-acting version of a benzo or take other measures to slowly taper the dosage over time, helping the body adjust to loss of the drug faster and resulting in minimized withdrawal symptoms. For this reason, if benzo addiction is suspected, the first step is to get in touch with a reputable, research-based treatment center that can provide detox support or resources and get on a path to a safe, relatively comfortable detox before moving into an addiction treatment program.