Side Effects of Mixing Suboxone and Benzos

Every medication comes with the potential for side effects, and these side effects are compounded when medications are combined. This is why doctors always need to be made aware of any other medications a person may be taking prior to prescribing a new medication.

In some instances, those who take Suboxone to manage opioid addiction may also struggle with anxiety or other issues that may necessitate a benzodiazepine (benzo) prescription. Generally, prescribing doctors will seek out alternative management means in these cases in order to avoid drug interactions. In other instances, those who abuse drugs recreationally may attempt to combine these drugs.

Suboxone is a prescription medication that is used to treat addiction to opioids. Found in tablet form, the medication contains both buprenorphine and naloxone.

Buprenorphine is a long-acting opiate agonist that acts on the same receptors that heroin and prescription painkillers do, according to the National Institute on Drug Abuse (NIDA), which it is effective in the treatment of opioid addiction. Essentially, buprenorphine occupies opioid receptors in the brain, preventing the person from going into withdrawal when they stop taking the substance of abuse, such as heroin or Vicodin.

In Suboxone, naloxone is added to buprenorphine. Naloxone is a newer medication used to reverse the effects of opioid overdose; if a person attempts to abuse Suboxone in an effort to get high, the naloxone will knock the buprenorphine off the opioid receptors, throwing the person into withdrawal. Essentially, Suboxone will prevent opioid withdrawal symptoms if taken orally as prescribed; however, if it is injected in order to get high, the drug causes severe withdrawal symptoms, thus deterring abuse of the drug.

According to the Food and Drug Administration (FDA), buprenorphine and Suboxone were groundbreaking medications to treat opioid dependence since they could be obtained via pharmacies and taken at home. Previously, in most areas, the only way to obtain pharmacological treatment for opiate addiction was through specific methadone clinics. Patients would have to visit the clinic daily to get their prescribed doses.

NIDA has found that Suboxone has had a profound effect on reducing opioid cravings and use since its introduction. It has also helped to diminish the risk of HIV associated with injection drug use.

As with any drug, there are potential side effects associated with use of Suboxone. These include:

Benzodiazepines, or benzos, make up a class of drugs that result in the depression of the central nervous system. Benzos are mostly used to treat insomnia and anxiety, but they can be used to treat a multitude of other conditions as well. Examples of common benzodiazapines include: Xanax, Klonopin, Valium, Ativan, and Ambien. Prescriptions for benzos are very common, as there were 49 million prescriptions for alprazolam alone in 2013, according to the Drug Enforcement Administration (DEA). Benzos are the most commonly prescribed depressants in the United States, according to the Center For Substance Abuse Research (CESAR).

Short-term effects from a low to moderate dose of benzos include but are not limited to:

At higher doses, benzo users can see a slowing of the reflexes, erratic thinking and behavior, mood alteration, and a state of euphoria. These effects, especially the euphoric effects, are what leads to the abuse of benzos. Unfortunately, abuse of benzos has become extremely common in the United States.

Long-term effects from use of benzos include:

Physical dependence on benzos can form very quickly, which is why they are generally only prescribed for short-term use. Once physical dependence has formed, benzo withdrawal can trigger uncomfortable and even life-threatening withdrawal symptoms, such as seizures. As a result, medical detox is always required to withdraw from benzodiazepines. Generally, a supervising doctor will slowly taper a person off benzodiazepines, lowering the dosage over time. This helps to mitigate withdrawal symptoms until the person is free from the drug.

Concurrent Use of Suboxone and Benzos

Concurrent use of Suboxone and benzos is common despite the risks involved. In a study published in Addiction, approximately two-thirds of people who reported buprenorphine use also used benzos. This is concerning, as the two drugs interact with one another very poorly, and this can present a hazardous situation for a user. According to the FDA, mixing certain opioid medications and benzos can result in coma and death. This is why the organization began requiring strong warning labels on related medications in 2016.

Benzos are considered to have a high potential for abuse, putting those with substance abuse issues at serious risk even if they are given a legitimate prescription for the medication. Those who are prescribed Suboxone have obviously had trouble with substance abuse, as the drug is used to treat opioid addiction. This means that someone taking Suboxone would be more at risk to abuse benzos than someone who has not been prescribed the drug simply due to their addiction history.

Mixing these two drugs can result in an extreme state of sedation.

Excessive sleepiness is not uncommon when benzos and Suboxone are combined, and users may be at serious risk for respiratory depression and low blood pressure. As referenced earlier, coma and death are the most significant consequences that can arise when these two substances are mixed.

It’s extremely dangerous to operate a motor vehicle or any other kind of machinery when exposed to this mixture of drugs. Slow reaction time and drowsiness greatly increase the chances of an accident. 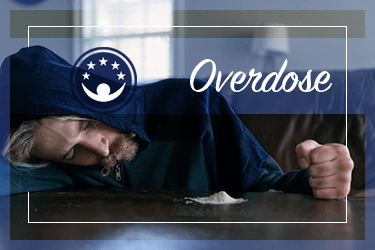 Overdose is more likely to occur when substances are combined. A small study published in the European Journal of Clinical Pharmacology found that benzos were present in the systems of 82 percent of people who had died a buprenorphine-related death in Finland from 2000-2008 (ages 14-44).

Because abusing Suboxone results in adverse effects, if the naloxone element is activated, benzos are more commonly abused in this interaction. While there were only 11 deaths associated with just benzo use in 2010, the National Survey For Drug Use and Health (NSDUH) done the following year found that more than 20 million people over the age of 12 reported abusing benzos at some point in their lives. That number clearly shows benzos to be major drugs of abuse.

The reason for polydrug use featuring Suboxone and benzos remains unclear. Not only does this co-abuse put an individual at greater risk for adverse effects and health problems in both the short-term and long-term, but it has also been found to have a negative effect on a person’s chance of recovery. As with all cases of polysubstance abuse, relapse is more likely when a person has a history of abusing multiple substances.

The combination of Suboxone and benzos is clearly one that should be avoided, as it can result in serious health effects, including death. If prescribed either medication by a doctor, the patient must be honest regarding any other substances being taken. Abuse of either substance comes with serious risks and should be avoided.