How to Stop Taking Xanax, Klonopin, and Other Benzos

What is Benzodiazepine Treatment ?

The safest way to kick a Xanax, Klonopin, or other benzo habit is through a medical detox program at a specialized treatment facility. Medical staff can use a slow medication taper to help the brain adjust to the lack of benzos, and the staff can provide follow-up rehab care to ensure that the sobriety gained in medical detox sticks for the rest of life.

If a person wishes to stop taking a benzodiazepine, it should be done via medical detox at a specialized drug treatment facility where medical and mental health professionals are on hand to offer direct support and care.

Benzodiazepines include Xanax (alprazolam), Ativan (lorazepam), Klonopin (clonazepam), and Valium (diazepam), among others. They are prescription medications used to treat anxiety and panic disorders as well as insomnia. They are also used as mild sedatives, as muscle relaxers, and to reduce seizures. In 2008, JAMA Psychiatry reported that over 5 percent of Americans between the ages of 18 and 80 were using a benzodiazepine medication. In addition to their high incidence of prescription, central nervous system depressant medications, which benzodiazepines are, remain among the most commonly abused classes of prescription drugs in the United States, according to the National Institute on Drug Abuse (NIDA).

When an individual takes a benzodiazepine for a few months or more, the brain becomes accustomed to the drug’s interaction. When cravings for benzos coupled with the desire to take more or higher doses occur, a dependency on benzodiazepines may be present. Withdrawal symptoms may occur if the drugs are then removed from the bloodstream, and the brain may rebound, bringing about a return of the symptoms the drugs may have been prescribed to treat initially.When benzodiazepines are stopped, withdrawal symptoms can be both psychological and physical. They may include anxiety, mood swings, depression, panic, hallucinations, trouble with memory and cognitive functions, muscle tremors, blurred vision, insomnia, seizures, suicidal tendencies, loss of appetite, nausea and vomiting, and diarrhea. Medical detox is largely considered the safest way to purge benzodiazepine drugs from the body and brain. As a result, seeking professional help is often the first step towards stopping the use or abuse of a benzo.

The amount of drugs taken and length of time they were taken influence the withdrawal period. For instance, if high doses of Xanax are taken for longer than a few months, withdrawal symptoms may be more intense and prolonged. Experts in the field, as reported by Psychology Today, generally agree that a controlled tapering schedule that is set up and monitored by a medical professional, wherein the dose is lowered very slowly over a period of several months, may be the optimal way to remove benzodiazepines from an individual who is heavily dependent on them. Instead of stopping a benzo suddenly, or “cold turkey,” this weaning and slow dose reduction can lessen the side effects of withdrawal.

The bulk of the withdrawal symptoms and drug cravings may occur between a few weeks and several months of beginning a medical detox program.

Many programs use a step-up and step-down system so that individuals can move between levels of care as needed.Due to the wide range of symptoms that may accompany benzo withdrawal, there are several medications that may be used during medical detox to aid in managing specific withdrawal symptoms. According to the British Journal of General Practice, at least a third of those who take a benzodiazepine medication for an extended period of time experience withdrawal symptoms even with dose reduction.

Medications are constantly being researched for their effectiveness at reducing these withdrawal side effects. The Journal of Psychopharmacology reported on a few studies that indicate that the drug flumazenil may be both safe and effective in lowering the intensity of benzodiazepine withdrawal, for instance.

It is important to disclose any and all substances taken in conjunction with benzodiazepines too, as other drugs or alcohol can interfere with treatment and may add to the duration and intensity of benzo withdrawal. A drug test may be performed upon entering medical detox in order to determine the levels and types of drugs in the bloodstream in order to ensure that the proper pharmacological protocols are followed and to prevent potentially dangerous drug interactions. Medical and mental health history and assessments may be done upon entering a drug treatment program as well, as a method of providing the most comprehensive care possible.

Following the physical stabilization that occurs during the early stages of medical detox, the second step in successfully stopping use of a benzodiazepine is to make sure that adequate emotional and psychological support is obtained.

Psychological withdrawal symptoms may continue for months, but they can be controlled and minimized with the proper professional help.

Several research-based therapy models may be effective during benzodiazepine withdrawal and recovery. Cognitive Behavioral Therapy (CBT) is the exploration of the interaction between emotions and actions. It holds that by reversing negative thought patterns, more positive behaviors can be attained. Therefore, if an individual’s low self-esteem can be raised through individual therapy and group counseling sessions that teach new ways to cope with stress, negative behaviors such as the desire to seek and take drugs, can be minimized. CBT has been proven effective, per studies on the first three months of recovery, to help users stop taking benzodiazepines when combined with a tapering schedule, as published by the Cochran Database of Systematic Reviews.

It can be beneficial to discover what led to the development of a drug dependency in the first place and to find healthier ways to manage potential triggers.

Individual therapy sessions can also aid in personal discovery and growth that can be sustained throughout recovery. Family and peer support groups can often be helpful as well.

There are several additional methods that can make stopping use or abuse of a benzo easier. These may include: 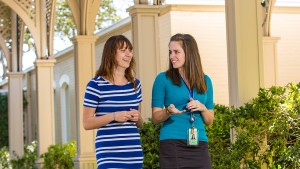 According to the Substance Abuse and Mental Health Services Administration (SAMHSA) in 2013, approximately 2.1 percent of Americans over the age of 11 reported past-year nonmedical, or recreational, use of a tranquilizer medication, and this category includes benzodiazepines.

These drugs are considered highly addictive, and abusers may develop a dependency rather quickly. Regardless of the whether use began through a legitimate prescription or due to abuse, professional help should be sought in order to stop taking benzos after a dependency has formed. With proper care and follow-up support, recovery can be achieved.