The Dangers of Benzo Withdrawals

Are Benzodiazepines Dangerous to Withdraw From?

Yes. When people take benzos for longer than a few months, or when they take high doses of benzos, the brain comes to depend on these drugs. When they are removed, people may experience anxiety, panic, hallucinations, and/or seizures. The safest way to deal with a benzo addiction is to enroll in a medical detox program. These drugs are too dangerous to quit cold turkey.

While generally not considered life-threatening, withdrawal from benzodiazepines is best managed through medical detox, which can offer both physical and mental health support and supervision.

Benzodiazepines are central nervous system depressants ” prescription medications that suppress brain activity related to anxiety, panic and stress. Benzos are also prescribed to treat insomnia, muscle tension, and seizures. About one in 20 Americans between the ages of 18 and 80 were prescribed a benzodiazepine medication in 2008, the National Institute of Mental Health (NIMH) reported. These medications are also regularly abused, or used for nonmedical purposes.
When the body feels stress, the “fight or flight” reaction is activated, raising heart rate, body temperature, and blood pressure. Benzodiazepines slow all of this activity down, calming the system, and relaxing the body and brain by increasing the interaction of the inhibitory neurotransmitter gamma amino-butyric acid, or GABA, within the central nervous system. Benzodiazepines also have the added effect of deregulating dopamine production, resulting in more of the “pleasure cells,” which may increase the addictive potential of benzos, according to the National Institute on Drug Abuse (NIDA).

When benzodiazepines are taken for longer than a few months and/or in high doses, the brain may start to depend on the influence of the drugs.

When they are removed, the brain may experience a rebound as GABA and dopamine levels decrease. This rebound effect often includes a return of symptoms the drugs may have been treating, and when they return, the symptoms may be more severe than the original symptoms.
Withdrawal symptoms may include both physical and psychological side effects that may be powerful in nature. Therefore, stopping a benzodiazepine medication suddenly without medical help is not recommended and could be dangerous.

Withdrawal may start between either within a few hours of the last dose up to several days later, depending on the type of benzodiazepine medication taken and its half-life. A drug’s half-life is the length of time it takes for the drug to leave the bloodstream. Benzos such as Ativan (lorazepam) and Xanax (alprazolam) are considered short-acting with shorter half-lives, while Klonopin (clonazepam) is classified as intermediate and Valium (diazepam) is long-acting with a longer half-life than the others.

Side effects of withdrawal may also range in duration and intensity, which may be directly related to the level of dependency. Someone who took a benzodiazepine for a longer amount of time and in higher doses each time is likely to be more dependent on it for example.

Withdrawal may occur in three stages: early, acute, and protracted withdrawal, but not everyone will experience each phase. Benzodiazepine withdrawal is generally thought to be more psychological than physical, although withdrawal side effects include both physical and emotional symptoms.Early withdrawal is often the first stage of withdrawal, beginning within a few days of stopping use of benzos and lasting up to a week.

It is during this early withdrawal time that the brain may experience the rebound effect with heightened stress, panic, and anxiety levels as well as trouble sleeping. Mental confusion and “foggy brain” feelings are common as well.Within a week of stopping a benzodiazepine drug, acute withdrawal may begin, which can last for as little as two weeks or continue on for several months.

The last phase, protracted withdrawal, is thought to affect less than 15 percent of those in benzodiazepine withdrawal. Protracted withdrawal may continue for months or even years after stopping a benzodiazepine drug. Symptoms include anxiety, depression, and cognitive and memory difficulties as well as some physical symptoms, such as muscle spasms or feelings of electricity in the limbs.

The help of a medical or mental health professional is often needed to manage these symptoms successfully. 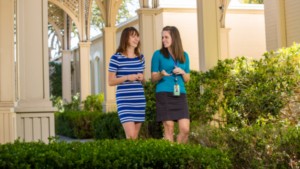 There are several factors that influence benzodiazepine withdrawal, specifically its duration and severity. The amount taken, method used to take it (i.e., ingesting a pill versus injecting it), the length of time the drug was taken, family and personal history with addiction, and underlying medical or mental health issues are some of these factors.
Perhaps one of the biggest factors influencing the dangers of withdrawal is the fact that benzodiazepines are so commonly mixed with other drugs and/or alcohol. Benzos are commonly termed “downers” due to their suppression of the central nervous system. When they are mixed with other depressants, such as alcohol or opioids, they can amplify each of these substance’s side effects and complicate treatment, thereby increasing the withdrawal timeline and severity of symptoms. Both opioid and alcohol withdrawal can be life-threatening without professional treatment. When these substances are removed suddenly from someone’s bloodstream, respiration can drop to potentially fatal levels and potentially lethal seizures may occur. Adding benzos to the mix only increases the risk factors for a potentially life-threatening outcome. The Drug Abuse Warning Network (DAWN) report of 2014 estimated that mixing benzodiazepines with alcohol or opioids enhanced the potential and predicted risk for a more serious medical outcome between 24 and 55 percent.

It is important that all drugs are accounted for when entering medical detox for benzodiazepine dependency to avoid any potential negative drug interactions.


Co-occurring disorders, simultaneous diagnoses of a substance abuse and mental health disorder, are present in close to 9 percent of American adults, according to the Substance Abuse and Mental Health Services Administration (SAMHSA). Since benzos are often prescribed to treat symptoms of anxiety, panic, and insomnia, which all may be tied to underlying mental disorders, the removal of benzodiazepine medications may exacerbate mental health issues, especially if they are not treated with therapy and other professional tools or methods. Withdrawal symptoms may be enhanced if anxiety, panic, and other mood disorders are not treated simultaneously during recovery.


Since benzodiazepines affect the reward and pleasure centers in the brain, and users may notice a drop in dopamine during withdrawal, depression is not uncommon. When someone is already at risk for depression or has suffered from depression in the past, the risk of becoming depressed during withdrawal is increased. The U.S. Food and Drug Administration (FDA) even prints a warning for Ativan users with pre-existing depression in their medical histories or with depression as the primary mental health disorder, advising against using the benzodiazepine medication at all.


Both physical and emotional health can be successfully maintained during medical detox at a specialized drug treatment facility, which can provide medical interventions and monitoring 24 hours a day, seven days a week, to ensure that benzodiazepine withdrawal is safe and comprehensive. Treating a dual diagnosis with integrated care methods can improve symptoms overall as well. Counseling, support groups, family training and education, and individual therapy all help maintain and sustain long-term recovery.

Editorial Staff
Author
The editorial staff of American Addiction Centers is made up of credentialed clinical reviewers with hands-on experience in or expert knowledge of ad … Read More
Read Our Editorial Policy
Related Topics
Related Tags
benzodiazepine
withdrawal
Are you covered for addiction treatment? Find your insurance.
Check My Insurance
Do you have insurance?
Don’t wait. Call us now.
Our admissions navigators are available to help 24/7 to discuss treatment.
Get addiction help now (24/7 helpline)We’re here for you every step of the way.