Teenagers are in that “in between” world. The reality of getting taken care of by parents and the world of adulting that comes with a plethora of responsibilities. Regardless of which generation a teenager has gotten to experience, there are commonalities across the board.

Teens all face hormonal changes, feeling awkward, peer pressure, and that anxious desire to do adult things without any of the responsibility.

Social media adds a new dimension to the adolescent experience. Currently, not all living generations have been faced with “social” as a teen. This includes the silent generation, baby boomers, and Generation X.

Millennials and Generation Z, on the other hand, have been inundated with social media as teenagers. It’s part of their everyday existence, and for Gen Z, they more than likely don’t remember a world without these media platforms.

For some, substance abuse has been an ongoing battle within the teen years from one generation to another. However, is there any connection between teens, social media, and substance abuse?

Substances most commonly used by adolescents include marijuana, alcohol, and tobacco. Has social media impacted this fact at all, or is it just more of the same?

At American Addiction Centers, the nationwide leader in addiction treatment, we offer medical detox and treatment for substance use disorders for young adults in need. If you find yourself struggling with an addiction to substances, please reach out for help. 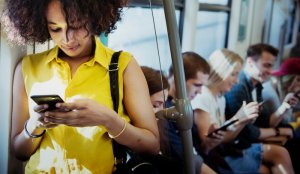 Surprisingly, social media was launched over 40 years ago in 1979 in the form of Usenet. It was the first recorded network that allowed users to post to newsgroups. Of course, it wasn’t used by everyone, let alone the teen population. However, social media as we know it today, skyrocketed nearly 30 years later with Facebook at the helm in 2006.

Based on these statistics, social media seems to be making a positive impact on lives and people are continuously drawn to it. However, according to the Journal of Adolescent Health, mental health problems like sleep disturbance, eating issues among young people, and depression are connected with social media usage.

“Social” bolsters social comparison, which may be tricky for teens who are most vulnerable to depressive cognitions when approached with such comparisons.

The disconnect between the statistics and the findings in the journal may simply be how teens actually feel and what they say they feel regarding social media. Just like social media, there is often two different realities: what is shared with the world and what the truth actually is.

Social Media and Substance Use

Reports have been made that social media have been used as a strategy to sell drugs, using 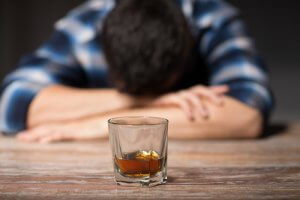 relevant hashtags to connect buyers and sellers. Among the culprits are alcohol, tobacco, and the electronic cigarette industries, spearheading marketing strategies on social media towards teens.

Despite the fact that it’s illegal to market such products to minors, exposure to substance use images is still readily available.

The National Center on Addiction and Substance Abuse (Columbia University) conducted a report in 2011 that indicated that teenagers who use social media are more apt to use marijuana, tobacco, and alcohol as opposed to teenagers who don’t use these media platforms.

If you’re struggling with addiction, you’re not alone. We’re here. There are resources available to help you achieve long-term sobriety and to live a healthy and productive life. Don’t let a battle with substance abuse hinder you. Please reach out to get the help that you need.

Nitara Osbourne
Author
Nitara Osbourne, M.Ed., is an award-winning writer and Content Specialist at American Addiction Centers.
Read Our Editorial Policy
Recent Posts
Related Tags
social media
substance abuse
substance use disorder
Don’t wait. Call us now.
Our admissions navigators are available to help 24/7 to discuss treatment.
Prefer texting to talking on the phone? We’ve got you covered 24/7.
Instead, sign up for text support to receive: