How Drinking Affects Health and Wellness

Alcohol use disorder is a progressive, chronic, and potentially fatal disease that causes serious damage to a person’s physical and emotional health. But even people who are able to drink safely need to be mindful about how the substance affects their body and mind. Despite being widely accepted as a societal norm (it’s estimated that 139.7 million Americans currently use alcohol), drinking even moderate amounts can take a toll on a person’s mental and physical wellbeing. Here are some of the damaging effects alcohol use can have on your health. 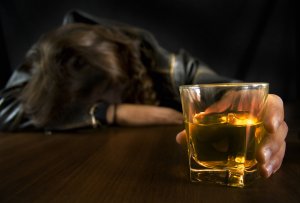 Excessive alcohol consumption (which is defined by the CDC as at least eight drinks a week for women and at least 15 a week for men) can wreak havoc on almost every idea of the body, including:

Alcohol is a depressant, which means it lowers activity in the central nervous system. It can have a huge impact on how you feel from an emotional standpoint as a result and can exacerbate already existing mental health conditions such as depression, anxiety, and PTSD.

Because drinking creates temporary feelings of euphoria, people often turn to alcohol as a way to relieve stress and anxiety. Unfortunately, the opposite is actually true — once the initial calming effects have worn off, alcohol actually worsens feelings of anxiety. This creates a vicious cycle that can lead to dependence as a person’s tolerance grows. People who feel the need to drink more to manage anxiety are actually being intensified the anxiety. 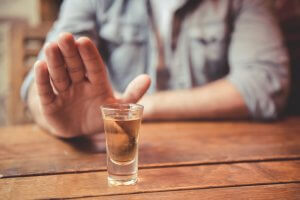 Finally, drinking impairs your cognition and increases your risk of making poor decisions. In many cases, these poor decisions can cause serious physical harm and even death. For example, you might decide to drive while intoxicated and end up injuring yourself and or others.

Susan Linney
Author
Susan Linney is a freelance writer and editor with more than 15 years’ experience. She is especially passionate about using her voice to help people … Read More
Read Our Editorial Policy
Recent Posts
Related Tags
alcohol
mental health
wellness
Don’t wait. Call us now.
Our admissions navigators are available to help 24/7 to discuss treatment.
Prefer texting to talking on the phone? We’ve got you covered 24/7.
Instead, sign up for text support to receive: