Drug Companies Versus the DEA

Why hasn’t the Drug Enforcement Agency (DEA) been taking a greater role in resolving the opioid epidemic?

Judging by a recent article on The Washington Post, it’s not for lack of trying. Instead, it appears the DEA has fallen victim to regulative restriction funded by and designed to protect opioid distributors and manufacturers.

Early Warning Signs of an Epidemic

In 2005, the opioid epidemic was claiming over 10,000 lives a year. Perhaps a far cry from the more than 70,000 it claimed in 2017, but alarming to the DEA nonetheless. It didn’t take long for the DEA to realize that the epidemic was being fueled by prescription opioids, funneled from pharma companies to corrupt doctors and pill mills. Hoping to avert further catastrophe, the DEA jumped into action. 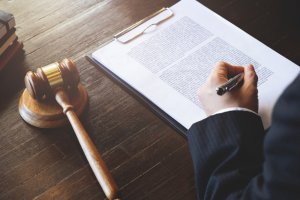 The agency initially took a hardline stance against pharmaceutical manufacturers back in 2008. It started with the DEA taking action against McKesson and Cardinal, two pharmaceutical manufacturers, for “failing to report suspicious orders from Internet Pharmacies.” The action cost McKesson $13 million and Cardinal $34 million in fines. Later that month, the DEA scored another victory when congress passed a bill shutting down Internet pharmacies. While these online pharmacies were lucrative for drug manufacturers, the DEA reported that they filled many “suspicious orders.”

Emboldened, the DEA amplified their offensive. They coldly notified distributors and manufacturers of their responsibility to monitor and report suspicious activities regarding drug orders.

It was at this point that Big Pharma was done playing nice.

To Subdue the Enemy Without Fighting…

“Overzealous regulators,” was the phrase used by a Purdue Pharma executive to describe the DEA. A coalition of pharma companies would assemble soon after. Knowing they couldn’t outright disobey laws imposed by the DEA, Big Pharma decided to use a different plan. They decided to subdue their enemy without fighting by leveraging their own overzealous regulators to handcuff the DEA.

Enter the Marino Bill. Engineered by then-representatives Tom Marino (R-Pa.) and Marsha Blackburn (R-Tenn.), the bill clarified that the DEA could only take action against drug manufacturers and distributors if their actions posed “imminent danger to public health or safety.” Sound reasonable? Well, yes, until the fine print of the bill defined “imminent danger” as “a significant and present risk of death or serious bodily harm.”

As a result, DEA agents were handicapped. After all, how could one show that a pharmaceutical manufacturer in Connecticut was posing “present” risk to a community in Idaho?

Big Pharma spent $140,000 in 2014 lobbying for the bill alone. When the acting head of the DEA warned of the bill’s ability to gut the DEA’s capability to fight the opioid epidemic, Marino and Blackburn accused him of trying to “intimidate the United States Congress.” An investigation followed that derailed the DEA chief’s career.

The bill was signed into law in 2016 and remains in place.

Healing the Self and Local Communities

But such scandals are more the norm than the exception in Washington in this day and age. While the Washington Post’s expose on this issue has generated new attention, the fact remains that millions around the country are affected by the opioid epidemic. While support for the repeal of the Marino Bill is growing, there are ways to help those struggling with addiction now. 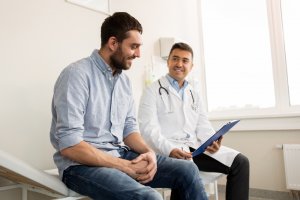 American Addiction Centers is ready to combat the opioid epidemic by helping those afflicted by opioid addiction start their journeys to recovery. Our medically-informed curriculum has a success rate nearly double the national average. With residential facilities across the country and an innovative patient-centric approach, AAC prides itself on being a national leader in the addiction treatment industry

Don’t wait for Washington to change to heal yourself. Take the initiative. Freedom from addiction is just a call away.