For the first time since 1990, the number of Americans killed by drug overdose may have dropped from the year prior. Preliminary data released in July by the Center for Disease Control and Prevention (CDC) indicate that drug overdose deaths declined by about 5 percent in 2018. 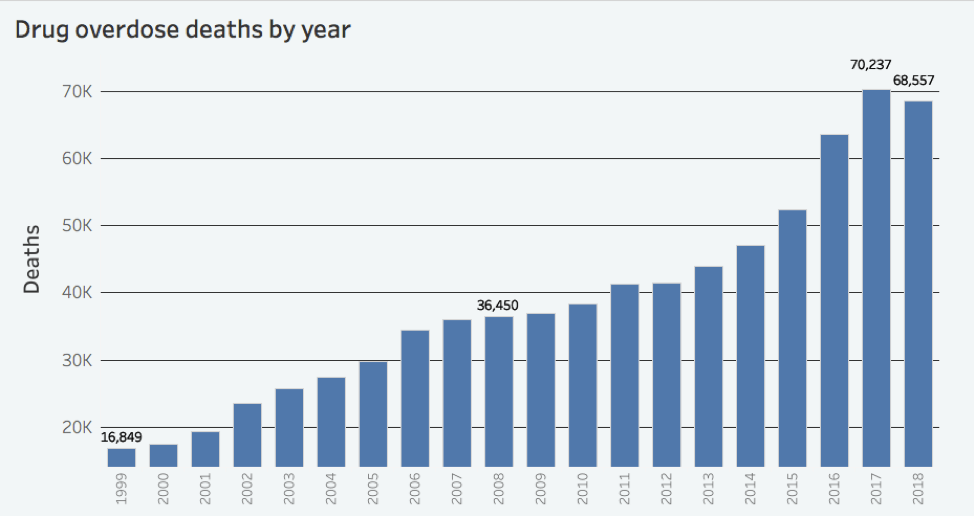 As you can see, annual drug overdose deaths have skyrocketed since 1999—more than quadrupled, in fact. And, until 2018, that count seemed to be swelling inexorably larger each year. So the data released last month might mark an important turning point in the overdose epidemic that has ravaged the U.S. for roughly twenty years.

This good news comes on the heels of other signs that the country has finally started taking the epidemic seriously. Last year, congress finally took some action, however limited, to address the issue. Meanwhile, individual states have also been trying to take matters into their own hands to combat the epidemic. And with a slate of recent indictments, the U.S. Department of Justice isn’t too far behind.

However, it’s important to reiterate that this CDC data is preliminary. The final tally of overdose deaths in 2018 might wind up being higher or lower than that of this initial release. For example, the preliminary data for 2017 showed that there were roughly 72,000 deaths caused by drug overdose that year; the actual reported number was adjusted down to just over 70,000.

There are still other reasons to be cautious. While the overall number of overdose deaths dropped in 2018, according to the New York Times, the dropoff from previous years was due almost entirely to lower deaths resulting from prescription opioid painkillers. Deaths resulting from certain drugs, especially methamphetamine and fentanyl, continued to rise.

Synthetic opioids such as Fentanyl have proven to be particularly damaging; the preliminary CDC data indicate that as many as 32,000 fatal overdoses were caused by synthetic opioids in 2018, up from 28,000 in 2017. As Vox’s German Lopez pointed out, fentanyl is still largely endemic to parts of the Northeast and Midwest. “If fentanyl starts to spread to other parts of the country in full force, overdose deaths could rise in other places too — and so would the overall death toll,” Lopez noted. 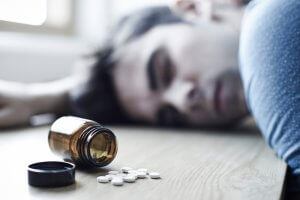 And though fatal drug overdoses fell overall, 68,000 is still an incredibly high number. To put that in context, that number “still exceeded the nation’s peak annual deaths from car crashes, AIDS or guns,” according to the New York Times. Meanwhile, the total number of lives claimed since the onset of the overdose epidemic in 1999 has reached a horrifying total of more than 700,000.

But in spite of these caveats, the preliminary data should ultimately be cause for optimism. Even if the initial estimate is adjusted upwards, the final number is likely going to be in the same ballpark, meaning that, at the very least, 2018’s total signals a leveling off. The U.S. has been reeling from this epidemic—arguably the worst health crisis in our nation’s history—for nearly two decades, and any indication of its waning is worth celebrating.