How to Have a Sober New Year’s Eve

New Year’s Eve, like so many other holidays, is often steeped in drinking culture. Many attend parties where drinking is expected, and celebrate the New Year at midnight with champagne. For those in early recovery, it may feel like New Year’s Eve is a holiday that doesn’t mix well with sobriety. However, being sober doesn’t mean you can’t celebrate. There are several ways one can have a sober New Year’s Eve while still having fun.

Host Your Own Sober Party

One of the best ways to cut the booze out of New Year’s Eve would be to throw your own party. This would allow you to keep things sober. The party can be large or small, and can be relegated to close friends and family. It may be a good idea to invite those who you know are supportive of your recovery efforts. 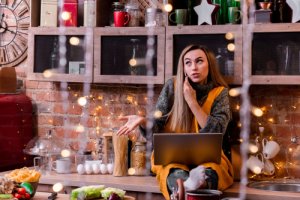 There are also ways to make the New Year’s Eve party fun and exciting without booze. For example, you could give the party a 1920s theme, and focus on creating ambience and encouraging dancing. You could also host a party game, like hosting a murder mystery night. Overall, there are plenty of ways to organize a sober New Year’s Eve party.

Take a Vacation for a Sober New Year’s Eve

New Year’s Eve is also a great time to take a vacation. You won’t be expected to attend a New Year’s Eve party if you’re away from home. While vacations can be expensive, they can also be a great way to start off the New Year. Time off from work and your usual routine can be an effective way to disconnect from your life. Spending time relaxing can help foster better mental health in the New Year.

There are plenty of places to go on a sober vacation during winter. Maybe you and your friends could organize a ski trip during the New Year. Perhaps you want to escape the winter weather by heading south. There are also several countries that don’t celebrate the Gregorian calendar New Year, and hence can make great destinations to avoid the New Year’s celebrations.

Keep it Small for a Sober New Year’s Eve

One of the best strategies would be to keep whatever sober gatherings you have small. When in early recovery, you’ll want to surround yourself with caring and understanding individuals. Friends and close family members that are supporting you during your recovery may be willing to help you through New Year’s Eve.

There are dozens of sober activities you can do with close friends. For example, maybe instead of watching the ball drop you want to host a movie night, filled with junk food and soda. Or perhaps you’d rather spend time with your friends hiking or doing a team activity like an escape room. Cooking is always another good way to spend time with close friends. Organizing a bake-off or preparing a grandiose dinner can be a great way to spend the evening. 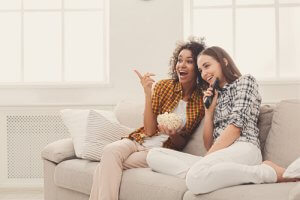 Whichever strategy you opt for to have a sober New Year’s Eve, it’s important to know that you’re not alone. There are millions around the globe who are struggling with alcohol addiction and spend New Year’s Eve sober. While sobriety takes resolve, there’s nothing about it that means one cannot have a good time. By following the guide above, you can have a safe, healthy, sober, and fun New Year’s Eve celebration.

Timothy Esteves
Author
Timothy Esteves is the Community Content Editor at American Addiction Centers.
Read Our Editorial Policy
Recent Posts
Related Tags
recovery
wellness
Don’t wait. Call us now.
Our admissions navigators are available to help 24/7 to discuss treatment.
Prefer texting to talking on the phone? We’ve got you covered 24/7.
Instead, sign up for text support to receive: