It’s official: Purdue Pharma, makers of the notorious opioid OxyContin, filed for bankruptcy this past Sunday.

The filing comes as part of an ongoing legal battle for the Connecticut-based drug manufacturer. Just days prior, Purdue reached a tentative deal to settle thousands of lawsuits brought by states, counties, cities, Native American tribes, and other plaintiffs. The lawsuits allege that the company played an integral role in fomenting the deadly opioid epidemic. 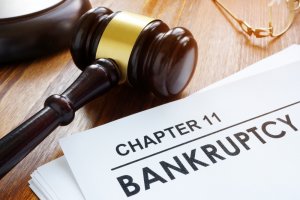 The deal—in addition to precipitating its bankruptcy—could see Purdue paying out up to $12 billion over time, including roughly $3 billion coming from the company’s owners, the Sackler family. Under the terms of the agreement, Purdue would effectively dissolve into a new company that would continue to sell OxyContin with the revenue made from the drug going toward paying money owed to plaintiffs.

One thing notably lacking from the deal was a statement of wrongdoing from Purdue. This in spite of the staggering loss of life resulting from a scourge of drug overdoses in the past two decades: According to preliminary CDC data, nearly 70,000 people died of overdoses in 2018 (mostly, though not entirely, from opioids) while over 700,000 have died since the beginning of the epidemic in 1999 (about 400,000 of which were from opioids).

Founded in 1892 and bought by Raymond and Mortimer Sackler, Purdue enjoyed an unvarnished reputation and healthy profits for most of its existence. The company launched OxyContin in 1996.

It wasn’t long before the public became aware of the toll that the narcotic was taking. In 2001, Connecticut Attorney General Richard Blumenthal (who is now a U.S. Senator) issued a statement urging Purdue to take action to prevent the further abuse of OxyContin. Blumenthal noted at the time that “Purdue Pharma has a moral, if not legal obligation to take effective steps and address addiction and abuse even as it works to reformulate the drug.”

Then the lawsuits started coming. The first major suit brought against Purdue was in 2007 when “Federal authorities investigated the veracity of claims about OxyContin,” as Sherry M. Adler wrote for American Addiction Centers. “The upshot: Purdue Pharma admitted guilt to a felony” and agreed to pay over $600 million in civil and criminal penalties.

But it wasn’t until two years later that Purdue was first sued over the harm their drugs were causing when a group of families sued them in 2009. The company paid out nearly $3 million in compensation to the families but admitted no wrongdoing.

From there, it only got worse. In the ensuing decade, the lawsuits started piling up until the tally surpassed an astonishing 2,000. Which brings us to the present day where we find Purdue in what looks to be the last throes of its 100-plus-year journey.

Though the landmark settlement is sure to be the largest ever payout from a pharmaceutical company, more legal troubles are still on the horizon for Purdue. 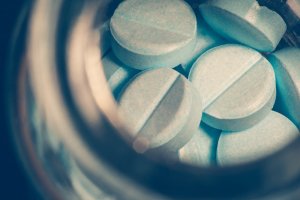 Of the roughly 2,600 plaintiffs involved in the myriad lawsuits filed against Purdue, only about half signed on to the settlement. The other half—led by the attorney generals of Massachusetts and New York—rejected the deal because they contend that the final amount won’t come close to reaching the full $12 billion, and because Purdue won’t be held liable. They also intend to go after the Sackler family who would not be legally implicated in any way under the proposed settlement.

Beyond these thousands of suits, the Sacklers were also recently accused of hiding as much as $1 billion in Swiss bank accounts. The New York Attorney Generals office filed court papers against them last week. (With a net worth of $13 billion, the Sackler family ranks as the United States’ 19th richest family, according to Forbes.)

For many of the plaintiffs, the Sacklers’ culpability seems to be a sticking point. “The controversial piece is going to be about how much the Sacklers need to kick in for the deal to work,” Adam J. Levitin, a bankruptcy law professor from Georgetown University, told the Washington Post.

“The Sacklers are going to be left with plenty of money after this,” Levitin said. “There is a desire that the Sacklers pay some blood money, but it’s never going to be enough to make everyone happy.”