Does the New DARE Program Work?

If you attended grade school between 1983 and 2009, then you almost certainly participated in a Drug Abuse Resistance Education program, or DARE. In fact, the DARE program was eventually implemented in 75% of U.S. schools in the 1990’s and cost taxpayers an estimated $600 million to $750 million per year. Although immensely popular among school officials and politicians, scientific studies continue to show that the old DARE program simply did not work. Due to a faulty curriculum, War on Drugs hysteria, and political motivations, the old DARE program was destined to fail.

However, over the last decade, a new DARE program and curriculum emerged. For multiple reasons, prevention specialists tend to believe this new Dare program works. In fact, several controlled studies of the new curriculum, called “keepin’ it REAL,” have shown a reduction in student drug use compared to peers who did not participate. In only a few years, the new DARE program has succeeded after the staggeringly expensive, decades-long initiative of the old DARE program. 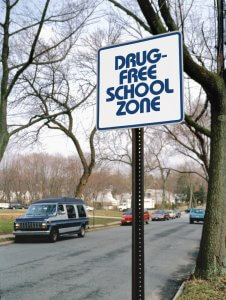 Differences Between the Old and New Dare Programs

In hindsight, the old DARE program seemed fundamentally flawed from the beginning. In the 1980’s, the War on Drugs and Nancy Reagan’s “Just Say No” campaigns had caused widespread fear. As American parents became increasingly paranoid, school systems were desperate for any type of child-focused drug prevention program. In 1983, the Los Angeles police department created DARE in collaboration with the L.A. school system. DARE’s original curriculum was not created by substance abuse and prevention specialists, unlike the new DARE program’s curriculum. It was the paranoia of the time, not effectiveness, that offered an environment for the DARE program to sweep the nation.

Many of us can remember the old DARE lessons. Often, a uniformed police officer delivered a 45-minute lecture on the dangers of drug use, which proved to be counterproductive in preventing drug use among students. Instead, the new DARE program’s curriculum involves 10 45-minute lessons that consist of five situational videos and short, eight-minute lectures. The rest of the time is dedicated to experiential and role-playing activities among small groups of students. 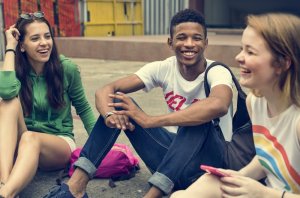 While the old DARE program ultimately failed, the new DARE program has addressed and corrected many of DARE’s past mistakes. Instead of a program based on lectures, media hysteria, politics, and profits, the new DARE’s program has based its curriculum on science and peer interaction. Oversight is provided by an advisory board of prevention specialist and substance abuse experts.

In a changing, more diverse America, the new DARE program also seems equipped to provide a more culturally competent program. While it’s impossible to predict the future, the new DARE program is an important example that substance abuse prevention programs can and should incorporate continuing scientific studies and new, more nuanced approaches.

Matt Berry
Author
Matt Berry is a published author, award-winning journalist and editor. For more than a decade, Matt has specialized in covering U.S. substance abuse … Read More
Read Our Editorial Policy
Recent Posts
Related Tags
addiction
Don’t wait. Call us now.
Our admissions navigators are available to help 24/7 to discuss treatment.
Prefer texting to talking on the phone? We’ve got you covered 24/7.
Instead, sign up for text support to receive: