The Dangers of MDMA and Party Drugs

MDMA, also called molly or ecstacy, is known as a party drug. Due to their psychoactive effects, party drugs like MDMA are often taken at raves, clubs, or music festivals. Many use these substances to amplify their experience. While MDMA is often viewed as safe, there are risks associated with its use, especially if you find yourself using MDMA compulsively. 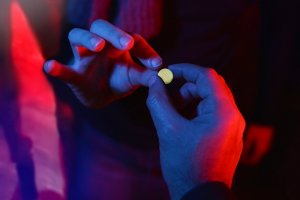 Why are Party Drugs Dangerous?

Party drugs are oftentimes produced illicitly. This leads to them commonly being mixed or cut with other harmful substances. MDMA commonly includes substances such as methamphetamine, caffeine, ephedrine, cocaine, ketamine, heroin, phencyclidine (PCP), cathinones (bath salts), or dextromethorphan (DXM). In fact, many “MDMA” or “ecstacy” tablets may not even include any MDMA at all. Since the aforementioned drugs mimic the effects of ecstasy they are often used as a substitute. So it’s entirely possible that your average MDMA pill contains no MDMA.

To make matters worse, the concentration of MDMA or other drugs in an ecstasy tablet can vary widely. You can’t be sure of exactly what drugs or how much of each is in each tablet, making it difficult to predict how it will affect you. If you don’t feel the effects as strongly as desired, you may take additional doses. This puts you at increased risk for experiencing harmful or dangerous side effects like an MDMA overdose. Some of these effects can prove fatal.

Taking too much MDMA can also make it difficult for your body to maintain a proper body temperature. Dangerously high body temperatures can cause swelling in the brain and failure of the liver, kidneys, and cardiovascular system.

Dangers Associated with MDMA Use

Aside from the looming risk of overdose, there are many other negative health effects of MDMA use. These side effects can manifest physically, emotionally, or behaviorally, and could result in addiction. While MDMA addiction, from a medical perspective, is rare, compulsive MDMA use can be more common. Compulsive use of substances with overdose potential can leave you at risk for hospitalization and even death. It’s important to keep aware of your MDMA use, and to seek help if you find yourself compulsively using party drugs. 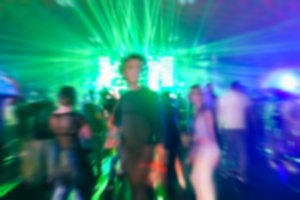 While compulsive MDMA use may be rare, it is possible to stop. Therapy is often the best way to beat compulsive MDMA usage, and that can start by contacting your medical professional. They can help connect you with counselors or treatment facilities that can help you curb your MDMA usage. Even if things seem bleak, know that you’re not alone and there is hope out there!