Just what is going on with safe injection sites? Are they legal? Should they be? 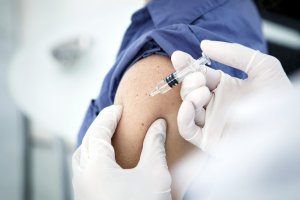 What Are Safe Injection Sites?

Safe injection sites, as the name implies, are areas where individuals can utilize drugs under medical supervision. Normally, the drugs used are injected, such as heroin. On-staff medical supervision at these sites allows registered nurses and clinicians to detect overdoses and quickly begin treatment. This degree of medical security is often not available to users who shoot up in their homes or on privately-owned properties.

While safe injection sites have received the endorsement of the American Medical Association, debate remains about their legality. Under the current law, namely the Controlled Substances Act, it is illegal for an individual to own property in which drugs are used – a rule colloquially known as the “crack house statute.” Hence, safe injection sites are frequently unable to open, as the organizations seeking to operate them are blocked by the law.

That is why this newest ruling may be a game-changer. In the midst of the opioid epidemic, U.S. District Judge Gerald McHugh ruled that the Philadelphia nonprofit Safehouse was allowed to let individuals use drugs in their medical facility. The Justice Department, who has recently been shutting down safe injection sites based on the Controlled Substances Act, is likely to appeal the ruling. Still, for the moment, Safehouse has permission to proceed with setting up a safe injection site.

In his ruling, McHugh wrote, “Viewed objectively, what Safehouse proposes is far closer to the harm reduction strategies expressly endorsed by Congress.”

Where to Go in the Meantime?

While safe injection sites may be an excellent way to prevent overdose deaths, they are no replacement for medical treatment. Luckily, American Addiction Centers stands ready to help you beat substance abuse. Our medically-informed and patient-centric treatment has proven results, with sobriety rates twice the national average. So don’t wait for a place to inject safely. Come to a place to heal in safety. Call now to get started, or click to chat.

All quotes and data were initially published by NPR. To read the full article, click here.