Everyone wants to be seen a certain way by the rest of the world. And although that comes with varying degrees of discretion, it boils down to simply wanting to be respected and seen as an equal. According to an article published in the National Library of Medicine, research has shown that the news and entertainment media distort their portrayal of mental illness. Adjectives such as unpredictable, dangerous, and criminal are often used to describe the mentally ill while ridicule, fear, and rejection are highlighted reactions towards this group.

In contrast, the article goes on to say that the media doesn’t necessarily have to be an enemy. It has the power to raise awareness on a grand scale, which could open dialogue, challenge prejudices, and portray those living with a mental illness in the form of “positive, human interest stories.”

At American Addiction Centers, the nationwide leader in addiction treatment, we not only treat alcohol use disorders and substance use disorders, but we treat co-occurring mental health conditions such as depression and anxiety. If you find yourself struggling with a substance addiction and a co-occurring mental health condition, please reach out for help.

Who are those Impacted by Mental Illness?

According to a report released by the Centers for Disease Control and Prevention (CDC), 36.4% of adults with recent symptoms of depressive disorder or anxiety have increased to 41.5% during the time period of August 2020 through February 2021. Mental illness has been a challenge long before the global pandemic of 2020, but current statistics illustrate just how many individuals are impacted by it at this point in history. It’s not just a health issue facing “other people” that we don’t know. It may be a part of everyone’s life in some form, even if it’s by way of knowing a family member or friend who faces this in their own lives.

Mental illness isn’t a challenge saved for a specific socioeconomic group, race, or religion. It’s one facing all of us, whether it’s directly or indirectly. It’s now a matter of how we choose to handle it. The choice to contribute positively to the life experience of an individual with a mental illness can be the small step to making a big difference.

How Can Mental Illness be Represented Accurately?

Aside from advocates raising awareness in schools, public forums, and at events, one of the greatest influences that can help to represent mental illness accurately comes from the media. However, mental illness is misrepresented in the media, 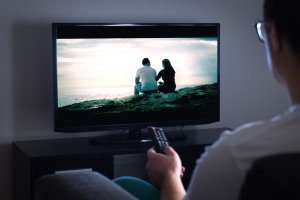 according to an article in U.S. News & World Report.

Solution: Instead of the disheveled look, perhaps portray characters in movies and TV with a mental illness as well-groomed, taking care of themselves, and having good hygiene.

Solution: Since depression is more common than bipolar disorder or schizophrenia in real life, yet TV portrays more characters struggling with psychosis (12%) versus characters battling depression (7%), raise awareness about how commonplace depression is and push to tell those stories in movies and TV.

Solution: Portray the truth in TV, movies, and the news. Research has proven that those with a mental illness are more than likely to be victimized rather than being the one committing the violent crimes against others.

Solution: Show these types of facilities as a place of healing with physicians that want to help their patients.

Solution: Show characters in situations where they get help, recover, and lead regular lives like everyone else as opposed to only portraying characters only getting stabilized or rarely getting better.

Solution: Show the realistic symptoms unique to a specific mental illness instead of portraying severe psychological conditions as silly or as quirks. Those with an SMI are actually “in pain” and “they’re struggling,” says Dr. Otto Wahl, director of the graduate institute of professional psychology  at Connecticut’s University of Hartford.

The job of screenwriters, directors, and producers is to tell an engaging story that will either move and inspire you, scare you, make you fall in love (or at least believe in love again), or to simply make you laugh. However, even with all of those hopes and desires, their ultimate goals are for their films to bring in revenue.

Finding the balance between the truth, what’s intriguing to an audience (marketable), and what will generate a return on investment for studios and producers is a blurred line that many have attempted to make clear over the years. Sometimes they do this perfectly. Sometimes, they fail. However, perhaps starting a dialogue about how to portray those with mental illness will start the conversation just enough to initiate eventual change.

If you’re struggling with substance abuse and a co-occurring mental health condition, there are resources available to help you achieve long-term sobriety. Don’t let a battle with substances or mental illness hinder you. Please reach out to get the help that you need today.