The FDA Calls for Just the Facts about Opioids…Finally

Well, the time has come at long last; the Federal Drug Administration (FDA) has stepped in to the opioid epidemic arena. And it did so by prescribing firm action regarding opioid research. 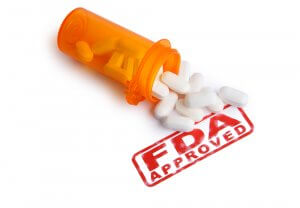 The agency issued a mandate that applies to all manufacturers of opioid drugs. It requires them to conduct long-term studies for one express purpose. That is, they need to answer the following question: are their narcotic products effective in controlling chronic pain through long-term use?

This process may take several years to come up with the data to support a clear determination. However, the findings may have widespread impact. As such, the FDA commissioner noted the results “could lead to regulatory action to limit such use.”

You may be thinking: why is the FDA making this move now?

According to cbsnews.com, this new requirement follows on the heels of a report that aired on “60 Minutes.” A segment of the weekly news program set out to explore whether the FDA was a culprit that helped create the opioid problem, which has reached epic proportions. At the root of the issue is a decision the FDA made to alter a few words on package inserts. Based on this change, product labels for narcotic painkillers note that these pills are for “daily, around-the-clock…long-term treatment.”

A high-ranking executive at a big pharma company interviewed for this exposé pointed to the power of this seemingly small change. When Oxycontin came on the market in 1995, its approval flowed from science and showed it was safe and effective for use in the short term. Place the accent on “short-term.” However, the FDA revised that language in 2001, presumably based on pressure from both Big Pharma as well as pain sufferers. The resulting new spin occurred without science to back it up.

That set a chain of activities in motion. Companies started marketing these products differently. Without the former constraints from the regulatory arm, Big Pharma saw the potential to embark on a campaign bonanza. More and more pills could be used and, therefore, sold at higher and higher doses over longer and longer periods of time. That, in turn, basically removed protective barriers and led to a dramatic surge in use. As they say, “the rest is history.”

When asked who was to blame for the opioid epidemic, the pharma CEO said: “The root cause of this epidemic is the FDA’s illegal approval of opioids for the treatment of chronic pain.”

The segment did not stop here. The reporter then discussed this issue with another credible source. As such, an addiction specialist who has been serving as an expert witness in litigation against Big Pharma, including Purdue Pharma, maker of 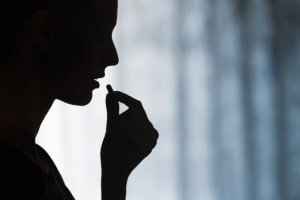 Oxycontin, weighed in on this topic. This M.D. has been working to get the FDA to address the label issue since 2011. The contention is that these pills were not intended for mass consumption. The more people use these substances in higher doses, the more they need them. Sound familiar?

As in “60 Minutes” style, the news coverage went on. It offered more compelling information from additional sources. All pointed to the lack of “credible science” and “unethical” behavior of the industry as well as its appointed overseer regarding prescription opioids. According to findings, a legion of physicians, lawyers and advocates is trying to reign in the pharmaceutical industry in its flagrant misuse of opioids. At long last, the FDA is taking action too.