How to Deal With PTSD Triggers 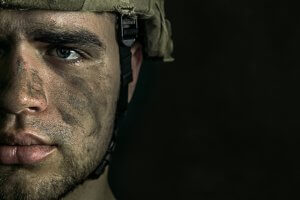 Posttraumatic Stress Disorder (PTSD) plays a significant role in substance abuse. Often, those who suffer will self-medicate to deal with the symptoms they may experience. Learning to avoid PTSD triggers will help sufferers proactively deal with their past trauma and avoid turning to substances for relief.

PTSD is a debilitating disorder brought on by the experience of a traumatic or life-threatening event. According to results from the National Comorbidity Survey, about 7 out of every 100 Americans will suffer from PTSD at some point in their lives.¹ People with PTSD experience flashbacks to the initial trauma and a sensitivity to triggers that remind them of the experience. Some of the events that may lead to PTSD include:

When you struggle with PTSD, it often feels impossible to anticipate when an experience will cause your symptoms to flare up. However, although it may appear that symptoms come out of nowhere, in most cases they are cued by factors called triggers. Internal triggers encompass the feelings, thoughts, memories, emotions, and bodily sensations that you feel or experience that can trigger the symptoms of PTSD. Internal PTSD triggers might include feelings of anxiety, frustration, vulnerability, anger, and/or sadness.

External triggers are the people, places, and situations that you might encounter throughout your day that can bring back memories of the traumatic event. External PTSD triggers might include media triggers such as TV shows, movies, and news, seeing people or traits of people that remind them of the traumatic event, or locational cues such as certain buildings or venues.

How to Deal with PTSD Triggers

The first step in dealing with triggers is to identify them. This is done by recognizing when you begin to experience PTSD symptoms. Once this list is compiled you can begin to focus on how to deal with these triggers. Although usually impractical, the best way to cope with triggers is to avoid them altogether. An example of this would be to manage your environment by avoiding certain places that trigger PTSD symptoms.

Unfortunately, it is not possible to avoid all possible triggers. Therefore, it is important to learn various ways of coping with triggers. The following are effective, healthy coping strategies for lessening the impact of triggers:

People who suffer from PTSD may turn to drugs or alcohol as a means of coping with their feelings of fear, anxiety and stress. According to a study in the journal Clinical Psychology, individuals with PTSD are between 2 and 4 times more likely to battle addiction compared to their peers who do not struggle with PTSD.⁵ Unfortunately, the use of drugs and alcohol to alleviate PTSD symptoms only provides temporary relief, and in the long run substance abuse only intensifies the negative effects and symptoms associated with PTSD.

PTSD and Substance Abuse in the Military: Statistics & Facts

Veterans and active military members who were involved in a war or exposed to combat situations consistently show high rates of PTSD. Statistics show that these individuals are often dealing with both PTSD and substance abuse:

The psychological symptoms and emotional distress associated with PTSD can often exacerbate drug and alcohol abuse. Thus, there is an urgent need for the treatment of individuals suffering from PTSD and a co-occurring addiction to address both disorders. Treatment programs called dual recovery programs focus on treating both substance abuse and other mental health conditions such as PTSD. When substance abuse is significant, detox is often the first step in a detailed treatment plan. According to the National Center for PTSD, trauma-focused psychotherapies are the most highly recommended type of treatment for PTSD10.; Using various techniques such as visualizing, talking, or thinking about the traumatic memory, these treatments focus on the memory of the traumatic event in order to help you process your traumatic experience. Treatment may include a combination of medications, therapies, and treatments which may include:

Michael Kaliszewski, PhD
Medical Reviewer
Dr. Michael Kaliszewski is a freelance science writer with over 15 years of experience as a research scientist in both academia and industry.
Read Our Editorial Policy
About The Contributor

Michael Kaliszewski, PhD
Medical Reviewer
Dr. Michael Kaliszewski is a freelance science writer with over 15 years of experience as a research scientist in both academia and industry.
Read Our Editorial Policy
Are you covered for addiction treatment? Find your insurance.
Check My Insurance
Do you have insurance?
Don’t wait. Call us now.
Our admissions navigators are available to help 24/7 to discuss treatment.
Get addiction help now (24/7 helpline)We’re here for you every step of the way.