Dextromethorphan is a cough suppressant found in many over-the-counter cold and flu medications, including cough syrups.

When codeine, a mild opioid narcotic, was moved to Schedule III and required a prescription for purchase, drugs containing dextromethorphan were popularized since the active ingredient was believed to be safer.

Unfortunately, dextromethorphan has been shown to be habit-forming and intoxicating. It is now a drug of abuse that can even cause a life-threatening overdose when a person consumes too much. Nonmedical abuse of DXM can lead to experiences that are reportedly similar to those caused by PCP or ketamine. It is legal for purchase, although many states may require a driver’s license or other identification to prove purchasers are of age.

Although dextromethorphan alone can cause intoxication, other drugs often found in cold or flu medicines can enhance the ingredient’s effects. These include analgesics like acetaminophen, antihistamines, and decongestants like pseudoephedrine. 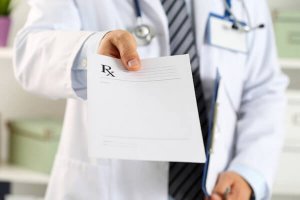 Taking DXM-containing drugs for nonmedical reasons has become extremely popular among adolescents in the US. According to a study in 2008, one in 10 teenagers abused DXM products. This makes dextromethorphan abuse more popular than abuse of other recreational drugs like cocaine, ecstasy, crystal meth, and LSD.

Intoxication from a nonmedical dose begins between 15 and 30 minutes after ingestion, as the stomach digests the drug, and the effects typically last for 3-6 hours. At 1500 mg or more, a person is likely to overdose on dextromethorphan. This is 5-10 times the recommended dose of any over-the-counter medicine containing DXM.

Symptoms of an overdose on dextromethorphan include:

Common behavioral symptoms from DXM overdose include hyperexcitability and somnolence. If a person displays either, or both, of these symptoms, they may be experiencing an overdose. Also, if a person appears to experience hallucinations or psychosis, they may be overdosing on DXM.

Dangerous physical symptoms of dextromethorphan overdose include tachycardia, slow breathing, changes in blood pressure and body temperature, and seizures. It is important to get help for a person suffering from a DXM overdose before these symptoms begin because they are more likely to lead to coma or death.

What to Do During a Dextromethorphan Overdose

If a person is overdosing on DXM, they require emergency medical attention. Call 911 immediately. There are no drugs that counteract a DXM overdose; the only way they can survive the condition is to get help in a hospital immediately.

In the hospital, a dextromethorphan overdose will be treated with several emergency procedures to stabilize the individual. Some of these may include:

Why Do Dextromethorphan Overdoses Occur?

Many cases of DXM overdose involve people intentionally ingesting large amounts of cold or flu medications to get high. Recreational abuse of drugs is extremely dangerous, and it can lead to dependence, tolerance, addiction, acute and chronic side effects, and death.

However, some people are simply poor metabolizers. People who fall into this category do not metabolize medications as efficiently as the average person. Typically, these people should take smaller doses than recommended for over-the-counter or prescription medicines to avoid intoxication, addiction, and overdose. However, a person may not know that they fall into this category until it is too late. It is important to know the symptoms of overdose, and if they are experienced, call 911 or go to the nearest emergency room.

Find DXM Treatment Near You

Although dextromethorphan is not an antidepressant, it does act on serotonin pathways in the brain. This is part of why the substance is intoxicating and can cause hallucinations in large doses. It also means that DXM interacts with psychiatric medications, including antidepressants like SSRIs, tricyclic antidepressants, and MAO inhibitors. These medicines are designed to change the levels of serotonin in the brain, and they can be dangerous when mixed. They can also be dangerous when taken with too much dextromethorphan.

This is not an overdose of DXM, but it is a very dangerous condition that requires emergency medical attention. People experiencing serotonin syndrome or those witnessing someone who is, should call 911 immediately.

Editorial Staff
Author
The editorial staff of American Addiction Centers is made up of credentialed clinical reviewers with hands-on experience in or expert knowledge of ad … Read More
Read Our Editorial Policy
Related Topics
Related Tags
dissociatives
dxm
over the counter
Are you covered for addiction treatment? Find your insurance.
Check My Insurance
Do you have insurance?
Don’t wait. Call us now.
Our admissions navigators are available to help 24/7 to discuss treatment.
Get addiction help now (24/7 helpline)We’re here for you every step of the way.