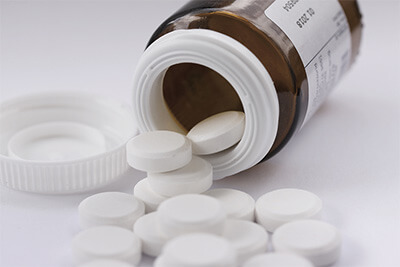 Dilaudid (hydromorphone hydrochloride) is prescribed for the treatment of severe pain in cases where other painkillers are not tolerated or not sufficient to control pain. Approximately eight times stronger than morphine, Dilaudid is a highly potent opioid analgesic that should only be administered to people who have demonstrated that they can tolerate opioid medications. People who are prescribed Dilaudid have already tried taking prescription painkillers, such as morphine and oxycodone, without experiencing enough pain relief.

Dilaudid comes in two strengths, Dilaudid and Dilaudid HP. Dilaudid HP (high potency) is a highly concentrated form of Dilaudid and not safe to give to patients who have never taken opioid pain medications. Since opioids cause central nervous system depression, Dilaudid HP could be life-threatening to someone who does not respond well to opioids.

Both types of Dilaudid are made in the forms of tablets, an oral liquid, or as an intravenous injection.

Dilaudid use comes with a host of potentially serious side effects. Some symptoms should resolve on their own, while others require immediate medical attention. Symptoms include:

How Frequently Is Dilaudid Prescribed? 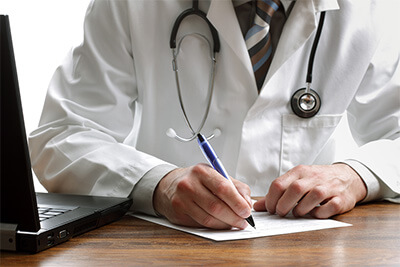 Dilaudid is only prescribed in cases where alternative pain medications are not enough. Because of the high risk of abuse and addiction, it is only administered as a last resort. Medical professionals are to administer the lowest possible dose that will provide adequate pain relief.

Initial doses start at 1–2 milligrams every 2–3 hours, as needed. This starting dose may even be lowered to as little as 0.2 mg if the patient’s reaction to opioids is unknown. The effects of the drug are typically felt within 15 minutes of consumption.

The overprescription and misuse of prescription painkillers has become a nationally recognized epidemic.

In 2012, almost 4 million prescriptions were filled for hydromorphone drugs, like Dilaudid, in the United States, reports the Drug Enforcement Agency (DEA). Almost 20,000 people in 2011 were admitted to emergency rooms across the country for recreational use of hydromorphone. Over 1 million people in 2011 reported having used Dilaudid for recreational purposes at some point in their lives.

The Centers for Disease Control and Prevention (CDC) reports that the number of prescriptions filled for opioid painkillers increased fourfold from 1999 to 2014, even though there was no significant increase in the amount of pain people reported experiencing. In this same time period, over 200,000 people died from opioid overdose.

In 2010–2012, however, the number of prescriptions written began to level off, and they have been declining ever since. Almost 20 percent fewer prescriptions have been made for opioid painkillers from 2006 to 2017, suggesting that healthcare providers are more cautious about prescribing such strong medications.

Potential for Addiction and Overdose 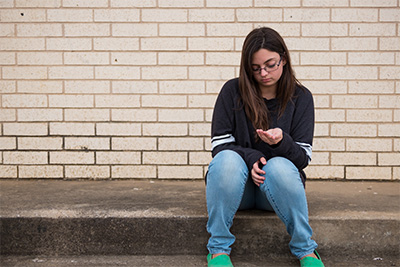 The primary issue with Dilaudid is the potential for overdose and addiction. Even when under close medical watch, patients can experience adverse reactions to the drug, suffering respiratory suppression and extreme sedation. Dilaudid must be prescribed with extreme caution, especially to patients with a history of drug misuse. Misuse of and addiction to Dilaudid are quick to develop.

When sold on the streets, Dilaudid can be recognized by the names of peaches, M-80s, Bid D, and dillies, among others. Pills as well as injectable solutions can be obtained illicitly. Pills can be swallowed or crushed and snorted. Many abusers of the drug go straight to injecting it, however, because the effects will be felt more strongly.

Individuals may misuse Dilaudid because it produces an intense relaxed and euphoric high similar to that of heroin, if taken in large enough quantities. It is one of the most powerful narcotic painkillers, and users can build a tolerance to the drug in just two or three weeks.

Dangers of recreational use of Dilaudid increase when users mix it with other drugs. When mixed with other central nervous system depressants, such as benzodiazepines and alcohol, the chances are high of experiencing life-threatening depression of breathing and heart rate.

The US National Library of Medicine’s MedlinePlus warns that due to the high potency of Dilaudid and the relatively small dosage that is considered safe to take, overdose is possible. Dilaudid can cause life-threatening respiratory suppression and coma, so medical attention is needed immediately in the case of overdose.

Due to the likelihood of overdose, an antidote medication called naloxone has been created. Naloxone helps to reverse the effects of high levels of opiates in the blood so vital bodily functions do not continue to shut down.

Symptoms of an overdose from Dilaudid include:

Dependency on Dilaudid can develop in recreational and medical users alike. Even when using the drug exactly as directed, it is possible for physical and psychological dependence to set in. Once dependency has developed, it is important to gradually reduce dosages of the drug, so the chances of experiencing severe withdrawal symptoms are reduced.

Common withdrawal symptoms from Dilaudid include:

Participation in a holistic treatment program can help get individuals through the difficult and uncomfortable withdrawal stage. Healthcare professionals will monitor symptoms and can often prescribe medications to reduce the severity of cravings, nausea, and insomnia. Once someone has successfully made it through the detox process, addiction treatment and rehab can begin.

The two main options for effective addiction treatment are inpatient and outpatient programs. Inpatient, or residential programs, offer a highly supportive and structured environment. There is a detailed programmed outlining each day for the duration of the program. Clients work with healthcare professionals at the treatment program to establish an individualized treatment plan based on their unique situation and goals. Most programs will consist of individual counseling, group therapy, 12-Step meetings, health education, and the development of essential life skills.

Both inpatient and outpatient treatment facilities will wrap up their treatment programs by establishing aftercare plans for each client. Aftercare plans are designed to promote healthy living and relapse prevention after rehab. Aftercare plans often include applicable medication plans, ways to manage stress, ongoing participation in therapy, identification of a support system, healthy activities, and community support programs that will promote long-term recovery.

The Pros and Cons of Dilaudid

Ultimately, Dilaudid was developed to serve an essential medical purpose. It has the potential to provide pain relief for people who can otherwise not achieve it. People suffering from cancer or severe physical injury can greatly benefit from the pain-relieving effects of such a strong medication.

The strength of the drug remains a concern, however, as it puts people at a high risk for misuse and addiction.

In the world of recreational drug use, Dilaudid plays a significant role in the prescription opioid epidemic that has spread across the country. Drug users are drawn to Dilaudid for its high potency and potential for creating an intensely relaxing high.

The potency of Dilaudid and mechanism of interaction with other commonly abused drugs make it a dangerous drug to play around with. Whether obtained through a doctor’s prescription or bought illegally on the streets, the dangers of Dilaudid use are high and the risks for experiencing adverse reactions to the drug are great.