The Risks of Taking Halcion with Other Drugs

Halcion is the brand name for the medication triazolam, which is part of the benzodiazepine family of drugs. Other benzodiazepines include:

Benzodiazepines are psychoactive drugs that all feature a similar chemical structure: a fusion of a benzene ring and a diazepine ring. All benzodiazepines share at least one of these drug actions:

Halcion is one of the most controversial benzodiazepines due to its highly addictive nature and sometimes odd side effects. Because of its dangers, Halcion was banned in the United Kingdom in 1991, but it is still available by prescription in the United States.

Taking Halcion with other drugs can be very dangerous. To better understand the risks, it’s important to first focus on the drug’s mechanism of action and side effects.

How Do Benzodiazepines Work? 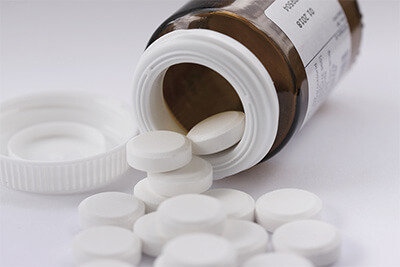 One of the brain’s most important neurotransmitters is called gamma-aminobutyric acid (GABA). GABA is a natural calming chemical, and benzodiazepines like Halcion enhance its production. By having an inhibitory effect on neurons, GABA can reduce brain activity, helping to reduce anxiety, relax muscles, and induce sleepiness. Most benzodiazepines cause the same basic physical effects, but their dosage, absorption time, and half-life (the amount of time it takes to reduce the concentration of the drug in the body by half) can vary significantly.

Halcion is a short-acting benzodiazepine, meaning it clears from a person’s system relatively quickly. This makes it suitable for one of Halcion’s most common uses: treating anxiety in people who dread undergoing dental procedures. It acts quickly, relaxing the patient. Because of its amnesia-inducing qualities, patients will often have no memory of a procedure even though they have been conscious throughout it.

What Are the Side Effects?

Halcion has a wide and extensive range of potential side effects. They include:

One of the most widely reported side effects of Halcion is its propensity to cause a person to take actions while they believe they are asleep but are actually active. The next morning, the person may awaken with absolutely no memory of what they did the night before. These actions can include:

Clearly, these actions can be dangerous, both to the person performing them and to those around them.

The author William Styron cited Halcion as a reason for an increase in suicidal thoughts. Another author, Philip Roth, claimed Halcion led to a mental dissociation that he described as being as real to him as “a tooth being pulled.” A woman who, after taking Halcion, had shot her mother sued Upjohn, the maker of Halcion, which settled the lawsuit.

These incidents are brought about during a sedative-hypnotic state induced by the drug. Drinking alcohol or taking other drugs that depress the central nervous system tend to increase the risk of these incidents, as does taking more than the recommended dose.

In addition, some people may have an allergic reaction to Halcion, which can be extremely serious. Although rare, anaphylactic reactions may cause the tongue or throat to swell, inhibiting breathing and sometimes requiring emergency intervention.

There have also been cases of abnormal thinking and behavior changes linked to benzodiazepine hypnotics including Halcion. They include lowered inhibitions that may lead to uncharacteristic actions, strange behavior, and depersonalization. This is a mental state in which thoughts and feelings seem unreal or don’t belong to a person. It may even result in a loss of all sense of personal identity.

It can, however, be difficult to determine for sure whether an instance of these abnormal behaviors is caused by the drug, arises spontaneously, or is due to an underlying psychiatric or physical ailment.

How Is Halcion Abused?

Halcion abuse is relatively rare. According to the 2015 National Survey on Drug Use and Health, only about 100,000 cases of triazolam abuse were recorded, which dropped to approximately 22,000 cases in 2017.

The most common method of abuse is to take Halcion during the day when it is somewhat less likely to put the user to sleep. Taking more than a recommended dose may enhance the euphoria, but it is also more likely to induce sleep, thereby ending the euphoric effects.

The Dangers of Mixing Halcion and Other Drugs 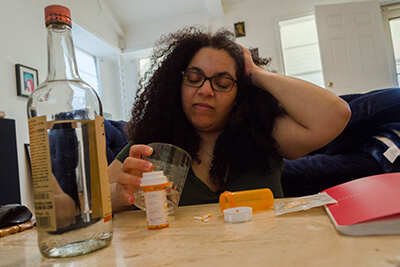 Because Halcion is a central nervous system depressant, using the drug in combination with alcohol or other drugs – whether accidentally or intentionally – can be extremely dangerous. With long-term use, Halcion may become less effective, prompting users to combine it with alcohol or other drugs in an attempt to amplify its effects. However, mixing Halcion with other substances can lead to life-endangering consequences.

Using alcohol in conjunction with Halcion brings a heightened risk of respiratory depression and coma. Combining alcohol with benzodiazepines like Halcion can also lead to multiple toxicological interactions. The ingestion of alcohol tends to slow the metabolization of Halcion, which can enhance the negative effects of both substances, sometimes leading to fatal poisoning.

In addition to alcohol, many drugs and other substances have negative interactions with Halcion. This is by no means an exhaustive list of potentially dangerous interactions, but some of the most common substances to avoid while taking Halcion include, but are not limited to:

In short, any opioid, barbiturate, or other substance that depresses the central nervous system should be avoided when using Halcion. The Prescriber’s Digital Reference indicates that such use “may cause respiratory depression, hypotension, profound sedation, and death.”

People who use opioid analgesics to treat chronic pain along with Halcion or other benzodiazepines and/or alcohol will find themselves at a much higher risk for overdose. They are also more likely to experience the odd behaviors associated with Halcion use.

Additionally, any drug that inhibits the production of the enzyme CYP3A4 should be avoided, as this will reduce the body’s ability to metabolize Halcion, potentially resulting in overdose or excessive depression of the central nervous system.

Additionally, any drug that inhibits the production of the enzyme CYP3A4 should be avoided, as this will reduce the body’s ability to metabolize Halcion, potentially resulting in overdose or excessive depression of the central nervous system.

Signs of a Halcion overdose may include:

If Halcion is prescribed by a doctor, they will almost certainly examine the drugs you might be taking and offer guidance on what to avoid to keep yourself safe. If Halcion is abused, the chances for adverse reactions are increased.

Last Updated on June 17, 2019
Share
Editorial Staff
The editorial staff of American Addiction Centers is made up of credentialed clinical reviewers with hands-on experience in or expert knowledge of addiction treatment.
Related Topics
Related Tags
benzodiazepine
Don’t wait. Call us now.
Our admissions navigators are available to help 24/7 to discuss treatment.
Why call us?
Get addiction help now (24/7 helpline)We’re here for you every step of the way.