What Is the Success Rate for Ibogaine? 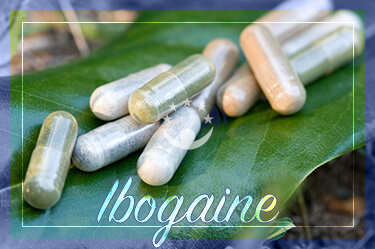 Ibogaine is a psychoactive drug that induces hallucinogenic effects like those associated with use of LSD or psilocybin. While the drug can lead to some short-term side effects, including anxiety after experiencing hallucinations, it has been touted for a few years as a potential solution to devastating addiction problems.

Recently, more studies in the Western world have focused on ibogaine as a potential treatment for addiction, especially to opioids, methamphetamine, and even cocaine, which are some of the most addictive substances.

Anecdotal evidence suggests that ibogaine, which is derived from a plant found in the African rainforest, adjusts brain chemistry to the point that a person who otherwise might experience intense withdrawal symptoms for one or two weeks does not go through withdrawal or suffer from cravings. However, scientists exploring the potential of this drug in addiction treatment do not believe ibogaine completely ends addiction; instead, it interrupts the process.

How Does Ibogaine Work?

The addiction model of disease describes the condition as chronic due to long-term changes to the reward centers of the brain. When a person takes ibogaine, the drug is converted into a compound called noribogaine, which targets the areas of the brain affected by drug-seeking and addictive behaviors. Noribogaine “rewires” these areas, allowing the brain to restructure itself to a state similar to before addiction was triggered.

While ibogaine can, for many, ease withdrawal and prevent cravings, that process is more like detox than ending an addiction. There are still steps to be taken after a person no longer physically needs or seeks out substances to abuse.

Medical professionals who have used ibogaine to treat people recovering from methamphetamine addiction report 50-80 percent success rates; however, long-term recovery and relapse avoidance depend largely on entering a rehabilitation program after taking ibogaine with a doctor’s supervision.

Long-term recovery and relapse avoidance depend largely on entering a rehabilitation program after taking ibogaine with a doctor’s supervision.

One doctor reported a 70-80 percent success rate with effective aftercare; he added that, when people recovering from meth addiction took ibogaine but returned to the same environment where they had originally abused meth, there was a 90 percent relapse rate.

Treatment for several addictive substances with ibogaine results in a 20-50 percent rate of abstinence at a one-year follow-up point, on average, and that includes people working to end opioid addiction. Comparatively, Suboxone treatment for opioid addiction shows an 8.6 percent success rate once the person no longer needs to take Suboxone.

While ibogaine treatment may be effective for some people, it may not work for everyone. A 2012 study of people who struggled with opioid addiction, for example, found that 80 percent of participants relapsed within the first six months, with only one-time ibogaine treatment; 20 percent stayed abstinent for more than six months but less than one year; and 13 percent successfully remained abstinent for a year or more.

Those who did relapse during the course of the study, however, were found to take fewer opioid drugs compared to their previous levels of abuse. One of the first studies involving ibogaine, dated to 1983, discusses multiple treatments with ibogaine, suggesting that multiple treatments would be more beneficial. Four treatments, the study found, helped an individual in recovery maintain abstinence for three years, while one treatment was good for about six months on average.

While ibogaine may work for some people, it is important to undergo detox with medical supervision and enter a comprehensive rehabilitation program. The social support needed in recovery is provided by medical professionals, therapists, counselors, and others who work in rehabilitation programs. This is an incredibly important step because relearning behaviors, understanding addiction, and managing the emotional experience of ending an addiction requires assistance from multiple people. There is no cure for addiction; recovery takes time and ongoing support.

You Might Also Be Interested In
Last Updated on July 6, 2021
Share
Related Topics
Related Tags
meth
Don’t wait. Call us now.
Our admissions navigators are available to help 24/7 to discuss treatment.
Why call us?