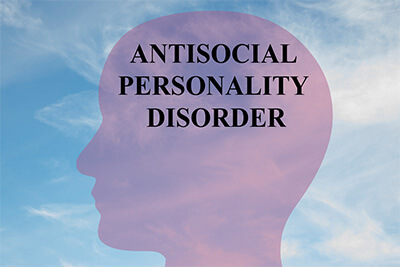 What Are Personality Disorders?

Personality disorders, like most of the mental health disorders that are identified in the Diagnostic and Statistical Manual of Mental Disorders – Fifth Edition (DSM-5), the diagnostic manual for the American Psychiatric Association (APA) consist of different personality types that violate or clash with cultural expectations or societal norms/expectations. These types of personalities or patterns of thinking, emotional reactions, and behaviors that are expressed by the individual in numerous situations have been present since early in the person’s development, are resistant to change (rigid), and result in significant impairment, dysfunction, or distress. 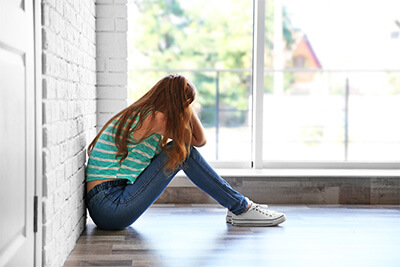 The major feature of antisocial personality disorder (APS) is a pervasive disregard for the rights of others and a lack of empathy for others. Individuals with APS often manipulate other people for their own ends, but this manipulation is extreme and pervasive. Individuals with APS rarely view other individuals as “people” but instead view others as a means for them to achieve whatever they want. The inability of individuals with APS to empathize with others (understand another’s feelings from that person’s point of view) is responsible for much of the behavior that these individuals engage in.

Individuals with APS will typically display issues with self-centeredness and conduct problems before they are 15 years old. Very often, these issues involve the lack of empathy that they often display later, such as abuse or aggression toward people or animals, destruction of property, stealing, or additional violations of others’ rights.

In general, people with antisocial personality disorder display these types of symptoms:

A person who is younger than 18 and demonstrates the types of behaviors that occur with APS would not be diagnosed with a personality disorder but would be diagnosed with some other type of mental health disorder, such as a conduct disorder. Conduct disorders are diagnosed in adolescents who display significant APS-like behaviors. Individuals who are diagnosed with APS are typically adults, male, and have been referred for treatment or assessment due to some other issue, such as being involved in the legal system, having repeated conflicts with coworkers or family members, or in an attempt to maintain their employment.

Personality disorders affect all areas of functioning, including behavior, emotions, and thinking (cognition). Someone diagnosed with APS will deal with unique issues.

Many people diagnosed with antisocial personality disorder often have significant criminal records, whereas others may wind up in careers that are suited to their special talent or perceptions. It should be understood that there are numerous other issues that can contribute to criminality; however, individuals with APS are very likely to become involved in the legal system.

According to APA, the highest prevalence of APS occurs in males who have been diagnosed with severe alcohol use disorders; over 70 percent of males with severe alcohol use disorders are also diagnosed with APS. Antisocial personality disorder is also diagnosed disproportionately in individuals who come from the lower socioeconomic status situations. Even though personality disorders like APS are considered to be longstanding and chronic, APA reports that after the age of 40, as these individuals mature, their symptoms become less intense.

Individuals with APS are susceptible to becoming involved in any form of substance abuse: however, high rates of alcohol use disorders and tobacco use disorders are prevalent in this particular group. Because many of the features of APS, including significant impulsivity, being self-centered, having problems with delaying gratification, and not being concerned with the rights of others, are also characteristics of individuals who are at risk to develop problems with substance abuse, it is not surprising that substance abuse is extremely prevalent in this group. Other types of addictive behaviors are also prevalent in individuals diagnosed with APS, including compulsive gambling and multiple sex partners. 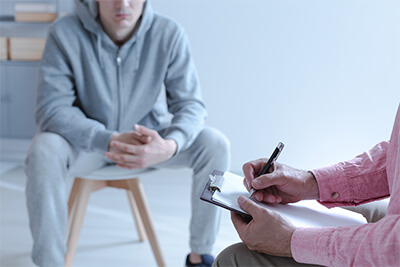 Due to the nature of the disorder, APS can be very difficult to treat. Individuals with antisocial personality disorder do not generally seek out treatment for their antisocial tendencies. They also have trouble following rules and regulations. They may become involved in treatment as a condition of employment, relationship issues, or legal entanglements, but because of their extreme self-centeredness and lack of insight, it would be very rare for a person with APS to consider their behavior to be problematic for them. Instead, they view others as a means to an end and most often seek out treatment when it benefits their self-centered needs.

Moreover, there are no medications that can treat APS. Certain symptoms that may accompany APS, such as depression or anxiety, may be treated by medications; however, the disorder cannot be medically managed. This means that the formal treatment of APS must include some form of behavioral therapy or intervention.

The substance abuse treatment portion of the program will involve all of the traditional components of substance use disorder therapy, including withdrawal management (medical detox), group or individual therapy, support group participation, and additional therapies. Any individual diagnosed with co-occurring APS and substance abuse would need both issues addressed together in order for the treatment to be successful.

These individuals often need to have numerous rules and regulations regarding adherence to treatment practices due to their natural tendency to stretch boundaries in order to benefit themselves. Therapists have to be firm yet understanding of these individuals at the same time. When treatment can be implemented, it is often successful in helping these individuals to adjust; however, certain aspects of the person’s personality will always be present, including natural aversions to authority, a tendency to try to be as individualistic as possible, and a tendency to attempt to satisfy their own needs at the expense of others.

Therapists can work with these individuals and capitalize on their strengths to help them function in a manner that is less divisive. The substance use disorder component of the treatment should extend for many years following the person’s initial abstinence in order to maintain a successful long-term recovery program. This is where support groups, such as Alcoholics Anonymous, Narcotics Anonymous, and others, can be very beneficial. They can express their own self-sufficiency in these groups by engaging with others who have similar problems and at the same time get what they need from others to help them maintain recovery.