Can You Treat Avoidant Personality Disorder and Substance Abuse?

Written by: Editorial Staff
Updated Sep 20, 2022
About The Contributor 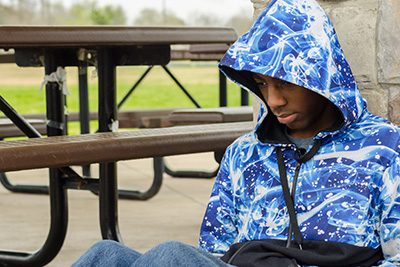 Avoidant personality disorder (AVPD) is characterized by an avoidance of interacting with other people due to fear of criticism or rejection. People with this condition will avoid developing close relationships with others because of an intense fear of shame. They may be concerned about being judged to the point that they limit their interactions with others and may have low self-esteem or feelings of inadequacy. Those with avoidant personality disorder may also be reluctant to engage in activities or take risks due to fear of failure or embarrassment, per the American Psychiatric Association. This can lead to ongoing and persistent distress due to the lack of quality relationships in their life. 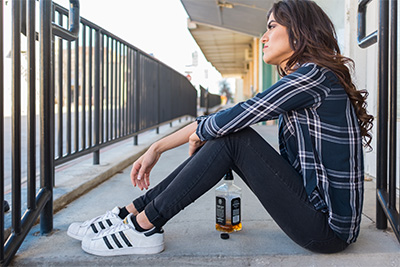 Due to the persistent loneliness and feelings of shame associated with avoidant personality disorder, some people may self-medicate with alcohol or drugs. A study from Psychology Research and Behavior Management notes that avoidant personality disorder occurs often with depression and substance abuse. It is also a risk factor for increased levels of suicidal ideation and attempts.

Unfortunately, substance misuse may make the symptoms of avoidant personality disorder worse, as guilt and shame associated with their use increase fear of being judged or shamed by others. This becomes more problematic as symptoms of withdrawal may manifest in symptoms that mimic ACPD, such as increased anxiety, sweating, nausea, and headaches.

If left untreated, the risks may increase as people age. Research from the journal Frontiers in Psychiatry found that avoidant personality traits were associated with an increased risk of death by suicide in older adults. This study also found that older suicide victims were less likely to be open to experiences than younger victims, suggesting that as people age, they may become less receptive to interventions. Sadly, this may also mean that people have suffered throughout their life with symptoms that caused distress but were unable to access the appropriate treatment.

It’s important to understand how substance abuse and avoidant personality disorder interact in order to know how to effectively treat the conditions together. For some people, their escalating misuse of alcohol or drugs may have contributed to their loss of interest in social interactions and fear of embarrassment or shame. For others, they may have had an avoidant personality disorder prior to developing a substance use disorder, which may have escalated as they self-medicated to relieve the fear associated with their personality disorder. In this slight difference in the course of the dual diagnoses, two people with similar struggles may need a different approach to treatment because of how their symptoms developed. 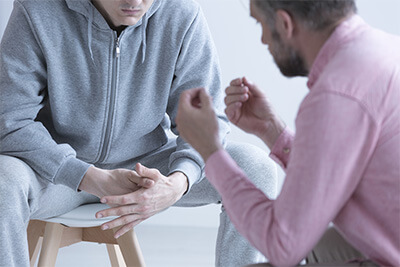 Some people assert that personality disorders cannot be treated, yet many people with personality disorders come into contact with mental health providers seeking relief from their symptoms. It is important to understand how mental health impacts a person’s use of alcohol or drugs when building a plan to confront these co-occurring disorders. A treatment team may offer individual therapy, group therapy, or medication management in order to help clients process their fears in a safe environment and develop more resilience in social interactions.

Depending on the level of impairment and which substances a person may have been using, their doctor may utilize a medication protocol to manage the symptoms of withdrawal through medical detox. It is important for a doctor to assess the need for a medical detox protocol because people have individual risk factors that need to be considered when attempting to withdraw from substance dependence. Other therapeutic treatment approaches could include:

When seeking treatment for avoidant personality disorder, you may want to build the confidence to have a healthy intimate relationship with a partner or feel more confident when you interact with others in social situations. You may also want to learn how your substance use has impacted your ability to develop the relationships you really want and your ability to attain other goals. Treatment for avoidant personality disorder may include developing self-esteem and communication skills in order to build confidence in your ability to interact successfully with others.

If you struggle with avoidant personality disorder and co-occurring substance abuse, it’s important to know that help is available. While asking for help may be difficult, there are professionals with experience in helping people with avoidant personality disorders overcome their fears and break free from patterns of addiction. Although everyone has a unique journey toward recovery, with the right support and treatment plan, people can see an improvement in their symptoms and learn to take control of their lives.

Editorial Staff
Author
The editorial staff of American Addiction Centers is made up of credentialed clinical reviewers with hands-on experience in or expert knowledge of ad … Read More
Read Our Editorial Policy
Related Topics
Related Tags
co-occurring disorders
Don’t wait. Call us now.
Our admissions navigators are available to help 24/7 to discuss treatment.
Why call us?
Get addiction help now (24/7 helpline)We’re here for you every step of the way.