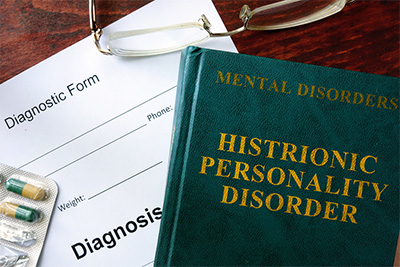 Histrionic personality disorder (HPD) is a condition where individuals constantly seek attention and exhibit extreme emotions. These emotions are often used to manipulate others into keeping the attention on the individual. People with HPD try to be the center of attention in any situation and can grow uncomfortable when they are not.

People with HPD do not necessarily manipulate the attention of others consciously, but their behaviors certainly have that effect. Almost 2 percent of the US population is thought to have HPD, with it being more prevalent in females than in males.

Those with histrionic personality disorder often act out in sexually provocative ways in order to gain attention from others or to control their partners. Maintaining close romantic relationships can be difficult, however, due to confusing and inconsistent behavior. On one hand, an individual with HPD may act like a dependent victim in the relationship while on the other hand they act highly seductive and controlling.

In addition to difficulty maintaining romantic relationships, someone with HPD may have trouble keeping close friendships of the same sex. People are often put off by the sexual behavior of a friend with histrionic personality disorder because it can seem threatening to the friend’s romantic relationship. Likewise, the behavior of someone with HPD often seems shallow and self-involved, making it difficult to connect with. Someone with HPD can be very alluring at first, as their behaviors are often entertaining and somewhat dramatic. However, with time, these behaviors can become difficult to tolerate.

Someone with histrionic personality disorder exhibits a longstanding pattern of emotional and attention-seeking behaviors. These behaviors likely began in early adulthood and have persisted for a number of years.

To meet the diagnostic criteria for HPD as presented in the Diagnostic and Statistical Manual of Mental Disorders – Fifth Edition, at least five of the following symptoms must be met: 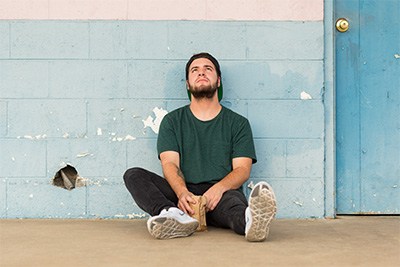 Some research suggests that having a personality disorder predisposes someone to developing a substance use disorder, such as alcoholism. In a study published by the International Journal of Experimental and Clinical Pathophysiology and Drug Research, researchers found that anywhere from 40 percent to almost 80 percent of patients suffering from alcoholism also had a personality disorder. The comorbid diagnosis meant that substance use was likely to be worse and the individuals were at a greater risk for experiencing occupational and social difficulties.

Someone with a personality disorder may have a tendency toward substance misuse as they try to self-medicate feelings of depression. For people with histrionic personality disorder who have difficulty maintaining close personal relationships, they may experience symptoms of depression following breakups. As a result, substances may be used in an attempt to alleviate some of these negative feelings.

The National Institute on Drug Abuse (NIDA) estimates that almost half of people who are diagnosed with a mental illness are also diagnosed with a substance misuse disorder. According to NIDA, it is difficult to determine if the substance use disorder or the personality disorder came first. The two conditions so frequently overlap that it is difficult for researchers to pull their symptoms and causes apart. Because of the overlap of the disorders, however, similar treatment methods are effective for addressing both conditions.

For histrionic personality disorder, therapy is the recommended form of treatment. No medications exist to treat personality disorders, and there is no cure. Medications can be prescribed to treat troubling associated symptoms, such as anxiety or depression, but participation in long-term therapy has been shown to be the most effective way of helping someone with HPD.

The prognosis for people with HPD is quite good, as it is not a devastating psychological disorder. People with HPD are usually able to maintain their jobs and participate fully in society. They usually have quite good social skills, though these skills are often used for manipulation and attention-seeking purposes. In therapy, people with HPD can work with their therapist on how to relate appropriately to others and develop meaningful relationships. They can work to better understand their attention-seeking behaviors and practice how to communicate in more genuine ways. 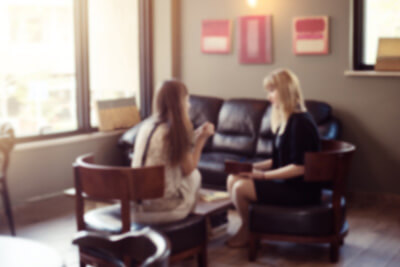 Dual diagnosis treatment, or the treatment of a mental health disorder and a substance use disorder at the same time, has been thoroughly developed for individuals who suffer from a personality disorder as well as substance abuse. A person with a diagnosis of each of these conditions must receive treatment for both. First and foremost, substance use needs to stop. Once all illicit substances are cleared from the system, personal therapy and the development of new life skills can begin.

The National Alliance on Mental Illness (NAMI) explains that the best treatment for clients with co-occurring disorders is an integrated intervention. Treatment planning must be unique for each person and address their mental health and substance use issues.

NAMI estimates that approximately 8 million people across the United States struggle with a dual diagnosis. With such a high rate of occurrence, treatment programs across the country have significant experience in treating both conditions simultaneously. Most treatment programs offer the following components:

Histrionic personality disorder can be a very difficult condition for someone to live with, as deep social connections are hard to maintain, and self-esteem lies vastly on the approval of others. People with HPD rarely have ill intentions, though their behaviors and actions can offend and manipulate others. Lively, enthusiastic, and often dramatic, people with HPD can be initially intriguing to others. They are often the life of the party and enjoy putting on a show.

Over time, however, these attention-seeking behaviors can become challenging for others to handle, and they cause personal distress as well. Depression and low self-esteem are commonly seen in people histrionic personality disorder, as are co-occurring substance use disorders. The overlap between personality and substance use disorders has been well established; thus, treatment programs are well equipped to provide high-quality and effective treatment for co-occurring disorders.

More information about treatment options is available from the Substance Abuse and Mental Health Services Administration (SAMHSA). SAMHSA offers a free and confidential Behavioral Health Treatment Services Locator as well as a free national helpline (800-662-HELP) that is open 24 hours a day, seven days a week.