How Are Paranoid Personality Disorder and Concurrent Drug Abuse Treated? 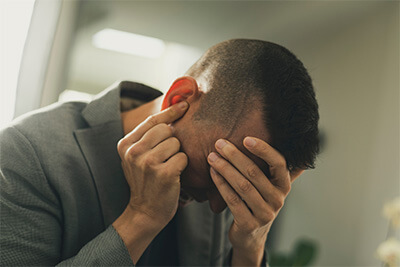 Personality disorders are characterized by a pattern of thoughts and behaviors that contribute to a person’s overall experience in how they interact with the world and other people. Personality disorders tend to be reflected by a rather inflexible way of interpreting events and situations, and they typically cause distress to the person.

This pattern of experiences usually begins in adolescence and remains fairly consistent over time. According to a study in Innovations in Clinical Neuroscience, personality disorders occur at a rate close to 10 percent in the United States.

Paranoid personality disorder is characterized by a severe distrust and suspiciousness of others, in which a person frequently believes other people have malicious intent toward them and interprets many of the actions and statements of others as deceptive or threatening. People with this disorder may often be reluctant to share information with others, interpret statements as having hidden meanings or threats, and may often be unjustifiably suspicious or accusatory toward others.

The Impact of Paranoid Personality Disorder

People with paranoid personality disorder typically develop this pattern of thoughts and behaviors by early adulthood, but the pattern could start in earlier childhood and adolescence. There may be signs of this development in difficulty with social relationships, hypersensitivity, or misinterpretation of circumstances and experiences. Research on paranoid personality disorder has found associations with childhood trauma and social stress. Individuals with this condition may tend to blame and attack others around them for their misfortunes or mistakes.

Over time, people with paranoid personality disorder will have difficulty maintaining healthy relationships with other people, which may provide even further evidence that others are against them. They may become isolated as people avoid them due to their combative and accusatory nature. As they tend to hold grudges and are unwilling to forgive insults or perceived slights, they may lose friendships and intimate partnerships.

The reported difficulties for people may combine to result in further harm to the person with paranoid personality disorder if they begin to self-medicate their symptoms with drugs or alcohol. Self-medicating due to mental health problems is not uncommon. There has been consistent evidence through research that people with mental health conditions are at an increased risk of developing substance use disorders, as they seek relief from the distress of their mental health symptoms by numbing with alcohol or other drugs.

Treatment for co-occurring substance use disorders and paranoid personality disorder may include medical interventions along with individual, family, and/or group therapy. Any time a person is struggling with substance abuse, it is important to have a doctor evaluate the need for medical detox. Whether a person needs a medically supervised detox is ultimately dependent on the level of impairment and risks associated with withdrawal. However, it is important to have a competent doctor who is familiar with substance abuse and the symptoms of withdrawal to facilitate a safe and effective medical detox.

Doctors may consider the following when creating a treatment plan for someone with dual diagnoses:

As a person reduces their reliance on alcohol or other drugs to cope with the paranoid thoughts and feelings, they need to have support to break the negative and maladaptive thought patterns that contribute to their distress. A review of the research from Mental Health Clinician found limited research available on pharmacological treatments for paranoid personality disorder. The very nature of this disorder means that patients may be suspicious of treatment and therefore disinclined to participate in research studies. Thus, more research is needed to establish effective treatment options for people with paranoid personality disorder and co-occurring substance use disorders.

Therapists may help someone with paranoid personality disorder by first working to establish rapport and trust with the client in the context of a therapeutic relationship. It is important that the client see the therapist as an ally who is there to help them, due to their inherently distrustful nature.

A good therapist will work to establish clear boundaries and expectations to help the client have a realistic perspective from the beginning about what to expect from therapy. The therapist may then work with the client to confront and challenge their beliefs about others and the impact those beliefs have had on the client’s relationships and life goals.

As therapy can sometimes be challenging, those with paranoid personality disorder may find themselves reverting back to engrained patterns of thoughts or behaviors when they run into a difficult situation. This may increase the risk that they will revert back to old coping patterns such as substance misuse as well. This is why ongoing treatment is generally necessary to help the person maintain the progress they have made in challenging their paranoid thoughts and patterns.

The importance of finding a therapist that the client trusts to provide them with the care and support needed cannot be understated. Rapport between the client and treatment team is always important, but it may be more challenging with clients whose conditions predispose them to distrust of others.