Do Those with Schizoid Personality Disorder Often Suffer from Addiction?

Written by: Editorial Staff
Updated Nov 10, 2022
About The Contributor

Although the names may sound similar, schizoid personality disorder is not schizophrenia.

All three tend to be indicated by strange or eccentric behavior as well as many common symptoms and shared genetic and environmental risk factors that may lead to their development. 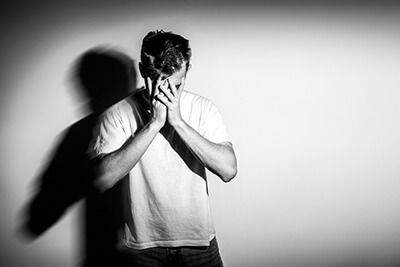 People with schizoid personality disorder (SPD) are generally not interested in developing close relationships and will actively avoid them. They express little interest in intimacy, sexual or otherwise, and endeavor to spend most of their time alone. They will often, however, form close bonds with animals. A person with schizoid personality disorder is often seen as the prototypical loner, shunning group activities and shutting themselves off from human contact.

Due to a lack of social interaction (however desired it may be), people with schizoid personality disorder exhibit a notable lack of social skills. This, combined with the underlying lack of desire for intimacy or friendship, means they generally have few friends, date little, and very rarely marry.

The social interactions they do have tend to arise out of social or familial pressure to conform to more normative behavior or the economic requirements of needing to interact with others on the job. In fact, they are often drawn to occupations that allow them to work on their own, such as musical instrument repair, software development, or long-haul trucking. The perfect job for a person with schizoid personality disorder would be lighthouse keeper.

Schizoid personality disorder may begin to appear in childhood, but it usually doesn’t fully express itself until the late teens or early 20s. This is because personality disorders like SPD tend to require the establishment of personality into patterns of behavior, and the personalities of children and teens are constantly developing, changing, and maturing.

More men than women tend to experience schizoid personality disorder, and it’s generally thought that about 3.1 percent to 4.9 percent of people have the disorder.

The symptoms generally fall into two key areas: emotional coolness and lack of interest in people or activities. They include:

It is usually a mental health professional with specific training, such as a psychologist or psychiatrist, who will diagnose a personality disorder such SPD since other clinicians, including internists and general practitioners, often lack the training required to make this sort of psychological diagnosis. Of course, a family physician may be consulted initially when a personality disorder is suspected, but that family physician should refer the person to a mental health professional for more accurate diagnosis.

People with schizoid personality disorder tend not to seek out treatment unless the condition begins to have a major harmful impact on their life. This will usually occur when coping resources reach their limits, and the stress of the disorder or other life events becomes too much to handle. Sometimes the condition is noticed if a person seeks treatment for another, related disorder, such as depression. 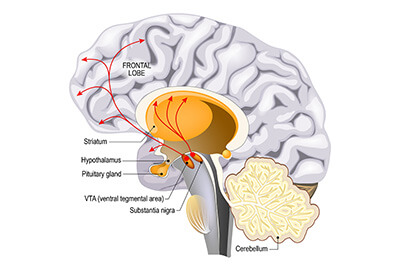 The short answer is that no one knows, but theories abound. The most commonly referenced hypothesis of the cause of schizoid personality disorder is the biopsychosocial model of causation. Basically, this suggests the causes are rather broad and touch many areas of a person’s life. They include biological and genetic factors, including family history of similar conditions. Social factors – including interaction in childhood with family, friends and other children – are also indicated as well as psychological factors, such as a person’s temperament, personality, and ability to deal with stress.

A hypothesis referenced by Jeffrey Seinfeld in his book, The Empty Core: An Object Relations Approach to Psychotherapy of the Schizoid Personality suggests the disorder and others, including addiction, may be significantly sourced in early childhood through a lack of love and empathy, the need for which is seen as analogous to a newborn’s physiological need for oxygen. This causes the “empty core” of the book’s title, and the person with a personality disorder may try to fill that emptiness with drugs, alcohol, or food, or they may repress and dissociate the “needy self” by denying themselves social interaction (in the case of schizoid personality disorder) or food (in the case of bulimia).

However, anxiety and depression can all too often lead to a substance use disorder. In his book, Seinfeld further states that “drug addiction is the perfect intersection for schizoid and symbiotic experience.” The addiction functions as a substitute for human relations. Just as some with schizoid personality disorder create emotional attachments with animals or objects, some may create a relationship with an addiction, or use the addiction to eliminate the need for human interaction.

How Is the Disorder Treated? 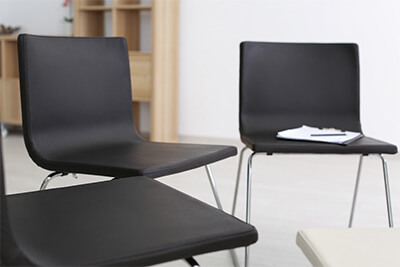 Schizoid personality disorder is approached at a treatment level from several different avenues. There are some difficulties in treatment for multiple reasons.

Creating trust and rapport in a therapeutic relationship often takes quite a long time. Since those with schizoid personality disorder will seek to keep themselves detached from people in their lives, even their families, that rapport is exceedingly difficult to foster. Clinicians will focus their efforts even more closely on establishing a sense of security for their client.

Group therapy, which can be beneficial in most instances in helping a person understand they aren’t alone in their struggles is less of an option for those with schizoid personality disorder. Patients have a hard time tolerating the impact of this intense social interaction. However, therapists Birgitte Thylstrup and Morten Hesse suggest in the American Journal of Psychotherapy that group therapy can lead to “less fear of intimacy by making social contact in a supportive, therapeutic environment.”

Often, a person with schizoid personality disorder will come against a crisis of some sort or a problem that requires immediate action, and seek out a therapist for assistance in resolving that specific issue. But as soon as the problem is addressed to the patient’s satisfaction – or the patient determines no progress is being made – they will usually stop treatment.

A person with schizoid personality disorder may not feel they have a problem that needs medical or psychological intervention, but if they develop an addiction and begin to see its negative effects on their lives, they may be persuaded to enter treatment for the addiction. While in treatment, they will have the opportunity to address the underlying anxiety and depression that in itself may be caused by schizoid personality disorder. This would allow the person to then confront the condition they had not previously felt needed intervention or treatment.

Editorial Staff
Author
The editorial staff of American Addiction Centers is made up of credentialed clinical reviewers with hands-on experience in or expert knowledge of ad … Read More
Read Our Editorial Policy
Related Topics
Related Tags
co-occurring disorders
Don’t wait. Call us now.
Our admissions navigators are available to help 24/7 to discuss treatment.
Why call us?
Get addiction help now (24/7 helpline)We’re here for you every step of the way.