How to Treat Schizotypal Personality Disorder and Co-Occurring Drug Use

Schizotypal personality disorder (STPD) is a form of personality disorder that gives people significant distress in social situations and is seen in about 4 percent of the US population. Often, someone with STPD lacks the social skills necessary to participate in regular social activities. A person with STPD has a lot of difficulty establishing close relationships and holding on to them, partially due to a skewed interpretation of social interactions as well as odd social behavior. 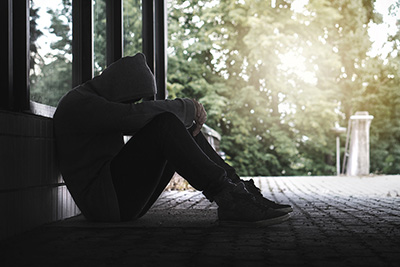 People with schizotypal personality disorder often have misconstrued ideas of reference, or interpretations of daily events and their meanings. They may believe events have paranormal meanings, or they may be abnormally superstitious about everyday occurrences.

It is hard for people with STPD to connect with others because they are often thinking outside of cultural norms. The odd patterns of behavior that characterize a personality disorder may affect the individual’s cognition, emotions, interpersonal relationships, and impulse control.

A person with STPD generally lacks awareness about how their behaviors impact others. They often don’t understand how to form relationships with others and are quick to misinterpret and distrust other people’s motivations for trying to establish a connection. Because of this, people with STPD are often described as loners and quick to take personal offense to otherwise harmless interactions.

To diagnose a person with schizotypal personality disorder, they must demonstrate a consistent and inflexible pattern of odd behaviors and thinking over many years. Symptoms can often be traced back to adolescence or early adulthood. A diagnosis of a personality disorder is rarely made in childhood, as personalities grow, develop, and mature throughout childhood. If a diagnosis is made during childhood, symptoms must have been present for at least one year.

Symptoms of STPD include:

The exact causes of schizotypal personality disorder are unknown, though there are many theories. Most mental health professionals agree that it is likely caused by a combination of many factors. Biology, genetics, early development, family history, individual personality and temperament, and environment are all likely contributing factors for a personality disorder to develop. Someone with a family history of schizophrenia may also be at an increased risk for developing STPD.

The National Institute on Drug Abuse (NIDA) estimates that almost half of the people who have a mental health disorder also develop a substance use disorder. Research suggests that people with mental illness may use substances to self-medicate in an attempt to alleviate some of their symptoms. Likewise, substance use can make chemical impacts on the brain that predispose a person to develop a mental health issue.

Additionally, NIDA explains, mental health disorders and substance use disorders share common risk factors. The same biological and environmental risk factors that can lead to substance misuse can also lead to the development of a mental illness.

On top of shared risk factors, substance abuse and personality disorders often make each other worse. Regular substance use leads to greater psychological and social impairment, as well as a more difficult time in treatment.

In support of this estimation, a study published by the Graduate Journal of Counseling Psychology found that 40–50 percent of people with a substance use disorder also had a personality disorder. Likewise, almost 90 percent of people diagnosed with a personality disorder also had a substance use disorder. Researchers were unable to determine if one condition caused the other, but they were certainly related. 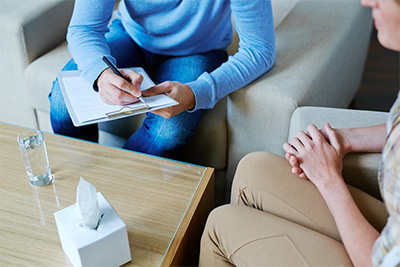 Treatment for someone with schizotypal personality disorder and a substance abuse disorder can be quite complicated, as many factors are at play. For someone with STPD alone, they are at an increased risk of experiencing depression, anxiety, educational and occupational problems, social difficulties, drug and alcohol addiction, suicidal ideation, psychotic episodes, and additional personality disorders. Because of these risk factors, treatment must be individualized and multifaceted.

While pharmaceutical medications can be useful in alleviating symptoms of STPD, their use must be monitored closely in individuals who also have a history of drug and/or alcohol addiction. Many prescription medications are habit-forming and can be risky for someone in recovery to start using.

Integrated treatment begins detoxification. Being medically supervised throughout this process in an inpatient setting is usually the safest way to detox. Treatment staff may decide to provide medically assisted detox to manage severe withdrawal symptoms, or they may just keep a close watch on your medical condition.

Following detox, rehabilitation in an outpatient or inpatient setting can begin. Comprehensive treatment programs provide individual and group therapy, health education, family services, skill building, and ongoing community support. Toward the end of the program, an aftercare plan will be put into place to support ongoing sobriety, mental health, and relapse prevention.

The Importance of Peer Support

An important piece to maintaining healthy living following treatment is becoming involved in community support groups. These groups are often free and offer meetings almost every day. Double Trouble in Recovery, for example, is a 12-step support group designed specifically for people in recovery from substance abuse and mental health disorders. Other recovery support groups that have locations around the world with daily offerings include Alcoholics Anonymous and Narcotics Anonymous.

For someone suffering from schizotypal personality disorder and a substance use disorder, life can be very lonely and challenging. Activities of daily living, such as going to work or participating in social events, can be extremely difficult and lead to intense feelings of anxiety and stress. Onlookers often do not know how to provide proper support to someone with schizotypal personality disorder since the disorder causes atypical behaviors that fall outside of cultural norms.

While more research is needed to gain a better understanding of the most effective treatments for co-occurring personality and substance misuse disorders, healthcare professionals have developed comprehensive and effective treatment programs. There may be no cure for STPD, but effective treatment can allow someone to develop healthy coping skills and participate fully in everyday life.