Do Those with a Brief Psychotic Disorder Often Turn to Drugs or Alcohol? 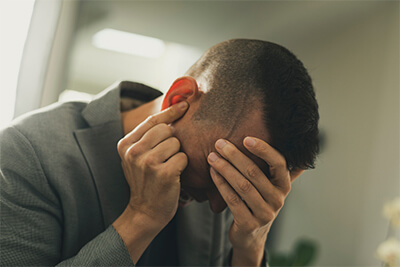 The American Psychiatric Association (APA) does report that in undeveloped countries, it is more common for the transient symptoms of psychosis to remain active for 1–6 months. This would garner a different diagnosis of schizophreniform disorder, according to DSM–5 diagnostic criteria.

There may be high rates of relapse of psychotic disorders in individuals who are diagnosed with brief psychotic disorder, but typically, these relapses are triggered by some event and resolved within 30 days. The notion of a sudden onset means that the person develops psychotic symptoms within two weeks of expressing psychotic-like behaviors and does not demonstrate any particular warning signs that they are about to have a psychotic break.

According to APA, there is set diagnostic criteria associated with brief psychotic disorder.

At least one of the symptoms must be delusions, hallucinations, or disorganized speech for a formal diagnosis of brief psychotic disorder to be made. The disorder can occur as a result of a significant stressor, without any significant stressor, or within four weeks of giving birth to a child (postpartum onset). Depending on the severity of the person’s issues, a clinician can also specify how severe the disturbance is.

Other Features of the Disorder

According to APA, brief psychotic disorder is relatively rare and accounts for less than 10 percent of all cases of first-time onset of psychotic behaviors. It is two times more common in females than it is males, and it can appear at any time across one’s lifespan, but the average age of individuals who have the disorder is around 30.

By definition, the disorder must be fully remitted within 30 days of its onset, thus it is a temporary condition can resolve without treatment, even though the psychotic symptoms may be treated by physicians (psychiatrists) with medications. The overall outcome of individuals that develop brief psychotic disorder is considered to be good, thus there are typically no long-term issues with the person’s functioning as a result of their brief psychosis.

There are numerous ways for clinicians to distinguish between brief psychotic disorders and other related types of disorders. For instance, laboratory tests could rule out psychosis due to the use of drugs, a physical examination could rule out medical causes of the psychosis, and a significant clinical examination and observation of the person could help to rule out other types of psychotic disorders. In some instances, making a differentiation between brief psychotic disorder and other forms of psychosis can be difficult, but the disorder always dissipates within one month of onset whether or not the person gets treatment. 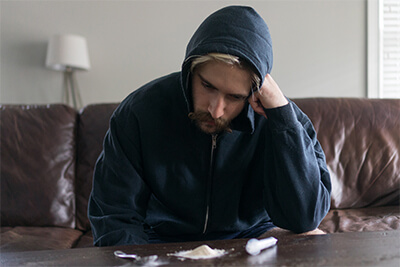 Research supports the claims by APA. A meta-analytic study reported in the Journal of the American Medical Association (JAMA) indicated that the prognosis for brief psychotic disorder is better than for other first episode psychosis-related issues. There were no significant findings of later substance abuse issues in this group.

Meta-analysis is a research technique that is able to combine the effects of similar studies and determine the overall picture of an issue based on numerous studies. Meta-analytic studies are considered to have better quality conclusions than single studies alone.

Moreover, the National Drug and Alcohol Research Centre (NDARC), an organization that researches issues associated with substance abuse and other mental health issues, reports that individuals who develop psychotic symptoms will often resort to the use of drugs or alcohol in an effort to “self-medicate” their issues. However, they offer no prevalence figures for substance abuse associated with individuals who are diagnosed with brief psychotic disorder.

While it is possible that an individual who develops brief psychotic disorder may attempt to address their initial symptoms with the use of alcohol or drugs, there are no reliable prevalence rates to determine how often this may actually occur in this subset of individuals. Moreover, because by definition the disorder must resolve within 30 days and the person must return to their previous level of functioning, only individuals with substance abuse issues prior to the onset of brief psychotic disorder would continue to have substance abuse issues after the disorder resolves.

It should be noted that in a subset of individuals who experience post-traumatic stress disorder (PTSD), the onset of the symptoms can occur much later and long after the person’s experience of the traumatic event. If the PTSD symptoms do not occur until at least six months after the experience of the event, then the individual would be diagnosed with PTSD with delayed expression).

One can imagine a situation where a person experiences a very stressful event, develops brief psychotic disorder, the psychosis resolves within 30 days, and then much later, the person begins to display the symptoms of PTSD. It is quite possible that these individuals, however rare the situation may be, would be at an increased risk for the development of substance abuse issues because of the strong relationship between substance abuse and trauma- and stressor-related disorders like PTSD.

Editorial Staff
Author
The editorial staff of American Addiction Centers is made up of credentialed clinical reviewers with hands-on experience in or expert knowledge of ad … Read More
Read Our Editorial Policy
Related Topics
Related Tags
co-occurring disorders
pyschosis
Are you covered for addiction treatment? Find your insurance.
Check My Insurance
Do you have insurance?
Don’t wait. Call us now.
Our admissions navigators are available to help 24/7 to discuss treatment.
Why call us?
Get addiction help now (24/7 helpline)We’re here for you every step of the way.