Is There a Connection between Schizoaffective Disorder & Addiction?

Written by: Editorial Staff
Updated Sep 12, 2022
About The Contributor 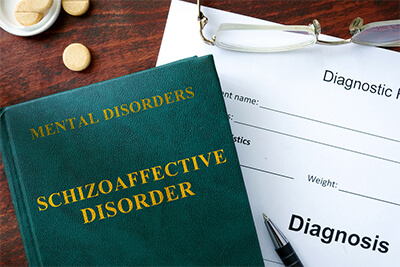 The major feature of schizoaffective disorder is an uninterrupted period of time where the individual expresses both the features of a major mood disorder (major depression or manic behavior) along with the mandatory symptoms associated with schizophrenia (hallucinations, delusions, and/or disorganized speech). The diagnostic criteria for schizoaffective disorder that are presented by the American Psychiatric Association (APA) indicate that the person also must express hallucinations or delusions for a period of two weeks or longer without the manic or depressive symptoms during the duration of their illness. However, the manic behavior or depression should be present for the majority of time that the person expresses their symptoms.

As with all of the diagnoses in the current edition of APA’s diagnostic manual, the DSM-5, the symptoms being considered for a diagnosis of schizoaffective disorder cannot be better explained by some other mental health disorder, a medical condition, or the effects of substance use or abuse.

Schizoaffective disorder is a rare disorder. According to APA, it probably only occurs at the rate 3 in 1,000 individuals. The disorder is believed to occur more commonly in females than in males, especially the depressive subtype of the disorder. There is a relatively high risk for suicide in individuals diagnosed with this disorder.

Course of the Disorder

Schizoaffective disorder is most commonly diagnosed in late adolescence or early adulthood, although it can occur at any course from adolescence to later in life. Very often, it may be diagnosed as bipolar disorder or a depressive-type disorder. The symptom presentation can be quite variable, but typically, the person will have auditory hallucinations and/or delusions of persecution approximately two months before they begin to experience issues with depression.

The psychotic symptoms and depression will often coexist for three months or more. Individuals may then experience a significant decrease in depressive symptoms, but the psychotic symptoms may persist for longer until they eventually decline (for about a month). Individuals displaying this variable type of course, which is typical, may be diagnosed with depression, bipolar disorder, or a psychotic disorder like schizophrenia depending on when they are assessed and which symptoms are being expressed.

It should be noted that other presentations of the disorder also occur. Depression or mania may occur first and then psychotic symptoms may appear later. This makes the diagnosis of the disorder rather difficult, and this is why individuals who have been diagnosed with other forms of mental illness need to be continually assessed and reevaluated in order to understand the nature of their issues. 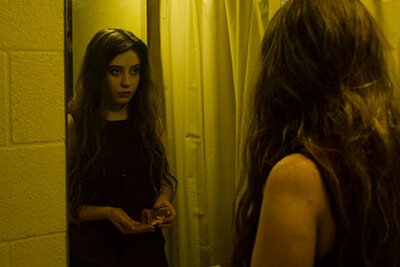 The use of drugs, medications, or alcohol cannot directly be responsible for the symptoms the individual expresses if they receive a diagnosis of schizoaffective disorder. When medications or other drugs are directly responsible for psychotic symptoms, the appropriate diagnosis would be a substance/medication-induced psychotic disorder. Clinicians rely on the reports of the client, reports of people who are close to the client, and laboratory tests to rule out the effects of drugs and alcohol as the primary source of the symptoms the person is expressing. In order to rule out other psychological disorders or medical conditions that can produce these symptoms, mental health clinicians must perform an extensive assessment of the individual’s functioning, physical health, and history.

Individuals with psychotic disorders and mood disorders have high rates of substance abuse. The notion that individuals with these disorders use drugs and alcohol to self-medicate their symptoms is often not valid because the effects of drugs and alcohol eventually make the symptoms of this disorder worse. While some individuals might attempt to address their symptoms with drugs or alcohol, in the long run the self-medication hypothesis does not appear to be a valid issue. The exception to this is nicotine, which may have a medicinal effect in some individuals with schizophrenia or other forms of psychosis. Nonetheless, the co-occurrence of substance abuse with psychotic disorders is high.

Numerous other research studies have documented the tendency for increased rates of substance abuse, particularly alcohol and tobacco products, in individuals experiencing the different psychotic or schizophrenia-like disorders. Research studies have also documented the relationship between early chronic cannabis use and the increased risk to develop a psychotic disorder later.

None of these relationships are considered to be cause-and-effect type relationships where substance abuse causes later psychosis or where psychosis causes one to engage in substance abuse. More likely, the factors that make one vulnerable to being diagnosed with many of the disorders listed in the DSM-5 also increase the risk of being diagnosed with other disorders, including substance abuse. It is believed that a complex interplay between heredity and experience (environmental conditions) increases the risk for the development of these disorders.

While medications can be useful in helping recovery from a substance use disorder, forms of behavioral therapy and peer group are considered to be the primary choices of treatment for substance use disorders. There is some evidence to suggest that effective treatment with medications for psychosis can reduce substance use in individuals with co-occurring psychotic disorders and substance abuse issues; however, these individuals need to be placed in a complete recovery program that addresses all of their issues simultaneously.

Individuals with co-occurring schizoaffective disorder and substance use disorders are always at an increased risk for relapse for either of these disorders if they do not maintain their treatment regimen. These individuals should always be vigilant regarding signs that they may be headed toward the relapse of either disorder. During treatment, they should be given instructions regarding how to recognize potential signs of relapse to drugs and/or alcohol as well as signs that their psychosis may be returning.

Editorial Staff
Author
The editorial staff of American Addiction Centers is made up of credentialed clinical reviewers with hands-on experience in or expert knowledge of ad … Read More
Read Our Editorial Policies
Related Topics
Related Tags
co-occurring disorders
pyschosis
Don’t wait. Call us now.
Our admissions navigators are available to help 24/7 to discuss treatment.
Why call us?
Get addiction help now (24/7 helpline)We’re here for you every step of the way.
;