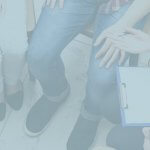 Edited by Editorial Staff
Last Updated: August 4, 2021
9 Sections
4 min read
Share
The 12-Step Program created by Alcoholics Anonymous is a widely used treatment tool to help people understand the journey into, during, and after recovery.
What you will learn:
What is a 12-step program and history of 12-step programs.
Learning about the 12 steps.
12-step programs that you can join.
Why call us?
Jump to Section

What is the 12-Step Program?

The 12-Step program, first developed and used by Alcoholics Anonymous, is a 12-step plan in order to overcome addictions and compulsions. The basic premise of this model is that people can help one another achieve and maintain abstinence from substances of abuse, but that healing cannot come about unless people with addictions surrender to a higher power. The 12-Step movement can be a force for good for many people, but some struggle with what they interpret as a strong religious element of the program. Many addiction treatment programs offer alternatives to 12-Step methodology for those who prefer a more secular foundation for treatment.

One of the most well-known and commonly used types of recovery support is the 12-Step model. Just about everyone has heard of these meetings or of the organization that originated the idea.

Twelve-Step programs remain a commonly recommended and used treatment modality for various types of addiction. According to the Substance Abuse and Mental Health Services Administration (SAMSHA) in its National Survey of Substance Abuse Treatment Services from 2013, 12-Step models are used, at least occasionally, by approximately 74 percent of treatment centers.

AAC is in-network with many insurance companies, and your addiction treatment can be free depending on your policy.

The 12 Steps, as outlined in the original Big Book and presented by AA are:

The History of the 12-Step Program 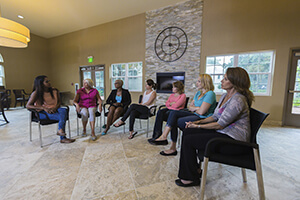 Alcoholics Anonymous (AA) originated the idea for the 12-Step model in 1938, when founder Bill Wilson wrote out the ideas that had been developing through his experience with and vision of alcoholism. He wrote about the positive effects experienced when people struggling with alcoholism shared their stories with one another.

Wilson wrote his program in what has become known as the Big Book. As explained in historical information from the AA site itself, the steps were developed through synthesizing concepts from a few other teachings he had encountered, including a six-step program espoused by an organization called the Oxford Group.

In their original form, the 12 Steps came from a spiritual, Christian inspiration that sought help from a greater power as well as from peers suffering from the same addiction struggles.

The Big Book was originally written as a guide for people who couldn’t attend AA fellowship meetings, but it soon became a model for the program in general. It has since been adopted as a model for a wide range of addiction peer-support and self-help programs designed to help drive behavioral change. In addition to the original Alcoholics Anonymous (AA) group, various offshoots now exist, such as Narcotics Anonymous (NA), Heroin Anonymous (HA), and Gamblers Anonymous (GA).

Given the current isolation in the country due to COVID-19 we have launched Virtual Support Meetings to help you stay connected and a private Facebook Group; please join to be kept up to date on future meetings and to connect with those in recovery.

The basic premise of the 12-Step model is that people can help one another achieve and maintain abstinence from the substances or behaviors to which they are addicted. They can do this through meetings in which they share their experiences with one another and support each other in the ongoing effort of maintaining abstinence. In research, as seen in a recent article from the journal Addiction Research and Theory, abstinence practices (as supported by 12-Step programs) can account for high levels of what experts call flourishing, which is positive mental health and can contribute to longer-term recovery. In the study, those who maintained abstinence were more likely to flourish in the long-term, with 40.7 percent flourishing after three months (as compared to 9.3 percent languishing) and nearly 40 percent flourishing after 12 months (compared to 12.4 percent languishing).

Based on this study, those who abstain altogether from substances – as advised in the 12-Step model – have better mental health outcomes than those who don’t abstain. The 12-Step model gives people a framework from which to surrender their addiction, process their experience, and move forward into new patterns. As described in an article on Psych Central called Recovery Using the 12 Steps, following the model assists an individual by helping build the following mental and emotional transformative practices and tools:

By providing these experiences and tools, the 12-Step model can be a method for change in many types of behavior. As a result, it can help individuals who wish to overcome addiction to find a path to recovery.

Variations on the 12 Steps

Since its origin with AA, the 12-Step model has been adopted and altered by many groups to fit other programs – for addiction treatment and otherwise. Many groups, like Narcotics Anonymous, use the steps exactly as they were conceived by AA. Others have modified the steps to fit their own needs and cultures. For example, a Native American group has combined the 12 Steps with the Native American concept of the Medicine Wheel to create a program designed specifically to help indigenous Americans who struggle with alcoholism and addiction, the Medicine Wheel and 12 Steps program. Others have come up with similar ideas to integrate the basic ideas of the 12 Steps into a cultural framework that makes sense for members of that culture.

Another variation comes from the fact that some people are uncomfortable with the specific, religious aspects of the 12-Step program. As stated above, and as evident by the steps themselves, the 12-Step model originated from a Christian point of view. Those who are not Christian have modified the steps to refer to their specific religious or spiritual practice as a way to connect more with the structure of the 12-Step program. In addition, a number of non-religious 12-Step groups have modified the steps to fit a secular model that can help those who are agnostic or atheist practice the program without feeling forced to adhere to a religion they don’t believe in.

The 12 Steps with Other Treatments

According to the National Institute on Drug Abuse’s Principles of Drug Addiction Treatment: A Research-Based Guide, short-term residential programs developed the idea of using a modified 12-Step approach to provide a shorter stay in treatment that included follow-up through a 12-Step fellowship. This is seen as a way to provide the important post-treatment structure that helps people maintain long-term recovery. Other programs have also incorporated the 12 Steps, both by encouraging clients to attend 12-Step fellowship meetings, and by incorporating 12-Step ideas into their practices.

While 12-Step facilitation programs don’t necessarily follow the steps, they promote the use of a 12-Step methodology, in the hope that clients will move to a 12-Step program after rehab to help maintain sobriety. In addition, certain treatment centers base their model for service around some of the ideas promoted through the 12-Step program. These centers can offer research-based services and promote a more scientific understanding of addiction treatment, but they incorporate some of the spiritual, psychological, and practical practices that the 12-Step program promotes. This results in an encompassing model of care designed to support clients through rehab and to give tools that they can use after treatment to maintain their recovery for the long-term.

Alternatives to the 12-Step Model

Some of the programs based on this active control model include groups like SMART Recovery and Moderation Management. These groups use a similar peer-sharing model, but they don’t rely on the idea of surrender. They instead promote the empowerment of the individual to exercise control over the treatment of and recovery from addiction

There are many program alternatives to the 12-step treatment offered by peer support groups such as Alcoholics Anonymous.

Residential treatment programs provide the highest level of rehab services for individuals suffering from alcohol addiction. Residential programs are offered at professional rehab facilities, providing an alcohol-free environment that eliminates any potential triggers and temptations to drink. Programs usually start with medical detox and require individuals to remain on-site for the duration of the program, which is typically 30, 60, or 90 days, depending on the specific needs of the individual. Residential rehab may include medical care, mental health services, administration of medications, group and individual counseling, behavioral therapy, experiential workshops, wellness and fitness activities, and training on proper nutrition and health.

Outpatient alcohol treatment programs are typically held at a local treatment center during the night or in the early morning. This allows individuals to live at home and maintain a normal daily routine, thereby limiting any interference with daily responsibilities such as work, school, and family obligations. Programs can last for several months and may include medication-assisted detox, individual and family counseling, behavioral therapy, and support groups.

Many faith-based organizations offer alcohol addiction programs that are often free of charge, and many do not require participants to subscribe to any particular religious belief. One of the larger organizations is the Salvation Army, which offers spirituality-based residential alcohol rehabilitation programs at any of their 119 Adult Rehabilitation Centers located throughout the United States.1 These free programs provide a clean and healthy living environment, food, holistic work therapy, leisure time activities, group and individual counseling, spiritual direction, and important life-skills development.

Medicare and Medicaid are federal and state-funded health insurance programs that offer alcohol treatment assistance to those in need. Each state typically determines their own eligibility criteria and the amount of money disbursed. It is important to note that some rehab facilities may not accept Medicaid or Medicare as a form of payment, so it is best to check with specific programs prior to starting any treatment.

State-funded alcohol addiction treatment programs are funded by tax dollars and vary from state to state, with some offering only short-term rehab (consisting primarily of detoxification) and others offering long-term treatment that includes residential care. Treatment waiting lists can take a couple of weeks up to several months, and enrollment in most state-funded treatment services will usually require proof of residence and income.

The Department of Veteran’s Affairs (VA) provides eligible veterans the opportunity to participate in alcohol dependence rehabilitation programs that are offered at VA medical centers and clinics. These programs are free of charge and include various forms of treatment such as detoxification, rehabilitation, and psychiatric care.2

The Path to Recovery 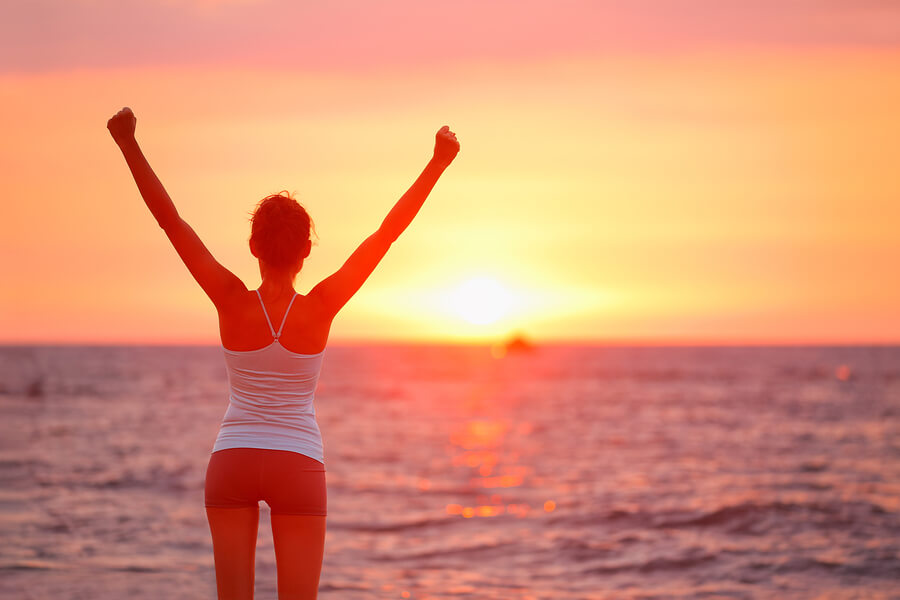 Most experts believe that a research-based, residential treatment program that is customized to an individual’s needs is the most effective method to achieve and maintain recovery. Whether this program includes 12-Step aspects, is based on the 12-Step concept, or is an alternative to this original model of addiction treatment, it’s important that care is customized to the individual. Working with an addiction treatment professional is a good way to find the treatment modality that is appropriate for each person, leading to the best path to recovery.
You Might Also Be Interested In