2C-I, 2C-E, and 2C-B are all psychedelic drugs in the 2C class that have recently become popular as “designer drugs.” Also known as, ring substituted phenethylamines.

These are synthetic substances that mimic the effects of common illicit drugs but have been designed to bypass laws against similar intoxicants. 2C-B was outlawed in many nations in the late 1990s or early 2000s, only to be replaced with 2C-E and 2C-I, both of which were recently classified as Schedule I controlled substances in the US.

In 1994, the U.S. Drug Enforcement Administration (DEA) raided his lab because the agency considered PiHKAL to be “cookbooks on how to make illegal drugs.” They also asked him to turn over his DEA license and fined him $25,000. However, this did nothing to stop the spread of information that Shulgin released, especially with the dawn of the Internet. By the late 1990s, 2C class substances and other designer drugs were being sold online in huge numbers under the term research chemicals. By marketing these intoxicants as being for scientific research, dealers hoped to circumvent drug laws. In 2004, a massive DEA operation was launched to put a stop to this, and online “research chemical” vendors widely vanished.

Designer drugs like those of the 2C class have as much potential for abuse and adverse health effects, including overdose, as well-known intoxicants like cocaine, heroin, methamphetamine, and cannabis. The fact that they’re tweaked to avoid drug laws until governments can catch up can make them even more dangerous, as research is also unable to effectively keep up on the negative effects. Lack of common knowledge about appropriate dosages and effects can also put users in greater danger of overdose.

2C-I, 2C-E, and 2C-B primarily cause stimulant and hallucinogenic effects, including increased visual, auditory, and tactile sensations. Moderate doses can cause full hallucinations. These drugs can also produce a euphoric high. 2C-B in particular has been described as ecstasy with a psychedelic experience. As such, these are popular “party” drugs found at nightclubs, dance parties, and raves. The United Nations classifies them as new psychoactive substances or NPS. The 2014 United Nations World Drug Report found that use of these substances increased by 50 percent from 2009 to 2012. 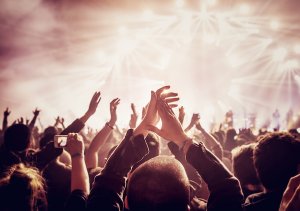 Designer or club drugs are mostly used by young people looking to have fun and experiment. One report even found that drugs in the 2C class are being advertised for sale on Instagram, a social media account mostly used by individuals in the 18-34 age group. There are even hashtags for 2C-I and 2C-B to make it easier for users to locate dealers on the platform.

Statistics on the use of 2C-I, 2C-E, and 2C-B are largely nonexistent, but law enforcement and case reports generally deal with teenagers and young adults. However, club drugs in general have a history of being used by young white individuals in high school and college party settings or in the “gay club” scene among gay and bisexual men.

The specific signs of 2C-I, 2C-E, and 2C-B abuse are difficult to determine, but it can be helpful to look for signs associated with both ecstasy and hallucinogen abuse.

Signs of ecstasy abuse include:

Signs of hallucinogen abuse may include:

The sudden onset of any of these symptoms mixed with signs of frequently attending parties, nightclubs, or raves (staying out late, change in social circle, drug paraphernalia, etc.) can point to a drug abuse problem.

There are many health concerns when it comes to designer drugs, but little information on them due to the fact that they frequently pop up nearly as soon as the previous one is made illegal. This lack of information and the unpredictability of 2C class drugs are what make them so risky.

Combining stimulants with psychedelics is always risky due to the fact that the anxiety and agitation that can be caused by stimulants can create or fuel “bad trips” in which the user of a psychedelic starts to see or hear things that are unpleasant, frightening, or enraging. Intense hallucinations of this nature can cause intoxicated individuals to panic, lash out, attack people, harm themselves, or even drive them to attempt suicide.

One case of suspected 2C-I overdose described a 17-year-old teen suddenly beginning to hyperventilate and then banging his head against the ground until he was restrained. Several hours later, after being take home by friends, he stopped breathing and died. Police linked this case to another suspected 2C-I overdose and sent out a warning about the possibility of a tainted batch of the drug.

This is another serious risk when it comes to new club drugs. Young people especially are likely to be unfamiliar with what a drug should look, smell, or taste like, so they have no way of determining if the drug they have obtained is what they were expecting. 2C-I can come in a white powder or a tablet that could easily be laced with other drugs, risking overdose or an adverse reaction. This is likely a large part of the reason that there were 68 reported deaths from designer drugs like 2C-I in 2014 in the UK alone.

Most psychedelic drugs are not considered to be physically addictive, but any drug abuse can lead to psychological dependence. This means that the user cannot seem to get through the day without the drug, and becomes anxious and agitated if the drug is not available.

Addiction to 2C-I, 2C-E, and 2C-B can be complicated to treat due to the high incident of mixing these drugs with other common club drugs. People addicted to 2C substances may also have some level of dependence on cocaine, ecstasy, acid, methamphetamine, and/or cannabis. All addictions need to be addressed in any treatment plan.

The first step in drug abuse treatment for certain drugs is detox – the medically monitored process by which the drug slowly leaves the person’s body and may result in physical withdrawal symptoms. Withdrawal from 2C-I, 2C-E, and 2C-B has not been well documented, but may include any of the common symptoms associated with ecstasy, including depression and fatigue. These symptoms can be quite unpleasant but are not considered life-threatening.

After detox, depending on the individual’s clinical evaluation, the treatment options are inpatient and outpatient rehabilitation programs depending on the severity of the drug abuse. Inpatient programs involve staying in a facility for several weeks or months, and outpatient programs typically involve traveling to the treatment center or hospital multiple times per week. Therapy, 12-Step programs, and support groups are available for all kinds of addiction.

An important aspect of addiction treatment is to ensure that the addicted individual is supported, gains the tools needed to prevent relapse, and that the person’s life is well-balanced and safe. Stress, lack of life satisfaction, co-occurring mental illness, and other distressing factors all increase the risk of going back to the drug. For club drug users, it can be very helpful to get them involved in new activities away from the club scene that will provide them with joy and excitement, and keep them busy. A happy, healthy individual is less likely to return to drugs.

Editorial Staff
Author
The editorial staff of American Addiction Centers is made up of credentialed clinical reviewers with hands-on experience in or expert knowledge of ad … Read More
Read Our Editorial Policy
Related Topics
Related Tags
synthetic
Are you covered for addiction treatment? Find your insurance.
Check My Insurance
Do you have insurance?
Don’t wait. Call us now.
Our admissions navigators are available to help 24/7 to discuss treatment.
Get addiction help now (24/7 helpline)We’re here for you every step of the way.