Written by: Editorial Staff
Updated Sep 7, 2022
About The Contributor

In the 2014 Global Drugs Survey, about 20 percent of respondents from the United States admitted to using some kind of synthetic drug in the year prior.

That means about one person in five in this country has dabbled in a drug that was made in a laboratory.

Drugs like this, which researchers call “designer drugs,” have been specifically developed to produce a high or a euphoric state in people who take them. These are drugs made to make people feel differently about themselves and the world around them. In some cases, these are drugs that can cause huge problems in terms of abuse and addiction.

What Is a Designer Drug? 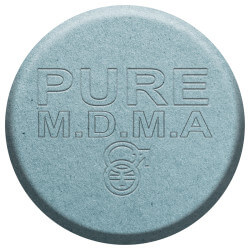 These drug names don’t really roll off the tongue. They come from, in most cases, the chemical structure of the substance itself. So the names might be more familiar to a chemistry student than they might be to a drug user.

These drugs are developed in order to mimic the effects of drugs that are often notorious and banned. Most of them work a lot like cocaine or other stimulants, but one type of designer drug, cannabinoids, does something different. This drug mimics the action of marijuana, and it’s the most popular of the designer drugs, the DEA says.

For some users, these drugs are appealing simply because their legal status is a little unclear. Chemists have worked hard to develop drugs that don’t contain the hallmarks and attributes that drug enforcement communities look for. So that means some drug users can get high with these substances without facing arrest or some other form of consequence.

This is particularly appealing, according to sources quoted by The Post Game, to amateur athletes. These young people could be removed from sports teams if they fail a drug test, but since some drug tests may not pick up synthetic drugs, this use can go undetected.

A second class of users takes designer drugs as part of a multi-drug, pro-drug lifestyle. According to research highlighted in New York Magazine, these drug users scour the Internet for new drugs to try, and they document their experiences to inform others. They may feel that they’re connoisseurs of drugs with enhanced palettes and a boosted sense of what a drug should and should not do. They may take pride in their ability to seek out and try a new drug before anyone else has done so.

To this class of users, designer drugs are appealing simply because they confer status. Unlike other drugs that anyone might take and enjoy, these drugs are unusual and unique, available to only a select few.

It’s easy to understand why people might be tempted to abuse these drugs. But are they addictive? It’s hard to know.

One manufacturer might make the drug a certain way, while another might do things differently. Should regulators ban an ingredient or an element, all the manufacturers might shift things again in order to evade prosecution. That makes performing in-depth studies about the effects of these drugs incredibly difficult. Researchers just don’t know what these things are, much less how they work.

But some research suggests that these drugs at least have the potential to spark addictive changes in the human brain. The cannabinoid drugs, for example, contain elements that are known to work on brain receptors triggered by marijuana, according to the National Institute on Drug Abuse. This means these drugs could be just as addictive as marijuana is, although more research must be done in order to verify that.

Editorial Staff
Author
The editorial staff of American Addiction Centers is made up of credentialed clinical reviewers with hands-on experience in or expert knowledge of ad … Read More
Read Our Editorial Policy
Related Topics
Related Tags
synthetic
Don’t wait. Call us now.
Our admissions navigators are available to help 24/7 to discuss treatment.
Why call us?
Get addiction help now (24/7 helpline)We’re here for you every step of the way.