As evidenced by the record number of overdose deaths that occurred in 2020, substance use has substantially increased. While this is also an issue for the rest of the country, the veteran population has been significantly impacted. Rates of alcohol and substance use have risen among veterans over the past 20 years. Veterans and other […]

As evidenced by the record number of overdose deaths that occurred in 2020, substance use has substantially increased. While this is also an issue for the rest of the country, the veteran population has been significantly impacted. Rates of alcohol and substance use have risen among veterans over the past 20 years. Veterans and other military personnel have inherent stressors such as combat deployment, combat exposure and post-deployment/reintegration challenges, but with the added complication of a global pandemic, anxiety, unemployment, exacerbated mental health conditions, and a host of other contributing factors, the need for treatment has never been more urgent.

Unfortunately, despite struggling with immense issues, it is very common for veterans to conceal their troubles. The stigma still surrounding mental health and addiction are often a barrier to treatment as is the sense of pride instilled by the military.

In honor of Veterans Day, we want to encourage veterans who may have a battle they are silent about to reach out for help. Below are the stories of four veterans who received treatment through the Salute to Recovery program, a treatment track dedicated to veterans and first responders designed to cater to their specific needs. We are highlighting the stories of these veterans as they disclose what led them to seek treatment and a few words for their fellow veterans who might be struggling.

Reaching out for help is an act of courage; it takes great bravery to admit that you need help. For further information and more resources on treatment for veterans, please visit VeteranAddiction.org. 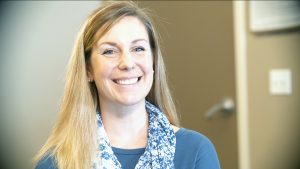 “It was a culmination of events. There were some things between my personality, my upbringing and my job, I didn’t necessarily address some of the traumatic events that had happened to me while serving and also after when I got out. My life started to become unmanageable, essentially, so after the loss of my sister, I resigned from my position to seek treatment. It got to a point where I needed to ask for help, I couldn’t do it on my own. It started hitting me from different angles and I started to feel like I couldn’t keep my head above water.”

“Swallow your pride. It’s okay to ask for help. We can’t always do this alone and you’re not alone. We don’t always think of experiences as being traumatic at the time – it happens, but you have a mission and you move on. But it doesn’t go away and it’s still in your head. Do it, what do you have to lose?” 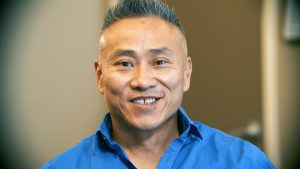 “After I got out of the military, I experimented a little bit. One day, I was with someone and they pulled out drugs. One thing lead to another and after using, that’s all it took for me. I ended up getting into a bit of legal trouble, and through the district attorney’s office, I was connected with Lisa in New Orleans and here I am. Plain and simple, I stopped doing the things I was supposed to do. I have a family at home and it got to the point where I needed to fix myself before I could take care of them. ”

“If you keep drinking or using you’re going to die. If you’re going back and forth, make the plunge and reach out for help. I know they can help anyone, they helped me. They saved my life and for that I am truly grateful.” 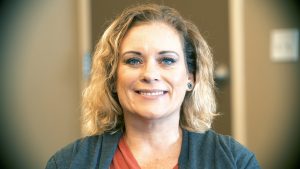 “It kind of built up over the years. I went through periods of really heavy drinking, I went through periods of little to no drinking, and went up and down based on different life experiences. I think I dealt with a lot of guilt for things that really weren’t my fault, a lot of things dealing with trauma. Veterans Day 2019 was really hard. It brought up a lot of old memories that I had repressed and having a three-day weekend was bad timing. I woke up on Veterans Day and it was just too much, I was done. So that was the day I decided to make a phone call.”

“Don’t let your excuses get in the way. I had hundreds of them, and I also had hundreds of reasons why I didn’t need to go to treatment, ‘I wasn’t that bad, I have a career, I have all of these great things in my life, I don’t need rehab, I’ll just cut back.’ I realized that I deserve better and that I really can have a happy life and I deserve to be healthy. If you’re thinking about it – stop thinking and go.” 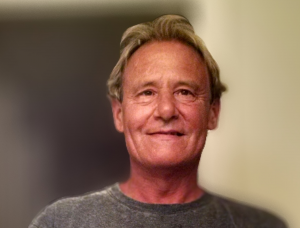 “Basically, my life has been in turmoil since I was 10, which is when I started drinking. As I grew up in the late 60s – early 70s, when drugs were prevalent, I pretty much got involved with everything. I joined the Air Force at 17 hoping things would change, but my alcoholism got worse. It was difficult to speak to someone about what I was experiencing. I had in my mind that discussing emotional and mental problems were just not what you do in the military, so I didn’t. It took a long time, but after a brief period of sobriety, I came to the difficult realization that I was not in control of my alcoholism and addiction.”

“First, I’d say that the stigma attached to addiction is not warranted. It’s a disease that’s changed your brain; it’s not something you’re doing, it’s something you have. Seek the help of professionals who know how to treat this and be open-minded and willing to imagine a different way of looking at things. If it can work for me, it can work for anyone. I learned how to live a sober life and it turned out better than I thought it could.”

Share
Get addiction help now (24/7 helpline)We’re here for you every step of the way.