The Effects and Dangers of K2

K2 is a kind of synthetic cannabinoid that is also known as Spice. According to the National Institute on Drug Abuse (NIDA), K2 and other synthetic cannabinoids are manmade chemicals that can alter a person’s mental state. These chemicals are usually sprayed onto some kind of plant material, which gives them a more natural appearance and enables the consumption of the substance through smoking. K2 is also sold in liquid form, so it is can be vaporized and inhaled through that method. This is commonly done with vaporizers and e-cigarettes.

The Basics of K2

K2 belongs to a category of substances known as new psychoactive substances (NPS). These substances were not regulated for some time, which has historically made them easier to obtain than regulated drugs. There are now hundreds of brands of synthetic cannabinoids on the market, and they can be obtained at a variety of stores as well as online.

Today, however, many of the chemicals commonly found in K2 have been scheduled as illegal. Chemists are consistently attempting to skirt these regulations by changing the chemical compounds in the drug, according to the National Center on Addiction and Substance Abuse. This can result in more unpredictable and dangerous concoctions that can lead to overdose. 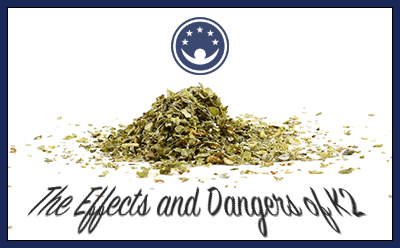 K2 and other synthetic cannabinoids are often referred to as synthetic marijuana, but this term is misleading. Though some of the effects of K2 and marijuana can be similar, the substances are not chemically related in any way. Drugs like K2 are often marked as a safe alternative to marijuana, though this is not the case; the effects of K2 can be unpredictable and dangerous.

Packaging often warns that K2 is “not for human consumption,” but users disregard this warning, knowing it is only there for show. The disclaimer is simply about exploiting a deniability loophole. There is a lot of false advertising when it comes to K2, as labeling will often indicate that the packages contain natural material. While K2 does contain some natural material, the effects of the drug come solely from the synthetic chemicals that have sprayed onto the dried plant substance.

Misinformation is a serious problem regarding this relatively new drug, as people are not as educated on K2 as they may be on more traditional illicit substances.

K2 interacts with the same brain cell receptors as delta-9-tetrahydrocannabinol (THC), which is the active chemical in marijuana. This is the reason that the drug is commonly associated with marijuana and sometimes referenced as synthetic marijuana.

K2’s effects on the brain can be more significant than those of marijuana, making the drug more unpredictable and dangerous.

Some of the reported pleasurable effects of synthetic cannabinoids include: 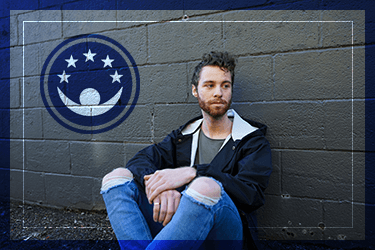 However, these are not the only effects, as users have also reported the following psychotic effects:

According to the Drug Enforcement Administration (DEA), K2 stays in a person’s system for a long time, and the long-term effects of the drug are still not fully known. Individuals who have taken K2 have exhibited more serious short-term symptoms than mentioned above and been admitted to the emergency room for serious issues. Such problems include:

It’s clear that while some effects of K2 are similar to those of marijuana, there are some that do not mirror marijuana at all. Such effects can result in dangerous behaviors, and individuals putting themselves in risky situations. Like all synthetic substances, it’s difficult for users to know exactly what they are getting when they purchase these substances.

Find Drug Rehab Near You

In 2010 alone, more than 11,000 people were admitted to the ER as a result of synthetic cannabinoids, according to NIDA. Seventy-five percent of these individuals were between the ages of 12 and 29, showing that the problem with this substance resides mainly with teens and young adults. More than 75 percent of those admitted to the ER with a synthetic cannabinoid-related issue were male.

No deadly overdoses of the drug have been reported, but ER visits appear to be on the rise. New York City reported about 8,000 ER visits related to K2 between January 2015 and July 2016.

A 2016 study done by NIDA showed that K2 use can begin at a very young age. Nearly 3 percent of eighth graders surveyed reported using the drug, and that number increased with age, landing at 3.5 percent among 12th graders. The Monitoring the Future Survey conducted in 2014 showed that synthetic cannabinoids were some of the most abused drugs among high school seniors, second only to marijuana. However, since regulation regarding K2 has increased, use in high schools has seen a general decrease.

“As K2 is becoming more potent due to altered makeups and higher chemical concentrations, it is becoming easier for users to fall into addiction.”

It has been found that synthetic cannabinoids can be 100 times more powerful than marijuana and highly addictive, which can lead to withdrawal if the substance is removed from the user’s system. Withdrawal may result in an irritable attitude, headaches, depression, and anxiety. Depression and anxiety can be particularly dangerous in this case, possibly leading to a relapse in use of K2 or an individual looking to other dangerous substances to quell their symptoms. Withdrawal is an exceptionally unstable time for an individual with a physical dependence on a substance, so medical supervision is advised.

While new psychoactive substances like K2 are difficult to control due to the ever-changing chemistry involved in the synthesis of the drug, authorities have been cracking down significantly in recent years. In 2011, five common components of K2 were classified as Schedule I drugs, according to the DEA.

State, city and federal officials are consistently attempting to stiffen regulations on the sale of synthetic cannabinoids. New York City, for example, has banned the use or sale of any variant or version of the drug in an attempt to close some of the loopholes for manufacturers and distributors of K2. There have also been significant arrests and seizures relating to synthetic cannabinoids, which should serve as a significant deterrent for manufacturers.

K2 is even more dangerous due to prevalent myths regarding its status as a “safe” substance. People mistakenly believe the drug is safe, and as a result, they may chronically abuse it, risking serious dangers and addiction

Significantly more potent and dangerous than marijuana, K2 has been responsible for thousands of emergency rooms visits and short-term health problems. While the information on long-term health effects is still limited, problems that arise in the short-term should be enough of a deterrent for people to consider.

K2 is not a safe drug; it’s a highly addictive and unpredictable substance.

Signs of K2 overdose may include:

Seek medical attention immediately if you or someone you love might be experiencing an overdose.

Editorial Staff
Author
The editorial staff of American Addiction Centers is made up of credentialed clinical reviewers with hands-on experience in or expert knowledge of ad … Read More
Read Our Editorial Policy
Related Topics
Related Tags
herbal
synthetic
Are you covered for addiction treatment? Find your insurance.
Check My Insurance
Do you have insurance?
Don’t wait. Call us now.
Our admissions navigators are available to help 24/7 to discuss treatment.
Why call us?
Get addiction help now (24/7 helpline)We’re here for you every step of the way.