Drug Use among Those with Complex Post-Traumatic Stress Disorder

Some traumatic events cause people to feel stressed for a prolonged period of time. This means people can feel the stress of that trauma for weeks, months, or even years after the event. According to the Department of Veteran’s Affairs, current guidelines used to diagnose people with post-traumatic stress disorder (PTSD) don’t always take long-term trauma into account. 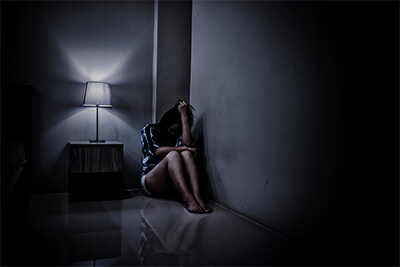 What Is Complex Post-Traumatic Stress Disorder?

Complex post-traumatic stress disorder (CPTSD) is a more involved form of PTSD that may occur in people who repeatedly experience trauma. In addition to feeling many of the same things as people with PTSD, those with complex PTSD (CPTSD) may experience changes in how they respond to stress or how they see themselves.

Complex PTSD is usually seen in people who have survived the following (usually for long periods of time):

Some common PTSD symptoms include:

People with complex PTSD suffer from the above symptoms, but they usually also experience additional symptoms.

According to a 2015 study published in Clinical Psychological Science, between 0.6 percent and 13 percent of military veterans who have been exposed to trauma may suffer from CPTSD. Some things can make CPTSD more severe, such as:

The most prevalent effect of complex PTSD is feeling intense anxiety when remembering the event at hand. Again, those suffering from CPTSD may feel that they are reliving the traumatic event, and they may often think of the trauma despite their desire to not focus on it.

A person may completely change their life after a series of traumatic events. That is, they may change their behaviors, belief systems, and self-perception.

One common issue that is often diagnosed with PTSD or CPTSD is misuse of alcohol. In addition, CPTSD is often connected to mental health illnesses, misuse of other substances, and a need for healthcare.

Many existing treatments for PTSD can also treat CPTSD effectively.

CPTSD and Misuse of Substances 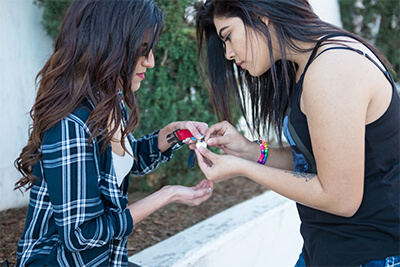 Though we still need more data on CPTSD and substances, the National Center for PTSD has a lot of data on PTSD and the use of alcohol and drugs. Living with PTSD may contribute to problems with drinking. Some illuminating statistics about drinking and PTSD are:

Dissociation interrupts self-awareness, memory, identity, and consciousness. These interruptions can cause a person not to remember certain things and cause people to feel a break in their personality. Some PTSD and CPTSD sufferers may use dissociation as a way to cope with trauma.

Some common signs of dissociation caused by CPTSD and PTSD are:

Even more severe symptoms can include:

Some risk factors for people who experience these more severe symptoms are:

More research needs to be conducted on the prevalence of CPTSD and dissociative identity disorder (DID). The Australian and New Zealand Journal of Psychiatry reports that DID may be present in up to 1 percent of the general population.

According to a paper published in Depression and Anxiety, about 20 percent of people who suffer from PTSD self-medicate with substances in order to deal with its symptoms and their past trauma. This results in a lower quality of mental health, and it increases the risks of suicide ideations and attempts. Still, the report emphasizes the need for additional research on self-medication and PTSD.

Though some people with PTSD may use prescription or illegal drugs in order to cope with symptoms of PTSD, many use alcohol. One theory on the link between alcohol and PTSD is that alcohol might release endorphins that help an individual feel better. 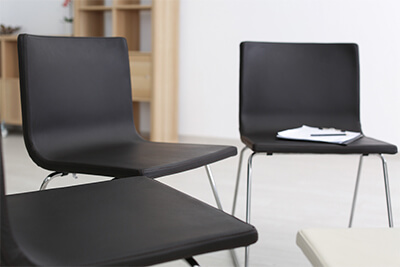 According to the National Institute of Drug Abuse, using an integrated approach can help people dealing with co-occurring substance abuse and mental illnesses, such as CPTSD. Up to 6 out of 10 users of illegal or illicit drugs may also be dealing with mental health issues.

According to the Substance Abuse and Mental Health Services Administration, there are ways to recover from both a mental health ailment and drug abuse.

We have a number of dual diagnosis rehab centers across the United States. Explore our facilities below.

Where to Find Help

In order to treat both CPTSD and substance use disorder, individuals should look for centers that take a comprehensive approach to dealing with physical and mental health. It’s important that doctors, nurses, case managers, and social workers are on staff. Any program — whether inpatient or outpatient — should be accredited and have a license.

It’s important that treatment facilities have services available right away because people who deal with mental health and substance abuse issues may change their minds quickly and decide against treatment. As soon as the person agrees to get treatment, they should enter a program.

Support from family and friends is critical to a successful recovery process. During treatment, providers will encourage clients to build a strong support system. This will consist of people the individual can turn to for encouragement and support when they are facing temptation to relapse.

While there is no cure for CPTSD or addiction, both disorders can be managed with long-term care.