Emmalynn Pepper Clemmensen, M.S., LPCC, CRC
Related Topics
This article examines some of the challenges faced by service members and veterans of the U.S. Marine Corps, including substance abuse, mental health concerns, or a combination of both. This article will also review how to get help with these concerns, including information about veterans’ rehabilitation treatment facilities.

Substance abuse is a very big concern, especially in the U.S. Marine Corps, as it can occur after an initial unhealthy pattern of substance use to cope with mental health struggles such as post-traumatic stress disorder (PTSD), depression, and anxiety.1

Addiction is a chronic medical disease characterized by the use of substances or engagement in behaviors that become compulsive and often continue despite harmful consequences. Addiction sometimes develops alongside tolerance, when you begin to need to use an increasing amount of a substance to experience the same effects that you once experienced after using smaller amounts.2 Those who are addicted to a substance might also struggle with symptoms of withdrawal when stopping use of that substance.2

Alcohol use is common among veterans who struggle with addiction.3 Tobacco, marijuana, opioid, and cocaine use among veterans are all of concern as well.3

Service members may begin drinking during active duty due to stress, lack of other activities to participate in, isolation, and as a way to bond with other service members.4 However, this can become an unhealthy pattern that persists even after active duty has been completed. More than one-third (38.6%) of male Marines engage in heavy alcohol use, compared with 17.8% of the male civilian population.4 Furthermore, 12.9% of female Marines engage in heavy drinking, compared with 5.5% of the female civilian population.4

Some of the signs of alcohol abuse include:2

Drug abuse is another major concern among military members. Approximately 12.7% of veterans are diagnosed with a substance use disorder.5 Furthermore, this rate seems to be increasing over time.5

The signs of drug abuse are very similar to the signs of alcohol abuse described above and may include:2

PTSD is one of the most common mental health disorders found among the U.S. Marines7, and anxiety and depression are common as well.8 Some of the signs of PTSD include:2

Mental health is a major concern among service members and mental health disorders become especially problematic when they are combined with substance use.

Co-occurring illnesses can also include having multiple mental health disorders at the same time. Unfortunately, it has been found that PTSD and depression co-occur 48%-60% of the time in veterans who served in Iraq and Afghanistan.10 Furthermore, in Iraq and Afghanistan veterans PTSD also co-occurs with substance use disorders (SUD) 34%-88% of the time, and these rates seem to be increasing over time.10 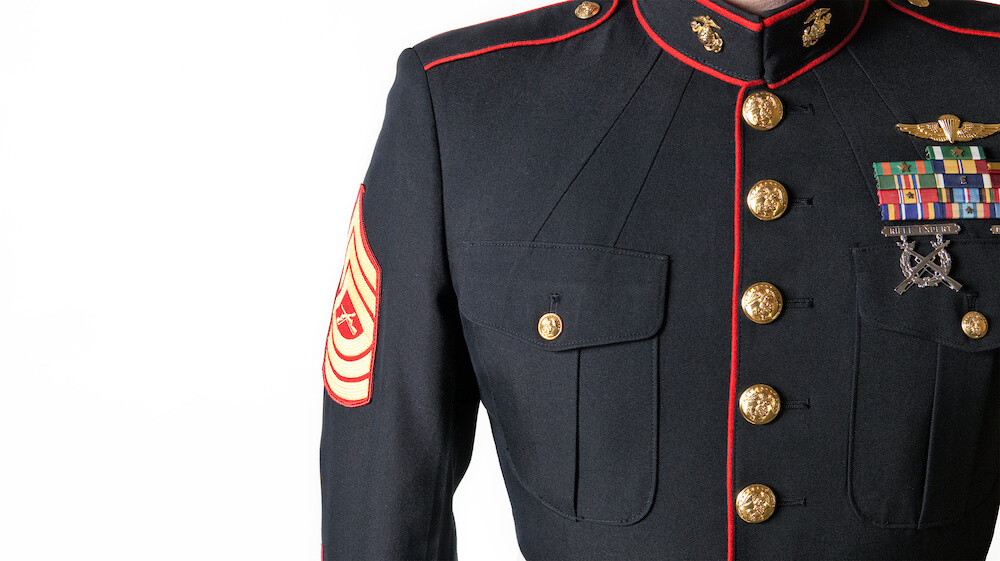 The rates of substance abuse and mental health disorders within the military population may be even higher, as many service members do not report these concerns or seek treatment due to the potential for stigma from needing help.11

This stigma exists because many veterans fear that if they seek treatment this may result in poor performance evaluations or decreased chances of promotions. They may also not know where to get help.11 Sharing experiences with substance use and mental health struggles can help veterans feel less alone and also encourage them to open up about their struggles. Furthermore, education about such challenges and where to find help can also reduce stigma.

Some service members may feel more comfortable reaching out for help via phone or text, rather than going to an in-office appointment. The following Department of Veterans Affairs (VA) helplines may provide additional help for those with a substance use disorder or mental illness:

Another great resource that veterans can use from the safety and security of their own homes is an online substance abuse assessment.12 This tool can be used to educate veterans about their alcohol use, which can assist with determining what steps to take next regarding seeking help and treatment options.

Military service members who have not been dishonorably discharged may qualify for VA health benefits, which can be used in addition to private insurance.13 Veterans can apply for such benefits via phone or online.13 Programs and services used to treat mental health and substance use disorders, such as therapy and rehabilitation programs, may be covered under these benefits as well.

The VA offers a wide variety of treatment services and programs for veterans with mental health and SUDs. These services include outpatient therapy, residential treatment, support groups, and crisis lines. Furthermore, some services can be received through community care providers, rather than directly through VA rehabilitation centers, through the MISSION Act Community Care program, which aims to make healthcare programs and services more accessible to veterans.

What is Salute to Recovery Program?

The Salute to Recovery Program is a unique program for veterans that focuses on the treatment of co-occurring disorders. This program offers a wide variety of services and programs, including:

It is unique in that it also focuses on topics that are specific to veterans, including military culture and trauma related to military experience.

The Salute to Recovery program is provided by Desert Hope which is an American Addiction Centers (AAC) treatment facility. AAC provides a 90-day promise, meaning that they guarantee you remain sober after completing their 90-day program, and if this does not happen, then you will receive 30 days of treatment for no cost.

Substance abuse and mental health disorders are a significant source of concern for military service members, including those in the U.S. Marines. Therefore, it is important to take these challenges seriously and educate service members and their loved ones about signs and symptoms to look out for, as well as how to find help when needed. Taking these steps will hopefully reduce the stigma surrounding these issues, especially in the military, and lead to healthier and happier services members and veterans of the U.S. military.

Emmalynn Pepper Clemmensen, M.S., LPCC, CRC
Related Topics
Don’t wait. Call us now.
Our admissions navigators are available to help 24/7 to discuss treatment.
Why call us?
Get addiction help now (24/7 helpline)We’re here for you every step of the way.