How Long Does Vyvanse Stay in Your System? 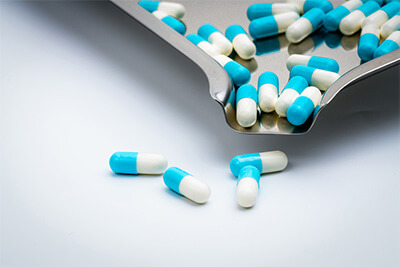 Vyvanse (lisdexamfetamine dimesylate) is a stimulant medication that is approved by the Food and Drug Administration (FDA) for the treatment of the disorder attention deficit hyperactivity disorder (ADHD) and moderate to severe binge eating disorder (BED). The drug is approved for use in individuals over 6 years old for ADHD and over 18 years old for BED. Vyvanse is not approved for weight control, to assist with weight loss, or for the treatment of obesity, like many central nervous system stimulants are, although some individuals may use it in this capacity.

Vyvanse is a controlled substance, classified by the United States Drug Enforcement Administration in the Schedule II categorization of controlled substances. It requires a prescription from a physician. Stimulants like Vyvanse may often be used by physicians for off-label purposes, such as to counteract lethargy, address hypoactive delirium, or even as an aid to improve focus for individuals with neurological issues that result in cognitive problems. Because of the way that Vyvanse is metabolized in the system, it may be less likely to be used for these purposes than other stimulants.

According to the book Workplace Drug Testing, the length of time that a drug remains in an individual’s system is often estimated or measured by the drug’s half-life (the time it takes normal metabolic processes to reduce the concentration of the drug by half ). Lisdexamfetamine, the active ingredient in Vyvanse, is naturally metabolized into the stimulant dextroamphetamine. Lisdexamfetamine would only be detectable for a very short period of time (only a few hours in most cases). Instead, dextroamphetamine, which has a half-life of about 12 hours, would be detectable for longer. Dextroamphetamine is an amphetamine-like substance that would show up on most drug tests.

For general purposes, it can be estimated that it takes about 5.5 half-lives of a particular drug for it to be eliminated from the body. However, numerous factors can affect the metabolism of any drug, including the person’s weight and gender, whether or not the drug was taken in conjunction with other drugs, and how much of the drug was taken.

The duration of effects of Vyvanse range between 10-14 hours.

How Long Does Vyvanse Last in the System? 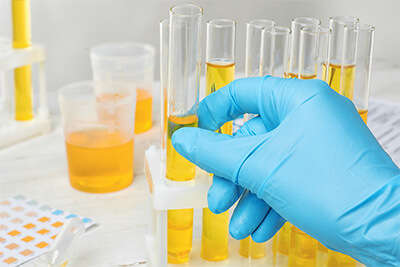 Vyvanse was originally believed to have a lower potential for abuse compared to other prescription stimulant drugs like methylphenidate (e.g., Ritalin). However, drug abusers are often eager to try new substances and adapt them to their needs; thus, Vyvanse is a potential drug of abuse.

Hair analysis typically has the longest detection window, although it may take a few days before a hair sample would test positive for Vyvanse or its metabolites. Typically, Vyvanse would be detectable in a hair sample for about a month after the person took the drug.