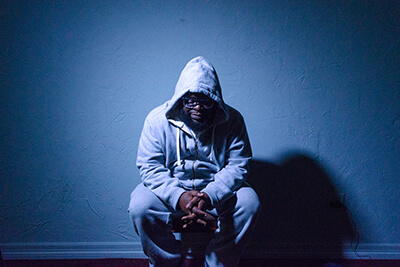 Codeine (3methylmorphine) is an opiate or narcotic medication. All opioid medications are either extracted from the poppy plant or synthetic substances that are similar to substances occurring in opium. Codeine belongs to the same category of medications as morphine, Vicodin, OxyContin, etc., and is also a controlled substance. Codeine is frequently associated with the creation of “lean.”

The United States Drug Enforcement Administration (DEA) classifies all formulations of codeine that contain less than 90 milligrams of codeine as controlled substances in the Schedule III category, whereas other substances containing codeine are classified as Schedule II controlled substances. This indicates that codeine can only be purchased with a prescription from a physician and that it carries a moderate potential for abuse and the development of physical dependence, which can vary slightly depending on its concentration.

All narcotic medications have significant effects on an individual’s subjective experience of pain, and codeine can definitely be used for pain relief; however, it is more often used as a cough suppressant in formulations of cough medicine and as a sleep enhancer. It is most commonly prescribed in a liquid or pill form. Like all narcotic medications, anyone who uses the substance regularly for more than several weeks may develop some level of physical dependence on it.

According to Drugs The Straight Facts: Codeine, the symptoms an individual experiences when undergoing withdrawal from codeine can be quite varied. A person undergoing codeine withdrawal may experience the following symptoms:

Download our brochure to learn more about our approach, treatment offerings, and rehab facilities.

The effects of all of the drugs in the classification of opiate or narcotic drugs are achieved by generally suppressing certain aspects of the central nervous system’s activity (brain and spinal cord). Thus, these drugs are often referred to as central nervous system depressants. This designation does not mean that these drugs cause individuals to become sad and depressed, although in some cases this may occur; rather, the firing rates of the neurons in the central nervous system are suppressed as a result of use of these drugs. Codeine has an added benefit of being particularly prone to bind to neurons in areas of the brain stem that are involved in controlling the coughing reflex, thus making it an effective cough suppressant.

All of these substances also result in a reduction of anxiety, stress, exertion, etc., as a result of their sedative effects. Thus, these substances (both endogenous neurotransmitters, such as endorphins and enkephalins, and opiate drugs) have the potential to induce or motivate an individual to repeat the actions associated with their effects. Some individuals may become “exercise junkies.” They get feelings of reinforcement and euphoria from exercise associated with the release of endorphins in the brain to reduce the subjective experience of stress and exertion. Other individuals get similar reinforcements from taking opiate drugs.

Tolerance occurs when one’s system habituates to the effects of the drug, and the person finds that they need higher amounts of the drug to achieve the effects that were once achieved at lower doses. Tolerance is relatively common for individuals who use all kinds of different drugs, either for medicinal reasons or as a result of abuse. Withdrawal symptoms are less common but do occur in conjunction with repeated use of a number of different medications.

Withdrawal symptoms occur when an individual’s system has been exposed to the drug for a significant period of time and it adjusts its functioning to account for the drug’s presence. When the levels of the drug in the person’s system decline, the system is thrown out of balance, and the individual experiences a number of negative effects that will vary depending on the type of drug or medication being used.

Individuals who have developed physical dependence on codeine will undergo some level of withdrawal symptoms that are often uncomfortable, but not considered to be potentially physically dangerous. However, any individual undergoing withdrawal symptoms may become emotionally distraught and be at risk for engaging in poor judgment or having accidents. As a result, it is always a good idea to consult with an addiction medicine physician or addiction psychiatrist when attempting to discontinue any drug of abuse. If one is prescribed codeine and has been using it for more than several weeks, it’s important to consult with the prescribing physician before stopping use of the drug.

The withdrawal syndrome from any substance can be quite variable and affected by a number of factors. These include:

The approach to treating a withdrawal syndrome from codeine is to get a physician involved in the process. Typically, codeine detoxification consists of medical detox where a physician administering a replacement medication for an opioid drug (e.g., methadone or Suboxone) or some other medication on a tapering schedule. A tapering schedule consists of the physician establishing a starting dose of the medication that results in the patient not experiencing any significant withdrawal symptoms (most often, no withdrawal symptoms at all) and then slowly reducing the dosage of that medication over specific intervals to wean the individual off the drug. This results in the period of withdrawal being extended in length, but the recovering individual does not experience significant negative symptoms associated with withdrawal. In addition, physicians can administer other medications as needed to control any residual symptoms or cravings. Withdrawal management programs are highly successful in helping individuals get through the withdrawal process without relapsing or experiencing any other serious issues; however, they are not sufficient to result in a successful recovery.

The cornerstone of any recovery program for any type of substance use disorder, including those associated with codeine abuse, is therapy. In addition, support group participation, education, and other interventions may be needed and helpful given the individual’s specific case. Individuals who simply go through withdrawal and do not engage in any form of substance use disorder treatment will relapse the vast majority of the time. Formal recovery programs are associated with much better long-term success rates.

Last Updated on March 11, 2022
Share
Editorial Staff
The editorial staff of American Addiction Centers is made up of credentialed clinical reviewers with hands-on experience in or expert knowledge of addiction treatment.
Related Topics
Related Tags
opioid
withdrawal
Don’t wait. Call us now.
Our admissions navigators are available to help 24/7 to discuss treatment.
Why call us?
Get addiction help now (24/7 helpline)We’re here for you every step of the way.