Drug abuse and addiction are associated with high rates of contracting hepatitis C, a life-threatening disease that can cause cancer and cirrhosis of the liver.

The hepatitis C virus is transmitted via blood and other bodily fluids, and one of the most common ways it’s contracted is from sharing a needle used to inject an intoxicant with someone who is already carrying the virus. Having sex with an infected individual can also spread the disease.

Of the people who are infected, 45-85 percent will develop chronic hepatitis C virus (HCV) infection, according to the World Health Organization. There are treatments for the disease, but due to the fact that drug abuse is also strongly associated with poverty, many people delay or never even try to get treated. Eventually, this leads to liver problems that can result in failure of the organ and death.

Symptoms of hepatitis C include:

Mortality rates from chronic HCV have been on the rise, and in 2007 surpassed those of HIV infections.

Despite the known dangers, the nature of substance addiction compels many addicted individuals to share needles, and multiple common drugs of abuse reduce inhibitions and increase risky behaviors.

Focusing on addiction treatment and free needle exchange programs have produced results in reducing infection rates, but persistent poverty and stigma against substance abuse and addiction drive many addicted persons to hide in the shadows and resort to using dirty needles. 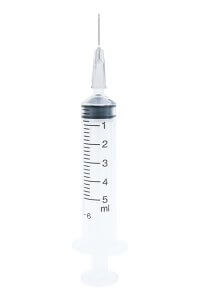 Intravenous drug users are most at risk for contracting hepatitis C. The intoxicants that are injected most often include heroin, cocaine and crack cocaine, and methamphetamine. Injecting drugs is one of the fastest ways to get the substance to the brain, creating an intense euphoria commonly referred to as a “rush.” Long-term drug users will often progress to this method of intake as their tolerance for their drug of choice builds.

As people take an intoxicating substance on a regular basis, their bodies tend to adjust to the intoxicant, so they have to take more and more of the drug in order to get the same effect. Eventually, they would have to take so much to get high that an overdose is likely. Different methods of intake, such as snorting, smoking, or injecting, solve this problem by getting more of the drug to the brain at once. Individuals who get to this point without getting help have often either ended up in poverty or started out in poverty. All of these factors make it more likely that an individual will share needles and contract hepatitis C.

Low impulse control is also a common characteristic of individuals who abuse drugs. This not only makes it more likely that a person would make bad decisions like using a dirty needle, it increases the chances of engaging in unprotected sex. It’s not as common to contract HCV in this manner, but it’s possible. This means that any substance abuse can lead to contracting this dangerous virus.

Hepatitis C can be cured, but addiction disorders complicate the treatment process. Recently approved treatments have a 95 percent cure rate for those with genotype 1 infections, but the program takes 12-24 weeks of taking pills multiple times per day. Assuming that a person with a serious addiction disorder can afford this, it can be difficult to follow a strict treatment regimen if you’re getting high on a daily basis. Missing pills can reduce the chance that the disease will be eradicated. Other treatments involve serious side effects, including depression, which can increase drug-seeking behavior.
Access to treatment is probably the biggest challenge for any person afflicted by an addiction disorder. The testing process to discover the exact type of hepatitis C virus alone is expensive without insurance, which still remains unaffordable for many individuals in the US. Treatment can be given without a liver biopsy, but without knowing how much damage has been done to the liver, medical professionals have to make an educated guess regarding how aggressive treatment should be. Then the high cost of treatment has to be weighed against the possible outcomes of a lack of treatment.

At the same time, those who have contracted hepatitis C due to drug abuse tend to have other health issues, including mental illness and possibly HIV. Mental illness makes it even more difficult to comply with treatment programs. The lack of energy and memory problems caused by depression and anxiety can lead to multiple missed pills. Plus, medication for hepatitis C can interact with many common medications used to treat mental illnesses. Treatment may have to be delayed until adjustments to current medications are safely made. Many intoxicants can do damage to the liver on their own, or at the very least increase the rate of damage done by the hepatitis C virus. The disease itself typically takes a long time to progress, up to around 10 years or more. However, those addicted to alcohol or certain painkillers like Vicodin, which contains high doses of acetaminophen, already have stressed livers. Combining that with hepatitis C means that damage to the liver progresses at a much faster rate. Individuals addicted to one of these substances may need to immediately seek addiction treatment to prevent permanent liver damage.

Addicted individuals do not necessarily have to become abstinent in order to receive treatment for hepatitis C, even if they are addicted to alcohol or another substance that’s hard on the liver.

However, continuous exposure to possibly infected needles can seriously complicate the process, as can the lack of reliability often caused by substance abuse. If it’s found that chronic hepatitis has developed and treatment is necessary to avoid cirrhosis, it’s advisable for any addicted person to use this opportunity to attempt to quit.

Addiction treatment is widely available, including affordable and free options for those who cannot afford high-end rehab centers. Inpatient and outpatient treatment options are available at most hospitals and specialty addiction treatment facilities. For long-term users, it’s highly recommended to speak to a doctor before attempting to detox from an addictive substance as withdrawal symptoms can be extremely unpleasant and even dangerous.

Ideally, addiction treatment should go hand in hand with hepatitis C treatment. Any addiction treatment needs to be done with awareness of this illness as well as any other physical or mental illnesses that an individual might have. It’s very important to let medical professionals know of every substance and/or medication you’re taking before addiction or hepatitis treatment begins.

Once abstinence has been achieved, hepatitis C treatment can begin. If individuals are not diagnosed with chronic hepatitis, they may be given medication to support the liver and then monitored to see if the infection goes away on its own. The classic treatment for chronic hepatitis has been injections of interferon, a natural antiviral agent produced by the body, and ribavirin pills. The most common variant of HCV, found in 75 percent of hepatitis C patients in the US., requires 48 weeks of this treatment due to the fact that it is resistant to medication. Those with less common types of the virus or who are approved for newer medications can be put on a 24-week program.

Maintaining abstinence during hepatitis C treatment can be difficult due to the fact that both interferon injections and ribavirin can produce severe side effects. Interferon tends to create flu-like symptoms, and ribavirin can cause severe anemia. Interferon can also produce psychiatric reactions, including severe depression, mania, suicidal urges, and psychosis. To get individuals through this difficult period, there are specialized programs for people struggling with addiction who also have hepatitis C.

General addiction support groups can also be highly effective in keeping people accountable and keeping their spirits up.

Editorial Staff
Author
The editorial staff of American Addiction Centers is made up of credentialed clinical reviewers with hands-on experience in or expert knowledge of ad … Read More
Read Our Editorial Policy
Related Topics
Related Tags
treatment
Are you covered for addiction treatment? Find your insurance.
Check My Insurance
Do you have insurance?
Don’t wait. Call us now.
Our admissions navigators are available to help 24/7 to discuss treatment.
Get addiction help now (24/7 helpline)We’re here for you every step of the way.